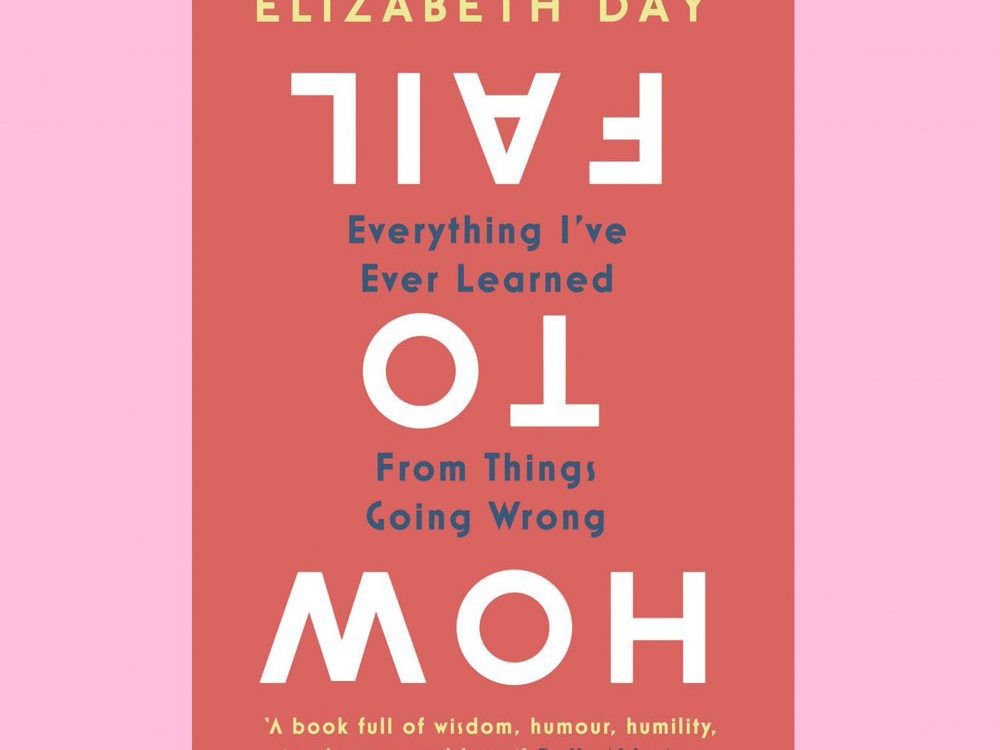 Want to feel seen and understood? This is your book.

You know those books written by women you admire, that you rush to the store or download on your kindle, only to feel a creeping sense of anxiety as you read about their spectacular success? (Let’s be honest, we’ve all been there.)

Elizabeth Day’s book, How to Fail: Everything I’ve Ever Learned From Things Going Wrong is not one of those books. Yes she is successful, and women across generations admire her for her work, but as the title promises – this is not a book that will make you feel like a failure. Instead, it’s perhaps one of the most comforting books I’ve ever read.

Maybe to some people comforting doesn’t sound very sexy, but in today’s world – in the era of #Metoo and the lot that women face – it’s needed. For me, not only was it needed, but it was also refreshing and entertaining. If I could only recommend one book this year, it would be this one. I think a lot of why this book is so comforting is that Day has mastered the elusive art of putting into words universal experiences that are often hard to explain. In other words, reading this book makes you feel seen, and even understand yourself and your own experiences better. Below are six of the most affecting quotes – but the book is full of hundreds more. If you’re having a bad time of it, or even if you’re thriving, this book is for you.

Day talks about her own experiences with a healthy peppering of insight she’s found from her past interviewees. In her chapter on how to fail at fitting in, she quotes Gina Miller who says; “Most bullies act from a place of weakness. They feel threatened and backed into a corner by something – or someone – they don’t understand. Bullying is they way they lash out, but underneath all the bravado, there’s often a fragile individual riven with insecurities and weakness who doesn’t know how to express him or herself when confronted by the unknown.” As much as I thought I’d stop encountering bullying when I became an adult, that didn’t happen. It’s rare to ever figure out how to handle bullies at any age, and I was really struck by this insight. The next time I consider yelling back at someone, maybe I’ll think twice.

Day also tackles what many adults still have nightmares about, and what many of you out there are doubtless still going through: tests. “The sheer number of exams – from SATs to GCSEs to AS and A levels and beyond – means that, at some point, you will probably fail at least one and your sense of self risks being reduced to a series of red biro marks on foolscap and a percentage point informing you that you haven’t passed.” Later she says;  “It was still difficult to separate who I was as a person from the grotesque caricature I built up in my mind of a backward numbskull who couldn’t remember what happened to magnesium when it met naked flame.” This describes my entire university experience. Even though I’ve now graduated, I still occasionally regret not being a ‘better’ student. It literally haunts my dreams. Stupidly, I thought I was the only one who felt this way. So yeah, you could say reading this was comforting AF.

Later in the book I stumbled across something of a revelation; “Succeeding at a test means not defining yourself according to the outcome. It means reminding yourself that you exist separately from those ticks in the margin.” There’s much, much more on this topic and you should absolutely read in full because it gets better and better.

In how to fail at your twenties, she writes; “Like many young women, I mistakenly thought that the best way of feeling better about myself was to get other people to like me and to attempt to survive on the fumes of their approbation.” All I can say at this point is, wow. I wish I had been able to read this at 18. But even as an adult, the need to people-please is still dangerously real. Reading this was the reminder I needed to keep that urge in check

In how to fail at dating, she says; “For the first time in my life, I had to learn that rejection was not necessarily a personal indictment of who I was, but a result of the infinite nuance of what the other person was going through, which in turn was the consequence of an intricate chain of events…that had literally nothing to do with me.” This is something that I think at some point everyone realizes, but it often takes too many years, and too many heartbreaks to get there. Plus, once we realize this, it’s not like the rejections sting any less. But having these words to lean on? That helps for sure.

If you’ve listened to Day’s podcast, you might have heard Phoebe Waller-Bridge’s comments on getting older. She quotes Waller-Bridge in the book; “I feel like there’s a message from society and billboards and all that kind of stuff that is teaching us to hate ourselves. And I always felt like that was a way of controlling us. And the moment I realised that, I was like, “Oh, you’re just trying to control me,” and then that flicked my rebellious switch even more and now I just feel way more fierce than I ever did in my twenties.” …. Does that need any additional commentary? I think not. This is something I want to have written on the back of my hand at all times. I can’t be the only woman who often realizes she’s thinking hateful thoughts about herself – for no reason at all. Personally, wondering why this happens has often kept me up at night, so this idea is pretty revelatory.

In failing at work, she says; “My work life is not perfect, I still struggle with saying no and invoicing’s a bitch. But at the same time, I’ve never felt happier with my job or more professionally fulfilled. A large part of that is because I stacked all the chips and slid them across that table to bet on myself. If you treat yourself as high value, it turns out other people are more likely to do so as well. Because when you play big, it’s difficult to feel small.”