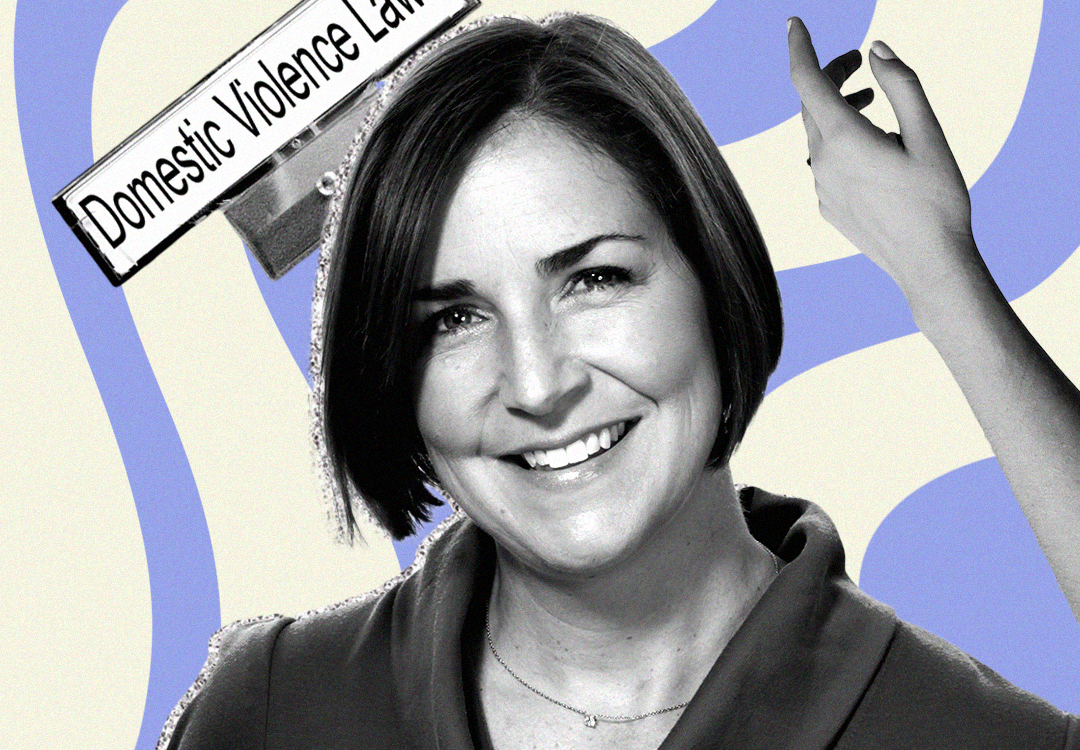 A Domestic Abuse Survivor in Conversation with Nicole Jacobs

The highly anticipated Domestic Abuse Bill has been named a landmark piece of legislation for the U.K., set to include changes such as prohibiting perpetrators of abuse from cross-examining their victims in in-person family courts, and ensuring courts offer special measures to survivors – such as giving evidence through video link. One monumental change included instating a Domestic Abuse Commissioner, Nicole Jacobs. This is an independent role designed to ‘stand up for victims and survivors, raise public awareness and hold both agencies and government to account in tackling domestic abuse’.

Whilst the bill undoubtedly offers hope, survivors like myself are disillusioned. As a domestic abuse survivor who gave up on the institutions designed to protect me, I felt abandoned by the criminal justice system. As a domestic abuse practitioner with over 6 years’ experience supporting survivors, bearing witness to its failings in every single case I’ve supported, entrenched this mistrust. I’m not alone in this. Statistically 2.3 million adults were affected by domestic abuse in 2020. Of them, less than half saw their perpetrator tried in court.

Survivors require transparency. We want assurances that the changes promised in the Bill will translate into safer experiences of navigating the criminal justice system, accessing support, and receiving justice. I was able to voice both personal and professional concerns to Nicole Jacobs herself in this interview.

Firstly, we know that the number of domestic abuse survivors is currently increasing. How can people get help during the pandemic?

Nicole: Lockdown has been extremely dangerous for victims who’ve been trapped with perpetrators for protracted periods of time. I want to encourage everyone to look out for signs of domestic abuse happening to friends, family, neighbours, and colleagues. Domestic abuse is everyone’s business, and we all have a responsibility to speak out where we can.

Charities have responded to the issues presented by lockdown by increasing helpline support, but perhaps more significantly, web chats and online support. The Government launched a You are Not Alone campaign to raise awareness of the issue and has been quick to remind everyone during this third lockdown that lockdown rules don’t apply to those living with domestic abuse. It’s also recently launched a codeword scheme called ‘Ask for ANI’ where victims can go into any Boots pharmacy and some independents to get help. They’ll be taken into a safe space and provided with the chance to call police or domestic abuse charities.

On the back of this, a SafeLives practitioner survey revealed Domestic Abuse support workers don’t feel recognised as key workers. How can you guarantee those on the frontline aren’t left feeling underpaid, overworked and undervalued?

Nicole: We’re hearing from across the sector that community-based staff and refuge workers are exhausted and over-stretched after months of lockdowns and huge increases in the volume and complexity of work. Many are worried they might not have employment in the next few months and I’ve been working across the sector to call on the Government to look at the issue of long-term, sustainable funding beyond the end of this financial year. I’d also like to see an end to short term piece-meal funding. This clear statutory duty on local funders is so necessary; it would give certainty to frontline charities where currently there’s none.

Since the start of Covid, I’ve held regular calls with helplines in England and Wales and with organisations who represent frontline services, as well as officials from Government.  One of the first clarifications made was that Domestic Abuse and Violence against Women and Girls (VAWG) workers are key workers and the Government has provided letters to clarify this. I’m currently focusing on ensuring frontline workers are prioritised to get the Covid vaccine. I cannot thank them enough for the genuinely life-saving work they do.

So many survivors like myself were overjoyed to learn that you’re advocating for additional protection for survivors of post-separation abuse and non-fatal strangulation. For those who may not be aware, why are these so important?

Nicole: The introduction of the Coercive and Controlling Offence in 2015 was a positive step in recognising and responding to this form of abuse, which can have a devastating impact on survivors. We expect the Home Office review to be published while the Bill is in the Lords.  However, we know that coercive control, economic abuse and stalking and harassment, commonly continues post-separation. The Bill needs to include post-separation abuse by extending the offence of controlling and coercive behaviour to beyond the point of separation. This would help bring perpetrators to justice and help to remove a barrier for survivors.

We also know that at least 20,000 women who accessed services as ‘high risk’ were strangled in the last year. They are seven times more likely to die, which is why we’re supporting an amendment for non-fatal strangulation to be a standalone offence. Along with the campaigners that worked so hard to change the law, I’m delighted to see the Lord Chancellor, Robert Buckland, announce that the Government would create a new offence.

The Bill has however been criticized for not going far enough for minority groups. How will you ensure “BAMER” survivors aren’t revictimized by the state?

Nicole: I want to see the Government committing to long-term sustainable funding to support services by and for Black and minoritized women. These services are lifelines and yet chronically and disproportionately under-funded. I support the amendment in the Domestic Abuse Bill that’d see a statutory duty on Local Authorities to provide all services that’re needed in the community.

Migrant women with no recourse to public funds are being failed when they’re already some of the most vulnerable and marginalized in society. They’re regularly turned away from services, forced to choose between facing destitution and homelessness or staying with their abuser, and the Bill doesn’t go anywhere near far enough in supporting survivors who should be able to safely report their abuse to the police without fearing their information will be passed onto immigration enforcement. A recent report agreed that there’s no evidence of any benefit to sharing this information. I’d like the Domestic Abuse Bill to enshrine this firewall in law. I’m also really worried by the new Immigration Rules which could mean migrant victims who’re forced to sleep on the streets may be subject to immigration enforcement.

I want all survivors supported and protected, regardless of their immigration status, by extending the eligibility for the Domestic Violence Rule (DV Rule) and the Destitution Domestic Violence Concession (DDVC) to all migrant victims of abuse, and scrap the No Recourse to Public Funds restrictions for survivors.

For LGBT+ survivors, what needs to be done to ensure organisations offer an inclusive service?

Nicole: It’s essential that we build a better understanding of the LGBT+ survivor’s needs. I’m working closely with Galop, the LGBT+ anti-violence charity and it’s very clear much more needs to be done to ensure there’s the right services for LGBT+ communities. There’s very few LGBT+ specialist services across the country [and] I’ll be supporting Galop’s national work to build understanding of how best to support LGBT+ victims and survivors of domestic abuse.

What plans are in place to ensure more survivors receive criminal justice amidst falling prosecution numbers?

Nicole: I’m extremely worried by the poor – and falling – criminal justice outcomes. We’ve pressed the Home Secretary, Lord Chancellor and Attorney General to take swift action to understand and reverse these worrying declines in prosecutions. The government has agreed to do a further review into why smaller numbers of cases end in prosecutions, and we’d like to see concrete actions come from this. We’re also currently mapping the provision of court-based domestic abuse support that’s currently on offer throughout Covid.

Nicole: I’ve always been a strong advocate for the role of the health system in responding to domestic abuse. I’ve previously worked in health settings to raise awareness and develop practice, and before being appointed DDAC, I worked at STADV which was a partner in Pathfinder – a domestic abuse toolkit for health professionals.

Health services play a vital role in domestic abuse response: a victim could see their GP about an unrelated health concern, but if the doctor spots the signs of abuse they could help them access services. I’ve heard of schemes across the country where all staff at medical centres are being trained to notice the signs of abuse and to refer people to specialist frontline workers. That referral should include the chance for victims to access specialist mental health support where there’s an understanding of domestic abuse and trauma.

We know different parts of the country offer different types and levels of service. My office is mapping exactly what services are on offer across the country, with a pilot project in four areas (Devon, Blackpool, Warwickshire and Southwark) and plan to map the whole of England and Wales before the end of the year.

I’ve often felt that those with governmental influence and institutional power are far removed from the realities of existing as a survivor, so the novelty of being able to pose my concerns to the person who holds the most esteemed position within the sector; the Domestic Abuse Commissioner, was not lost on me. Survivors have been begging for systematic change, for our voices to be heard and for our abusers to be held to account and finally, we have a tangible link between our victimisation and policy change. Nicole Jacobs is the embodiment of this. Her responses tell me she is expertised, experienced, passionate, informed and in touch with the work happening on the ground by frontline workers, activists and survivors themselves. This is promising.

For many of us, the services and officials meant to protect us have let us down and contributed to our trauma – nobody can blame us for expecting and accepting nothing less than the unwavering belief, compassion, and justice we deserve. Scepticism, distrust, and cautiousness become survival mechanisms for those of us whose trauma responses exist to protect us from further harm. Nicola must be particularly held to account by and for survivors with multiple vulnerabilities; those from BAME, LGBT+ and migrant backgrounds whose distrust in authority is compounded by their lived experiences of institutional bigotry. What we need from the Commissioner is for her words in this interview to translate into actions, and these actions must translate into how we safely navigate life free from fear, harm and oppression. The Domestic Abuse Commissioner represents a glimmer of hope that has not yet been afforded to us until now, hope that I for one have not permitted myself to reach for for fear of further disappointment. As both a survivor and practitioner, I earnestly and tentatively await with anticipation for how Nicole’s role transpires into greater freedoms for us all.