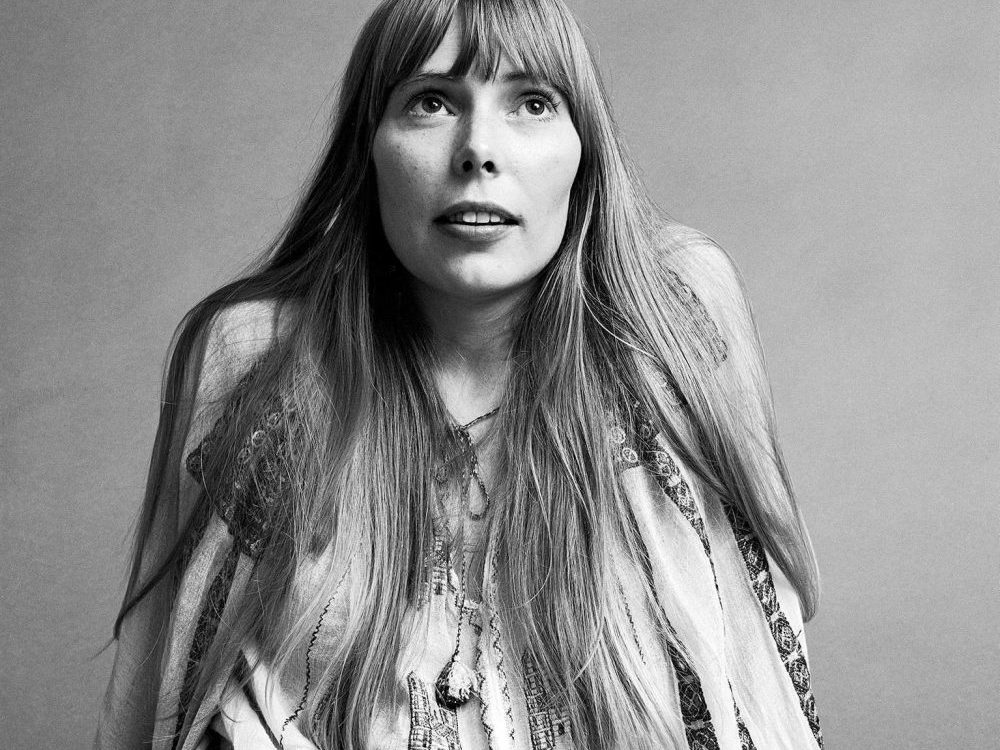 A Love Letter to Joni Mitchell

As the singer-songwriter turns 76, one Restless writer looks at how her songs have influenced him

In December 2017, at the end of one of the worst days of my life, I lay in a darkened room, trying to make sense of the pain. Joni Mitchell’s Blue was playing. The vibrations travelled through my body and pictures started flashing through my head: images of poorly lit bars, four different decades, women and men like myself lying on unmade beds and dirty floors, half-empty bottles of whiskey, cigarette holes in faded bedsheets. People from times gone-by and far-away places, finding comfort in the gentle cry of the artist, coming together in an unprecedented experience of collective solitude.

Her voice was broadcast to millions. And yet, to her fans, she remained a friend, a confidante, someone who whispers secrets in your ear when everyone else has gone to bed. It was on that winter night two years ago when I realised that Joni has changed me: as a man, as a writer, as a lover.

She was my age when she wrote “Both Sides Now”, one of the most beautiful songs of all time. Some people laughed at this flaxen-haired, twenty-four-year-old immigrant from Canada who claimed to have looked at love and life from both sides. She recorded the song again when she was fifty-seven, with a transformed, “beautifully damaged” voice, bulked up with the heaviness of a life lived at its fullest. The conclusion was the same as thirty-three years before: “I really don’t know love at all.”

Mitchell successfully universalised her experience as a person – and as a woman. “Little Green” is a prime example of this, a song about the daughter she gave up for adoption after becoming pregnant with a former lover who then left her (“So you sign all the papers in the family name/You’re sad and you’re sorry but you’re not ashamed/ Little green, have a happy ending”). And then again “I Had A King”, about her short-lived marriage with songwriter Chuck Mitchell when she was just 21: “I can’t go back there anymore/You know my keys won’t fit the door/You know my thoughts don’t fit the man/They never can.”

My discovery of Joni’s music unfolded alongside my exploration of the English language when I first moved to the UK as a teenager. I stumbled into her music – but grew into her lyrics. She filled the vacuum left by my still-limited capacity for meaning and language, I began to understand the world through her metaphors for love and sorrow. I felt as if I was coming back to my senses, after holding my head under water for far too long. She urged me to listen, then taught me to speak.

I think about how hard it was for me to process some personal information, get it out of my system, to face some monsters by pulling them out in the open for everyone to see. I reclaimed my voice and took control of my narrative through an imitation of her shameless exercise of self-confession. That’s exactly what she did with Blue, one of the best albums of all time: a thirty-five-minute-long reckoning, a tender revelation, a dignified baring of the soul that knows no censorship, a call to embrace the flawed beauty of one’s humanity, the normalisation of fragility.

One of the most recognisable songs from the album is “A Case Of You”, in which she sings the memorable lines:

“I remember that time that you told me, you said

Surely you touched mine ’cause

Part of you pours out of me

In these lines from time to time”

It was through heartbreak, the ones she sings of and the one I was experiencing, that I finally understood. Parts of the people I had loved and lost began pouring out of me and into my stories and my work, resulting in a haemorrhage of emotional honesty through which I made sense of the small catastrophes of my existence and finally came into myself.

Looking back at the time she recorded Blue, Mitchell said: “The Blue album, there’s hardly a dishonest note in the vocals. At that period in my life, I had no personal defences. I felt like a cellophane wrapper on a pack of cigarettes.”

So Blue became the anthem of us “cellophane people”, going through life feeling like snow waiting to melt away in the sun. Her music offered me comfort but also became a barometer for me to measure other people’s capacity for love. The album has become a rite of passage for every lover and friend that comes through my house, sitting at the round wooden table in my living room, listening to it on my record player.

Ultimately, her work is a glorification of the brand of fiercely proud melancholy she pioneered through her music. An example of this is “River”, a heart-wrenching Christmas song that quickly became a seasonal favourite:

That I’ve ever had.

Oh, I wish I had a river I could skate away on”

By the time Blue came out she already had three successful albums under her belt, which included hits such as “Woodstock” and “Big Yellow Taxi”. She entered the folk scene at the same time as Crosby, Stills and Nash, Bob Dylan and Leonard Cohen. Despite her rejection of traditional feminism, she declared she fought a constant “battle with male egos” – while admittedly preferring the company of men. She rose above them, shining as an artist and a woman in a man’s world. In an article for The New Yorker, academic Dan Chiasson perfectly described her relationship with men: “Men often wanted Mitchell to be a wife, a muse, a siren, or a star. Instead, they got a genius.”

But her genius transcended the limits of gender, encompassing the different shades of the human experience. I remember the first time I heard “The Circle Game”, on my birthday a few years ago. It was painfully relatable but also prophetic in its description of the disappointment I felt as I entered adulthood and the infantile sense of hope that seemed to resist the blows of reality:

“So the years spin by and now the boy is twenty

Though his dreams have lost some grandeur coming true

Before the last revolving year is through”

Optimism trumps disillusionment. And hope is indeed the other defining element of her art. She wrote about love, anguish, disenchantment, and yet all the emotional labour required to live the experiences that made her masterpieces come to life never wore her out. In her 1991 single “Come in from the Cold” she proudly displayed her heightened capacity for feeling: “I am not some stone commission/Like a statue in a park/I am flesh and blood and vision/I am howling in the dark”.

I had never felt more seen or understood than when I read those lines. Joni took my pain and helped me make beauty out of it; encouraging me to embrace it as a precious asset rather than a disability.

I meant to write a celebration of the artist, but I realise this sounds more like a love letter. And maybe it is, but a different kind: not an “I love you” kind of letter. It goes further, deeper than that: I don’t just love you, Joni, I love through you and, most importantly, I love because of you.