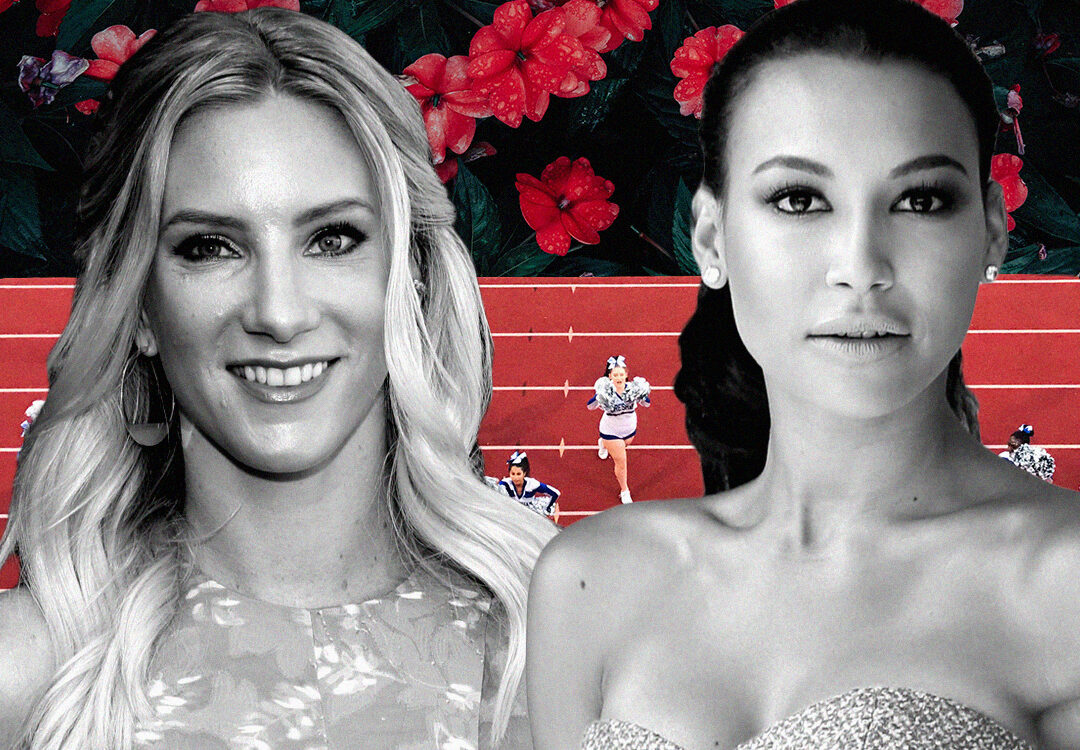 A Love Song For Naya Rivera

As we mourn the loss of Naya Rivera, Charlotte Moore remembers her impact on LGBTQ teens

On July 8th, 2020, Naya Rivera was announced as a missing person. And this morning, her death was confirmed by US police. Hailed as a force to be reckoned with, Rivera was best known for her role on Glee. Outside of this, she was a fierce advocate of LGBTQ rights, a talented performer and mother to her son, Josey. Her death has been felt worldwide, striking a chord with almost all that have read about her loss. But, for many of her fans, those who saw Rivera as Santana Lopez on Glee, there’s a unique sadness at her sudden loss.

You see, it’s hard to believe that things were so different in the late 2000s. LGBTQ rights were being firmly addressed in parliament, and yet, the reality as a small-town Northern teenager was very different.

While I had made peace with my sexuality, coming out was a whole other conversation. My limited experience with LGBTQ womxn meant that lesbian culture, to me, could be summarised as butch. Other than Katy Perry singing about kissing a girl, there was very little acknowledgement of femme queer/ gay womxn quite simply existing. In fact, the word, ‘gay’ in itself was a challenge. Throughout school, gay was a stand-in for “boring”, “stupid” or almost any other synonym for lesser. And, two girls kissing was firmly a fetish, rather than an expression of love.

While I had made peace with my sexuality, coming out was a whole other conversation

It was around this time that I discovered Glee. The show was garish, revolving around a talented troupe of high-school students and their shared love of music.

However, there were two factors that really brought the show to the forefront: firstly, it had several LGBTQ storylines. Secondly, the show was mainstream, a rarity considering the former point. It wasn’t the first of its kind, but for many, it was the first show that felt relevant. It didn’t have the cynicism of Skins or quiet, cult nature of The L Word – this was a prime-time show. LGBTQ people were making their way into living rooms and hearts on a weekly basis.  But, at the very core of it, Glee was a show that was written for lonely teens who badly needed to hear themselves in love songs.

At the very core of it, Glee was a show that was written for lonely teens who badly needed to hear themselves in love songs.

While Brittany and Santana’s on-screen relationship started as a ‘goof’, an in-house joke created by the writing team to acknowledge Rivera and Morris’ chemistry. Yet, Naya Rivera actively championed for queer love stories to be taken seriously. “It’s up to [the] writers, but I would love to represent [LGBTQ people] because we know that there are tons of people who experience something like that and it’s not comical for them in their lives.”

This proved to be a decision that shaped the characters into a real couple. One that squabbled, loved and cherished each other. There was no secret queer coding that fans had to desperately search to see, we watched their journey from the very start to their happily ever after. And, it’s so rare that queer characters get a happy ending, that one character isn’t outed and beaten, or irreversibly changed, that it gave me hope. Spurring me on to start dating, to be proud of my bisexuality in a way I never thought was possible.

And, as we always see with well-written representation, people understood it in a way they might not have done before. In the same way that Eric Stonestreet (who plays Cameron Tucker in Modern Family) is frequently told that gay couples are asked who is the Mitch and who is the Cam in their relationship, Brittany and Santana became a tool to start conversations that we had previously thought of as impossible. In fact, at the 2011 Paleyfest, Rivera explained that “a lot of people have said that [the storyline] gave them the courage to come out to their parents and their friends and their loved ones.” While asking a couple which one of a fictional pairing they are is problematic by 2020 standards, ten years ago, this was an achievement.

It’s so rare that queer characters get a happy ending

Even mainstream media, which is usually so keen to ignore female Queer characters, sat up and took notice. Major publications wrote articles highlighting the nuanced performances of Rivera and Morris, the relatable storylines and the joy of seeing both characters discover their identities, and, of course, underground media celebrated this too. Tumblr blogs dedicated to “Brittana” popped up daily and WattPad was flooded with fan-fiction and art.

Even the song Landslide by Fleetwood Mac was forever changed for so many of us after it was used by Satana to express her true feelings for Brittany.

Even now, in 2020, individuals still credit Santana and Brittany for allowing them to come out. With Glee recently added to Netflix’s UK roster, the show is, once again, being discovered by young Queer womxn. Binged by a whole new generation of teens, TikToks pop up daily to celebrate the Brittana relationship.

Naya Rivera was far more than her on-screen character

The loss of a young, talented person at any time feels cruel, but Naya Rivera’s death feels particularly painful. Naya Rivera was far more than her on-screen character. She was an active champion of the LGBTQ community, a mother, daughter and friend, a fiercely talented singer, performer and actress.

Her presence and performance reminded young LGBTQ womxn of our right to exist, to hold hands, and if we’re lucky, hear ourselves in a love song.