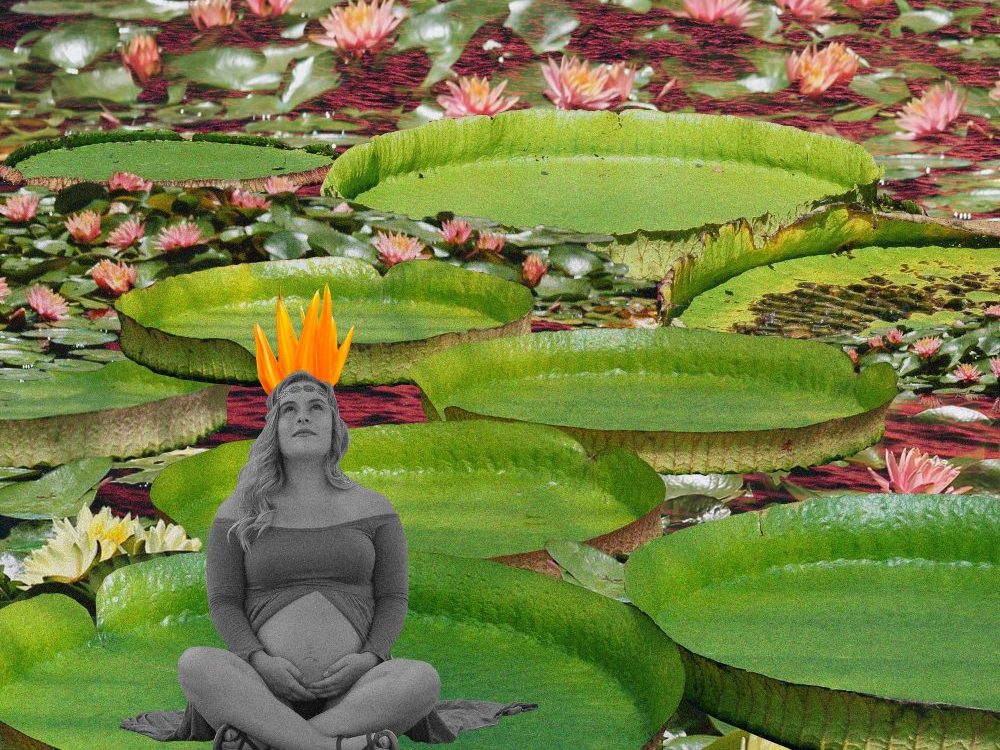 Beth Ward investigates this serious, but preventable problem we all need to start paying attention to

In a 2018 story on America’s National Public Radio, as part of a maternal mortality series in collaboration with ProPublica, reporter Renee Montagne introduces readers to a woman named Samantha Blackwell. Blackwell was 25 years old, working on a master’s degree at Cleveland State University in Ohio, and in good health when she discovered that she was pregnant. She gave birth to a healthy baby, but a few days after leaving the hospital with her newborn son, she found herself in a medically induced coma—the result of a dangerous infection that originated in her uterus. She nearly died, and had to undergo an emergency hysterectomy.

Alicia Nichols also shared her story for NPR’s report. Nichols had a painful, difficult birth that resulted in an emergency cesarean section. A month after giving birth, she felt a “gush of blood” come out of her while rocking her newborn daughter in her living room. She went to the emergency room, where an obstetrics resident told her that she was experiencing “natural postpartum bleeding.” Nichols left the hospital and continued to have episodes of bleeding, but was continually assured by medical professionals that what she was experiencing was menstruation.

According to NPR, Nichols had another bleeding episode two months after her daughter was born, and decided to ignore her physician’s assurances that she was going to be fine. Instead, she showed up at her doctor’s office as soon as it opened. Nichols hemorrhaged in the elevator. What her doctors told her was nothing serious ended up being a life-threatening medical emergency. Nichols’ diagnosis was placental site vessel subinvolution— “this essentially means that the enlarged vessels in the lining of the uterus, which had sent nutrition and oxygen to the developing fetus, had failed to return to their pre-pregnancy state,” according to NPR’s reporting. “They stayed enlarged and intermittently bled into Nichols’ uterus.”

SVI is a detectable condition that can be caught early with a scan. For Nichols, it nearly cost her her life, and like Blackwell, she ended up having to undergo an emergency hysterectomy.

It’s a strange thing to consider women like Blackwell and Nichols lucky, but in the United States – a country where, according to the national Centers for Disease Control and Prevention (CDC), around 700 women die from pregnancy-related complications every single year – they are.

According to NPR, a person who has a baby in the United States is three times more likely to die as a result of pregnancy or childbirth than a person who gives birth in Canada or Britain, and six times more likely than a person in Scandinavia. We are more likely to die in the US from pregnancy-related complications such as infections, hemorrhaging, embolisms, hypertensive disorders and complications from anesthesia, than in any developed country on earth. In fact, per the American College of Obstetricians and Gynecologists, despite spending more on hospital-based maternity care than other countries, the United States is the only country in the world with a maternal mortality rate that continues to rise.

Consider a more harrowing statistic: 60 percent of maternal deaths here were found to be preventable, according to a report published by the CDC.

So why weren’t they prevented? Why is it so dangerous to give birth in the United States?

Medical experts, researchers and policy makers have all been contending with that question and have discovered that the answer is complicated, multi-tonal and in some cases, still unclear.

What we do know is that lack of access to quality, affordable prenatal and postpartum care – especially in marginalized and rural communities – plays a big role. So does an increase in obesity, in chronic health conditions, and in pre-existing health conditions during pregnancy, as well as a rising average maternal age. Some outlets report that a lack of standardized protocols for pregnancy-related complications within hospitals also contributes to the maternal mortality crisis here.

It’s also worth noting that, like Alicia Nichols, women are often systemically, chronically dismissed, disbelieved and disregarded when they come to a medical professional with concerns before, during or after pregnancy. They’re dissuaded against trusting their own instincts about their bodies, told, like Nichols was, that everything was fine when she knew it wasn’t.

But perhaps one of the most important factors to understand is that in the United States, how life-threatening a pregnancy is going to be is often determined by race. Black women in the U.S. are three to four times more likely to die from pregnancy-related complications than non-Hispanic white women, according to the American College of Obstetricians and Gynecologists. Native American and Alaska Native women also have higher rates of maternal mortality than white women.

According to the Black Mamas Matter Alliance, an organization that advocates and advances research that supports black mothers, “in some American cities, the maternal mortality rate for black women is now higher than the MMR in many developing countries,” due to factors such as systemic racism, inequity in the quality of and access to prenatal and postpartum medical care, profound social and economic inequality and discriminatory healthcare practices. BMMA also notes that “it is this disproportionate risk that black women face during and after childbirth that drives the maternal mortality and morbidity crisis in the United States.”

All of this to say what many women in the U.S. already know – that the personal is inextricable from the political when it comes to our health. And that for better or worse, policy also plays a key role in health outcomes. This is especially evident now, when American women are confronted daily with politicians and legislation that show a blatant disregard for their health, when men in power make clear that their priority is not to protect women’s reproductive healthcare, but to dismantle it.

Thankfully, some of the Democratic candidates for the 2020 presidential election have already begun addressing maternal mortality as a part of their campaign platform.

In 2018, New Jersey Senator and Democratic candidate Cory Booker, along with senator and candidate Kamala Harris and former candidate Kirsten Gillibrand, introduced the Maximizing Outcomes for Moms through Medicaid Improvement and Enhancement of Services or MOMMIES Act, which would extend Medicaid healthcare coverage to women from 60 days to one year after giving birth. It would also increase access to doula services, and give pregnant or postpartum women full coverage under Medicaid.

Indiana Mayor and Democratic candidate Pete Buttigieg announced that as president, he would take a “comprehensive approach” to tackling the crisis, and introduced a plan called the Douglass Plan for Black America which included the creation of coalitions to tackle health disparities and discrimination in marginalized communities. He’s also introduced a plan that would confront healthcare disparities in rural areas of the country where access to pregnancy-related care is limited.

Democratic heavy hitter Joe Biden has said that he believes quality healthcare is right, not a privilege, calling the U.S.’s current maternal mortality rate a “disgrace.” He cited – vaguely – the investment of more resources into research and healthcare services and access as a potential solution to the crisis.

Elizabeth Warren, another popular candidate, has suggested a vague plan that would reward hospitals that improve health outcomes for black mothers-to-be, and financially punish those that don’t. She’s also suggested that healthcare systems should have be able to cover things like prenatal and postpartum doctor visits, doula care, lactation support, and screenings for pre-existing conditions that could impact pregnancy.

Restless also reached out to some of the other Democratic candidates – Julián Castro, Andrew Yang, Tulsi Gabbard, Mike Gravel and Wayne Messam – who’ve yet to comment or come out with a plan for tackling the maternal mortality crisis, asking them how they might consider confronting the issue.

Only Messam’s campaign responded: “I would support federal legislation that supports state expansion and creation of Maternal Mortality Review Committees,” it said. “These multidisciplinary committees, comprised of local health experts, study cases of maternal deaths and recommend improvements to prevent future adverse outcomes. I would also boost funding to prenatal care for Black and low-income, at-risk women, for access to prenatal care is known to reduce death rates.”

As promising as some of these plans sound, they won’t be enacted tomorrow, and the health and safety of pregnant women in this country is at risk today. Organizations like the Black Mamas Matter Alliance understand that, and are one of many groups doing the work on the ground to protect new mothers and moms-to-be, through policy, advocacy, research, outreach, and community engagement. In the state of California, the number of women dying as a result of childbirth has been reduced by over half since 2006, partly as a result of the California Maternal Quality Care Collaborative – though disparity in MMR rates across racial lines still exist there. And maternal mortality review committees are also being formed around the country to comprehensively collect, review and analyze data that could help prevent cases of maternal mortality and morbidity in the future.

What is clear is that it’s going to take on-the-ground work from medical professionals, medical facilities, local and national advocacy groups, and grassroots organizations that is supported by smart, comprehensive, practical legislation on the local and national level to protect pregnant people in this country. It is hard work. But it is imperative work.

Our lives depend on it.