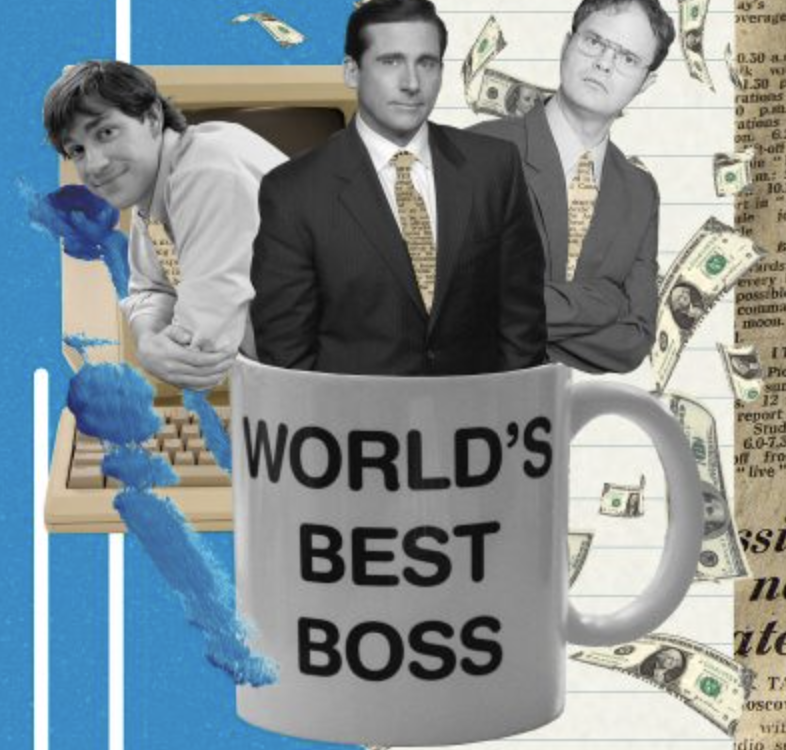 An Ode to the Office

Charlotte Moore explores the failure behind her favourite show

We all have *that* show

The one that we can go back to time and time again. A show that feels so achingly familiar and watchable that it’s like returning to your childhood home. For me, and as it turns out, many others – it’s The Office.

Recently celebrating its 15-year anniversary, it made me wonder what exactly it is about The Office that has led to the show’s continual success. And, why –even during a pandemic –is it still watched by millions?

But, we can’t talk about the US version, without discussing the original. The bitterly-comedic UK show, led by Ricky Gervais was a genre-defining piece of art. And, as the US version began to grace our screens, I dismissed it. Another cloying American spin-off that could only leave me disappointed. I sneered at those who celebrated it, until my (at the time) housemate, asked if they could stick it on in our communal living room.

Six hours later, I had cried and laughed. I’d instantly fallen head over heels for Micheal Scott and Dunder Mifflin. I acknowledged that the US did something the UK’s Office couldn’t, it offered the characters room and space to grow. Imagining an episode where Tim and Dawn got hitched seems ridiculous, but, for Jim and Pam, their joy was earned. For me, there isn’t an argument for ‘better’, but I prefer to see them as two, very different shows.

But, ask which I could watch all day? The US version. Easily.

While Amazon remains fairly tight-lipped on viewing figures, it’s clear that The Office is a huge show for the platform. In fact, Gen Z are hooked. With Billie Eilish sampling an episode on her latest album and new memes created daily, I wonder, in 2020, what is it about The Office that still appeals?

While Friends relied on aspirational living, The Office lives and – more importantly – revels in the mundane. A grim, grey office located in an out-of-town business park sets the tone pretty early on. Another important factor is the nature of the business. Selling paper in an increasingly paperless world offers relatively low stakes compared to other shows, but for the characters of Dunder Mifflin, it’s their livelihood. The very nature of your job feeling completely pointless is one that so many of us can relate to.

And, it’s this empathy with their audience that really makes The Office a success. We all know a Dwight in some form, we’ve all been judged by an Angela and we’ve all been Jim, the feeling that we don’t quite ‘belong’ where we currently are. The idea that our current career is temporary, simply a stop-gap until something better comes along. There’s a familiarity to it that shows like Friends couldn’t always capture – the cast of Friends achieved their dreams in huge, rent-controlled apartments. Whereas The Office celebrates failure. Dwight’s desperation for recognition, Jim’s boredom and need for something better, Pam and her dreams of being an artist. These characters didn’t necessarily succeed in what they’d planned. But, they found joy in other places. Even, to some extent, in each other.

The other big appeal of The Office is Michael Scott, deftly played by Steve Carell. Michael’s inability to empathise or even understand his colleagues is often ridiculous and yet, rooted in emotion.

There’s a part of all of us that feel like we don’t really know what we’re doing in our job, or even in our career. And, Michael embodies that. He also grows from series to series. He becomes more human, his bumbles and errors are quite simply that, they’re not rooted in malice or spite. Just a person, trying to understand another.

And, this is more clear than ever in the episode ‘Threat Level Midnight’, in series 7, where Micheal invests years into creating a low-budget, homemade action film. The film is ridiculed by Holly and the team and, initially, Micheal is devastated. Until he sees that everyone is enjoying watching it – despite it not being the critical success he hoped for. That even if what he created won’t win awards, it does bring joy to his colleagues and friends

And, I think that’s the core message of The Office. We should celebrate failure.

Pam doesn’t become the artist that she dreams of being, but she finds happiness elsewhere. Michael, who so desperately wanted his employees to be his friends, finds Holly. In his final episode, he says ‘So, Holly’s my family now’. Daryl, who dreams of seniority, finds a role that allows him to use his skills, even if it isn’t as a boss. Even Angela, who desperately wants to be seen as ‘holier-than-thou’, finds that her affair with Dwight is the only thing that makes her happy. And, admitting to her ‘sins’, sets her free. You see, while the characters of The Office don’t always get what they want, they do often find what they need.

The Office is the story of a somewhat ordinary job. Of familiarity and mundanity. Through the eyes of normal people, who simply want to do their job and leave work bang on time.

But, as Pam Beesly said “There’s a lot of beauty in ordinary things. Isn’t that kind of the point?”