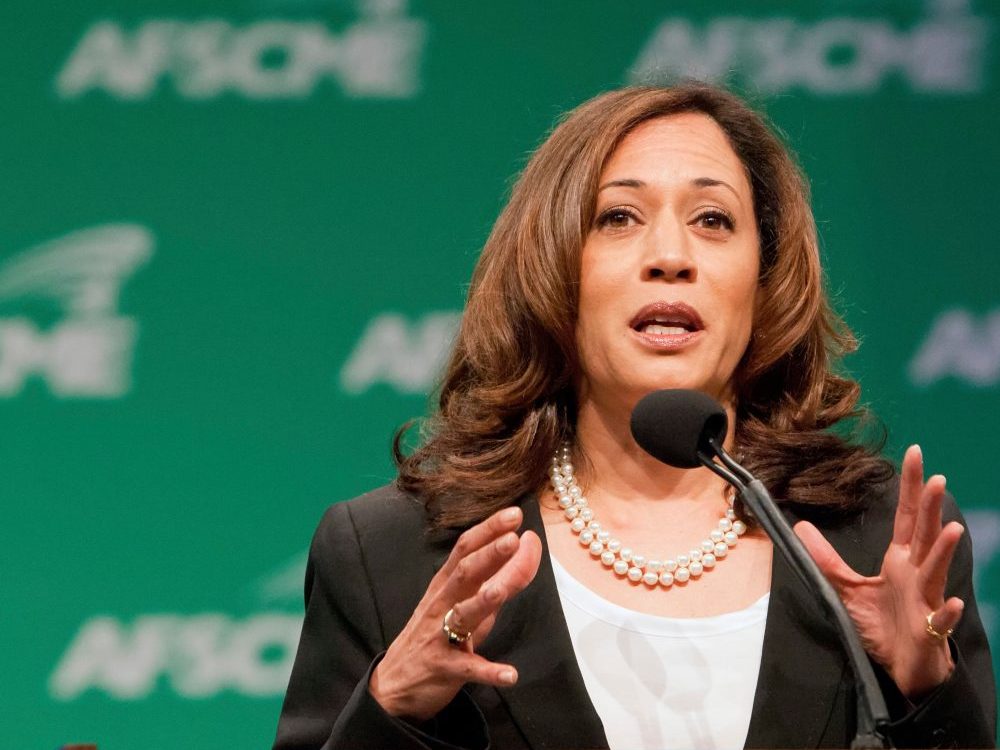 Are All The Women Running For President Tackling Gender Equality?

The answer isn’t as obvious as it seems

The women running for president of the United States have dragged gender equality into the spotlight like never before. While many of the men vying for the Democratic nomination have vowed to protect reproductive rights and fight for affordable child care, their female opponents are driving the conversation forward when it comes to issues that disproportionately affect women.

Take Sen. Kirsten Gillibrand for instance. Before dropping out of the race in August, she brought up reproductive rights more than any other candidate. She was the first to promise to only nominate judges who would uphold Roe v. Wade, the landmark Supreme Court case guaranteeing the right to have an abortion. And her proposed paid family leave plan was supported by her female colleagues running for president.

The five Democratic women still vying for the White House agree on a lot — they want to increase health care access, protect abortion rights, and close the gender wage gap. In fact, the  four who currently serve in Congress all co-sponsored the Paycheck Fairness Act to address unequal pay. But not every female candidate is leading on women’s rights in the Democratic primary, and the ones who are each have plans for bolstering equality that would tackle complex policy questions differently.

“Warren has a plan for that,” has become a rallying cry for the Warren campaign — and gender equality is no exception. If elected, Warren vows to take action on day one of her presidency to boost wages for women of color specifically. She would establish new equal pay requirements for federal contractors, develop leadership paths for underrepresented government workers, and create federal guidance for enforcing workplace discrimination claims.

The Massachusetts senator’s universal child care plan calls for the government to federally subsidize a network of child care providers, partnering with states, cities, school districts, nonprofits, tribes, and faith-based organizations. Families making less than 200% of the federal poverty line would have access for free.

When it comes to health care, Warren supports Medicare for All. Her maternal mortality plan would reward hospitals that successfully make childbirth safer, push for more inclusive best practices, and advocate for more diverse hospital employees. Warren promises to fight to protect reproductive rights, too, calling on Congress to pass proposed legislation that would prohibit states from imposing medically unneccessary restrictions on abortion and ensure both public and private insurance plans cover abortion. She also vows to put a stop to President Trump’s “domestic gag rule” that withholds federal family planning funds from clinics that provide or even refer patients to abortion services.

The Harris campaign has also been quick to release comprehensive policy plans on a wide range of topics. On equal pay, Harris says she would take executive action to require that federal contractors prove they’re paying women and men equally. If Congress passed her equal pay plan, companies would be fined 1% of their profits for every 1% wage gap they allow to persist.

Along with fair wages, affordable child care is a crucial issue for working moms. Harris co-sponsored the Child Care for Working Families Act, which would increase federal funding for infant, toddler, and preschool programs and ensure that families making under 150% of their state’s median income don’t spend more than 7% percent of their income on child care.

The California senator and Warren agree on the need for Medicare for All, but Harris has gotten more specific on how she would implement it. Her plan would allow people to enroll in government Medicare plans or purchase private plans, but all Americans would immediately have the ability to buy into Medicare. She has also led the presidential field on addressing maternal mortality by proposing legislation in the Senate that would allocate millions for training programs to fight racial bias in medicine and incentivize providers to reduce maternal deaths if passed.

Her proposed Reproductive Rights Act stands out from the pack, too. A preclearance requirement for states with a history of violating Roe v. Wade would put new legislation on hold until the Justice Department signed off, going one step further than codifying the right to an abortion in federal law.

Sen. Klobuchar centered women’s rights in her top priorities for her first 100 days in the Oval Office. Although she hasn’t released an original plan for addressing the gender wage gap, she says she would restore Obama-era rules expanding overtime pay and requiring companies to disclose what they pay employees by gender, race, and ethnicity. In July, the Minnesota senator introduced legislation in the Senate aimed at ensuring equal pay for athletes and coaches on U.S. national sports teams.

Along with Sens. Warren and Harris, Sen. Klobuchar co-sponsored the Child Care for Working Families Act. Her 100-day plan further says she would expand the Child Care Tax Credit and reward federal contractors that offer paid family leave to employees.

Klobuchar supports a public option to expand Medicare access rather than a publicly funded health care system. She would address maternal and infant mortality in her first 100 days in the White House by pushing for a new law to address the shortage of nurses, midwives, and obstetricians  in underserved areas across the country. Reproductive rights also made it onto her list of top priorities. She promises to ensure funding for Planned Parenthood, end President Trump’s gag rule, restore the Title X family funding program, and fight for legislation that codifies Roe v. Wade.

While Rep. Gabbard has expressed support for women’s rights, her plans aren’t as fully formed as her opponents in the Senate. She has yet to release an equal pay plan beyond supporting the Paycheck Fairness Act and was criticized in June for answering a debate question about equal pay by confusingly talking about 9/11. The congresswoman has also supported increasing federal funds for affordable child care in the House, but has not released a more detailed plan while running for president.

Gabbard co-sponsored a Medicare for All bill in the House, but supports keeping some form of private insurance, similar to other countries with universal health care. She has not released a plan specifically on maternal mortality or reproductive rights, though she told ThinkProgress she supports using federal money to fund abortions.

The congresswoman’s lack of policy proposals signals that protecting women’s rights isn’t a pillar of her campaign and wouldn’t be a top priority during her presidency. Releasing thorough plans for affordable child care and protecting abortion access would be a start toward proving that she can match the leadership of her opponents.

Williamson’s campaign has largely focused on peacebuilding, and while she supports gender equality, she lacks comprehensive plans on many of the issues. For instance, her campaign website says she’ll support equal pay for women and advocate for affordable child care as president, but she has yet to release policy proposals for either. She told Vox that she supports establishing a child care tax credit for child care providers worth up to $14,000 per child.

On health care, Williamson calls for making Medicare an option within the current health care exchange while allowing people to keep their private insurance if they prefer. She has declared her support for other candidates’ maternal mortality plans, as well as advocated for defending reproductive health access in order to help address maternal mortality. In order to do that, she vows to fund Planned Parenthood, appoint judges who would uphold Roe v. Wade, ensure that insurance companies cover abortion costs, and oppose any legislation that restricts the constitutional right to choose.

While Williamson’s campaign has touched on many crucial issues women face today, it remains unclear how she would achieve her goals. Simply voicing support for legislative changes won’t cut it in 2020 — especially when Warren, Harris, and Klobuchar have made a point to put women’s rights front and centre.