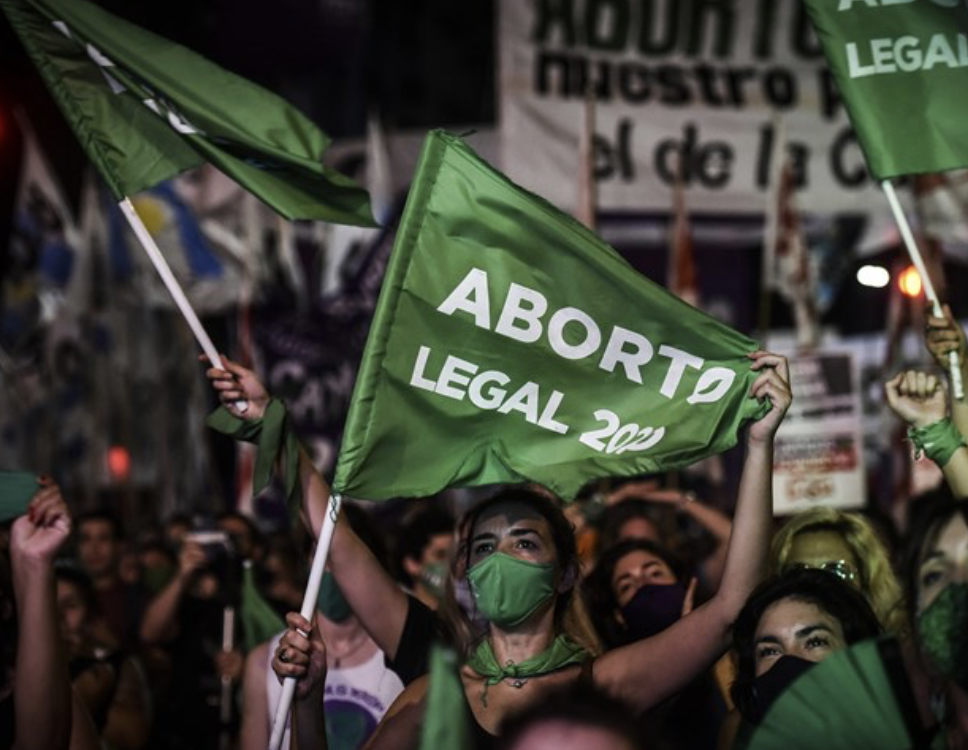 In some good news to end 2020, Argentina has made abortion legal! Earlier in December, Argentina’s lower house approved the revolutionary bill legalizing the procedure within the first 14 weeks of pregnancy. Wednesday morning, Argentina’s Senate approved the bill as well.

Though technically abortion was previously legal in cases of rape or potential lethal threat to the mother, the lack of doctors willing to perform abortions created “a near total ban on abortions” according to Salil Shetty, the secretary general of Amnesty International (as she told the Times in 2018). Up until now, women could be jailed for being forced to seek out back alley abortions, which can also cause death and serious injury.

This news comes after years of protests and mobilization efforts, a movement most commonly recognizable by the green handkerchief symbol. It’s also particularly meaningful considering Argentina is a predominantly Catholic country, and the current Pope (who was born there) has come out stating his opposition to the bill.

Vilma Ibarra, the author of the new law said after the vote, “This has been a struggle for many years, many women died. Never again will there be a woman killed in a clandestine abortion.”

Only three other countries in Latin America have legalized elective abortion: Cuba, Uruguay, and Guyana. Argentina is now the largest nation in Latin America to legalize abortion. Many experts, like Juan Pappier of Human Rights Watch, agree that this could signal the beginning of broader change throughout the region.

Pappier states to Reuters, “Although there will certainly be resistance, I think it’s fair to predict that, as it occurred when Argentina legalized same-sex marriage in 2010, this new law could have a domino effect in the region.”

For everything to be finalized, President Alberto Fernandez needs to sign the bill into law. Luckily, his campaign platform included abortion rights.

Giselle Carino, Argentine feminisit and CEO of International Planned Parenthood Federation/Western Hemisphere Region, goes so far as to say that this historic moment goes beyond abortion. “It’s also the notion that women are whole. It’s about public health and saving one’s life, but here it’s also a bigger notion of how you can be a true part of the democratic process, and that’s the notion of citizenship.”