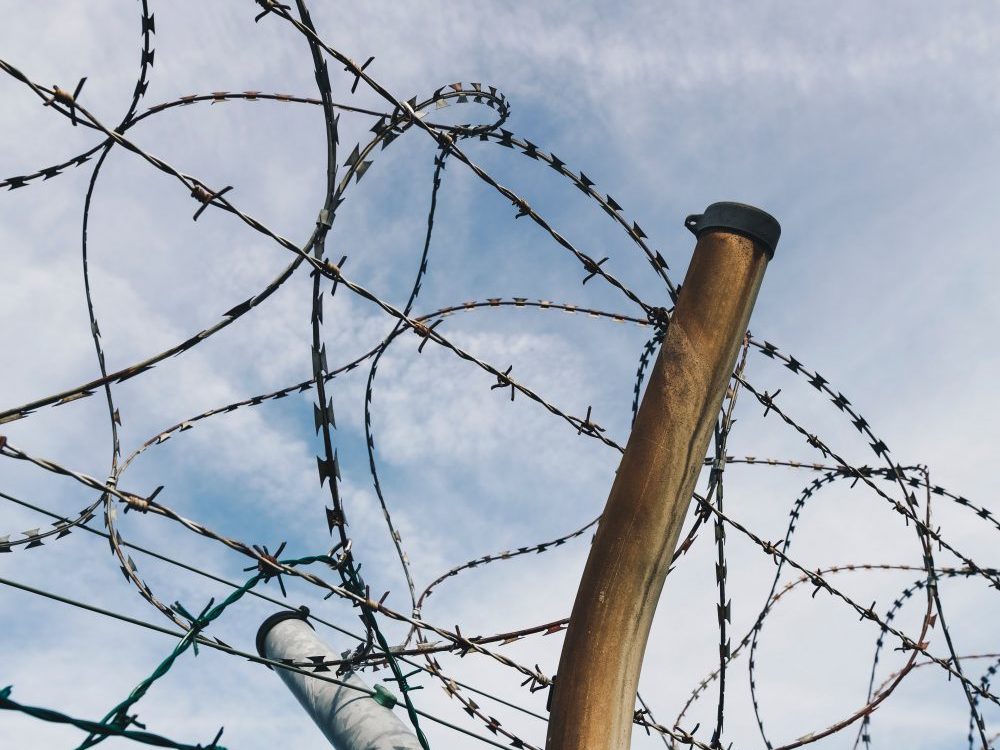 They claim to offer asylum advice, but are some British charities supporting the Home Office by stealth?

“I went to sign on at the Home Office register. I was pregnant. A lady was asking how long I’ve lived here, and told me I had to sign something else. I asked to speak to my lawyer but she said I wasn’t allowed one. I told her I wouldn’t sign anything I didn’t know about, and she said I wouldn’t be able to go home, even in my condition. After a few hours I fell on the floor, sick. They got scared, brought in a nurse, and in the end they let me go.”

Hope is describing an encounter in which Home Office officials tried forcing her to agree to a “voluntary return” to Nigeria. An alternative to enforced deportation, it’s described as a “service offered by the Home Office to people with no legal right to be in the UK and who wish to return to their country of origin”.

The “wish to return” aspect is subjective, as the tactics used to persuade people to agree have been described as nothing short of harassment. “One woman was on her hospital bed and the Home Office official came in and started haranguing her” says Niki Adams of Legal Action for Women. “Women have described that they went to sign on and would be taken into a back room and not be allowed to leave. One woman was deprived of water for hours, and they just kept going on about accepting a voluntary return.”

While 74 per cent of women seeking asylum were refused at first decision, more than half go on to win on appeal, highlighting the potential for poor decision-making by immigration officials, as well as issues of bias, mistrust of women’s accounts, and a lack of support for what is, for many, a traumatic interview process. NGOs can provide a lifeline for people in these situations, who can become destitute if their claim is rejected, but, fully aware of this, the Home Office is using some of these charities to boost the numbers of people they send home.

“Lots of women get turned down really unjustly” says Niki. “The racism and the sexism within the asylum system is absolutely horrific. There’s a stigma against rape victims, and prejudice against asylum seekers generally, so they often don’t get a fair hearing and get turned down. Then, instead of trying to help women get their cases back on track, to put them in a stronger position to get a lawyer or deal with their existing lawyer, and to really inform people about their rights, [the system says] ‘well, you’ve been turned down, you better go home.’”

Hibiscus Initiatives was founded in 1986 to support women in prisons but, since at least 2015, the body has also been running an international resettlement programme based at the Yarl’s Wood, Colnbrook, and Harmondsworth detention centres, receiving Home Office funds to “support the UK priority on returns by contributing towards 660 successful, compliant returns per year. The project will provide independent support and advice to those in immigration detention… so as to encourage them to comply with the returns process.” Hibiscus Initiative’s own financial statements show that, in 2019, it received over £400,000 from the Home Office, by far its largest source of income. The second largest was £216,000 from outsourcing firm G4S, to support families in detention at Gatwick.

“This causes massive problems,” Niki says, “because women in detention are already very vulnerable, because of isolation and the way they are cut off in there. If Hibiscus is in detention centres, presenting itself as an organisation that’s helping asylum seekers, but gets funding to promote voluntary returns, instead of getting advice and support, [many women] get told about voluntary returns, and they get told about it in quite a heavy, harassing kind of way.”

“There are big question marks about how ‘voluntary’ some of these returns are,” adds Benjamin Morgan, EEA homeless rights project coordinator at the Public Interest Law Centre. “The key point is it isn’t a ‘voluntary return’ when undocumented individuals haven’t had independent advice and are being offered a choice between going ‘home’ – often to a place they haven’t seen in decades – or otherwise dying on the streets or being detained.” Moreover, he says, there is often little evidence that it is safe for the women in question to return to their country of origin.

So how does Hibiscus reconcile its aim to support asylum seekers with carrying out the hostile policies of the Home Office? “Women in detention have told us that all their other services have faded away, and they’re primarily promoting voluntary returns” Niki says. “That’s not to say they don’t do some other work, but you can’t retain your profile as an organisation that’s helping asylum seekers if the majority of your funding comes from the Home Office to promote voluntary returns, because that’s going to permeate every aspect of your work. Every single member of staff is going to be conscious of that priority.” While we approached Hibiscus for comment on these concerns, at the time of writing, the organisation had not responded.

A Clash of Priorities

Detention centres are not the only area where the Home Office is exploiting the relationship between NGOs and their service users. This summer, it was revealed that several homeless charities have been passing on the personal details of rough sleepers who they believe don’t have secure immigration status, potentially leading to their deportation. One that’s been accused of such practice is St Mungo’s Routes Home programme. “They’re acting as an information gathering body, and that is really dangerous because people don’t know” Niki says. “If you wore a placard saying we will pass on your information to the Home Office, nobody would go anywhere near you. The only way they can get away with it is to keep that kind of information secret.”

This puts homeless migrants at the mercy of the Home Office. “With homelessness services, the offer of a voluntary return sometimes goes together with ‘we’re going to withdraw our service from you if you don’t accept it’,” Benjamin explains. “In the case of rough sleepers from the EU, very often, anecdotally at least, the experience of homeless people is being told ‘we are your outreach service and we are going to make you a single service offer. That is to go back to Poland, for instance, and we’ll help you do that, but if you decide not to, we’re going to stop helping you. We’ll stop giving you emergency accommodation, and you’ll be back on the streets.’”

The practice actually stems from a 2016 Home Office policy, introduced in an attempt to get rid of EU rough sleepers by claiming that sleeping rough after arriving in the UK constituted an abuse of freedom of movement rights. The policy was challenged in the courts by the Public Interest Law Centre and found to be unlawful, but it since seems to have been revived with the introduction last year of the Rough Sleeper Support Service (RSSS).

This service claims to provide “a single point of contact which gives real-time immigration information to local authorities and charities, to help them assess rough sleepers’ status and entitlements”, with no specified focus on enforcement. However, the Public Interest Law Centre claims that is disingenuous. “Emails between the Home Office and the Greater London Authority, obtained through Freedom of Information requests, suggest otherwise,” Benjamin says. “The RSSS appears to represent both a new effort to co-opt local councils and charities into immigration enforcement, and an attempt to circumvent consent-based information sharing. One draft proposal we’ve seen talks about charities and local authorities ‘delivering immigration controls’, which is obviously quite sinister.”

More recently, the Home Office has been hosting surgeries at community and faith centres, including churches and Sikh gurdwara, under the guise of presenting immigration “advice”, which they aren’t allowed to give. “In fact,” claims Benjamin, “they serve a target-driven deportation agenda directed at the most ‘removable’ communities.”

“These clinics seem to be quite widespread” Niki adds. “They’re attended by asylum seekers who share their information in order to learn how to progress their case. It involves people speaking about where they came from, when they arrived in the country, even very personal details about rape and other torture they may have suffered. One woman was telling a worker at a group some of this, and then she found out that they were actually part of an organisation that was passing on information to the Home Office.

“It’s deceit. And it’s really worrying because people seeking asylum have often been abused and deprived of rights and of resources. They are very often destitute and desperate. They rely on these services to stay alive, so to then find out that some of them are passing on their information to the Home Office is just dreadful.”

Recently, Legal Action for Women released a statement warning of the practice, and aimed at “putting down a marker to organisations to say they really shouldn’t be doing this. I don’t know what the logic was for them to think it’s ok to host a Home Office clinic, but from our point of view, and for women asylum seekers, it’s a really dangerous idea because the result is that people will not feel safe to go anywhere.”

Short of a radical overhaul of immigration policies, it is thus left to grassroots campaigners to inform people of their rights. “We’re outraged that the response of some organisations that were founded to defend refugee rights has been to collaborate with the government to promote so-called voluntary returns,” Niki says. “In doing so, they have corrupted, and then cut people off from, lifesaving services. This is what makes our work so important.”

Need help? The Legal Action for Women’s self-help guide, and the All African Women’s Group self-help meetings, are focused on helping women understand where their cases fit into the asylum process, and how best to strengthen them.