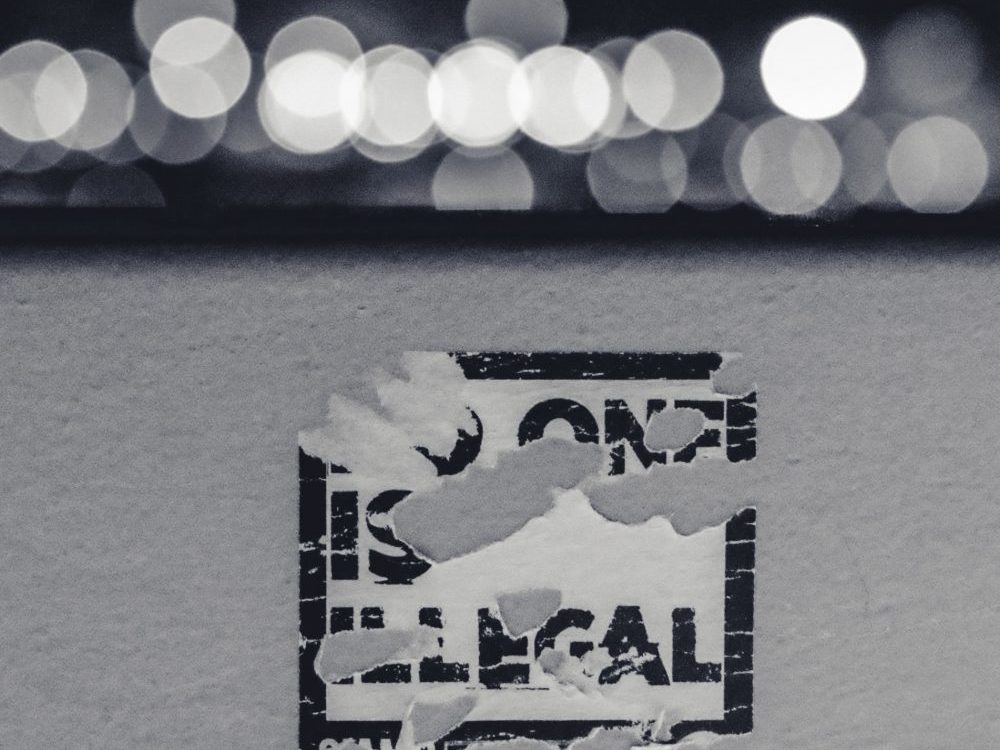 Britain, Brexit, and the Battle For Asylum

For the most vulnerable people arriving on Britain’s shores, Boris’ Brexit Bill is just the latest in a long line of legal hurdles…

For refugees and asylum seekers searching for support to remain in Britain, the idea that the House of Lords could provide hope might seem, at best, unlikely. An unelected chamber, seen by many as the personification of Britain’s at times archaic class structures, the Lords is rarely viewed as the most obvious place in which to fight the toughest fights of the most country’s most vulnerable.

And yet, this is where the struggle of families separated during the migration process has been thrown under a fresh spotlight. Today, Boris Johnson is under pressure to drop his opposition to measures which would protect the rights of child refugees to be reunited with their families in the UK, after the bill was defeated for a fourth time by the Lords.

Instead, members back an amendment, introduced by Labour peer Lord Dubs, which would protect the family reunion rights of unaccompanied minors. Lord Dubs, himself a former child refugee who was taken in by Britain when he fled the Nazis, has called on MPs to “show what they are made of” in backing his proposed protections.

But while campaigners, as well as charities including Safe Passage and the British Red Cross, have urged the PM not to strike out the amendment, they’ve also warned far more needs to be done to ensure that families are being given the legal assistance necessary to assist them in the reunification process.

While the amendment, they say, is a necessary step, it deals with just one of a host of issues plaguing families seeking a safer haven on British shores, where government cuts to legal aid and exploitation by ruthless immigration solicitors have left asylum seekers with nowhere to turn for legal help, putting their lives at risk.

The process of claiming asylum is already lengthy and traumatic. The Home Office’s immigration policy ensures interviews with officials are deliberately brutal to make it as hard as possible for someone’s claim to be successful. That’s why having a good solicitor makes the difference between deportation and being granted the right to stay.

Yet, in 2013, the government introduced sweeping cuts to legal aid in England and Wales which have meant free legal advice is no longer available to many people who need it. The result, according to the charity Refugee Action, is that half of all legal aid providers have been lost, leading to large areas being left as ‘legal advice deserts’. Meanwhile, the government’s policy to disperse asylum seekers on the basis of where housing is cheapest, as opposed to where they can access support services or legal aid provision, forces many to travel long distances to seek advice, incurring costs that aren’t always reimbursed. “It’s just a lottery” says Lora Evans, Early Action Charter project manager for Refugee Action.

Changes to the way legal aid solicitors can charge – a flat rate over hourly fees – means it’s very poorly paid, which “makes it more beneficial for them to take quite easy cases, than to spend the time with people who have really complex cases”, such as those involving trafficking, illegal working or expired visas, Lora adds. “It just doesn’t make it worthwhile for solicitors to take these on, and it gets harder and harder if they’ve already been refused by another legal aid provider.”

Niki Adams from Legal Action for Women (LAW) has helped many women who’ve experienced this. “The worst lawyers don’t give women an opportunity to speak about things they would find difficult, like rape, domestic violence and other sexual torture. Their experiences can be downplayed or dismissed. The lawyer may even advise them not to talk about rape because they won’t be believed.”

But when these abuses are the reason a woman is seeking asylum, this advice is entirely counterproductive. “My lawyer put in an application on compassionate grounds. I found out later that the Home Office immediately turned me down” one woman told us. “He probably thought I would be deported before I realised and could complain.”

The impact on families

LAW works closely with the All African Women’s Group (AAWG), a self-help group for women seeking asylum based in north London. At a recent meeting, eight women came forward to say they’d had bad experiences with solicitors.

One woman said she wasn’t told by her solicitor that if she accepted a limited stay under amnesty, she would forfeit the right to reunite with her family. She has since spent three years trying to be reunited with her children, who she was forced to leave behind when she fled to the UK.

The majority of women we met described difficulties getting hold of their solicitors, or being treated them like a nuisance when following up on their cases. Many say their layers wouldn’t explain properly what they were doing and how much it would cost, or just kept asking for more money they had no means to pay, forcing them to rely on friends and family who often went to enormous lengths to help, despite being on a low income themselves. Worst of all, two women said they’d had no alternative but to go into prostitution to be able to pay their legal fees.

Niki has also encountered cases where solicitors have made glaring errors that result in claims being rejected. One woman’s lawyer had missed an important deadline. Another put in an application saying she was from Uganda when she was from Cameroon. “It’s a litany of absolutely outrageous carelessness and neglect,” she sighs.

We spoke to another woman, whose solicitor had supplied incorrect information which led to her claim being refused, who told us about the impact this had on her mental health. “Finding that you have put forward the wrong application…that really deflates you. It catapults you back to the days when you arrived and didn’t know who to turn to, who is telling the truth and who is showing you the right way.”

For Niki, the vulnerability of these women is clear. “Everybody wants to believe that a lawyer is a professional, so they put their faith in them. People seeking asylum have so little power. It’s very difficult for them to complain and have an impact.” Because of this, it’s hard to quantify the size of the problem, but consensus in the sector is that it is widespread. If that is the case, why hasn’t it been widely reported?

The risk of speaking up

“When we were fighting the legal aid cuts, it was a lawyer-led campaign” Niki says. “They did some very good work, and really exposed the injustice of what would happen under the cuts. But they made a political decision not to put immigration work at the forefront, because it wasn’t seen as the most sympathetic case.”

Meanwhile, with a system that’s stacked against them, fighting for their own rights becomes almost impossible for many refugees. “There’s real genuine fear among people seeking asylum to speak up about their concerns” says Rachel Ward-Newton, a project manager at Refugee Action.

Rachel manages the Asylum Guides National Programme, which promotes legal literacy for people seeking asylum. Asylum Guides take a role similar to that of a coach, informing people of their rights and what their solicitor should do, with the aim of helping them to navigate the complex asylum process themselves. A booklet by LAW called A Self-Help Guide Against Detention & Deportation is distributed to women held in detention, and weekly meetings and workshops at the All African Women’s Group also focus on empowering people to help them understand and strengthen their case.

For those on the frontline however, the impacts of the “hostile environment” already faced by those seeking asylum are real and far-reaching, from day-to-day discrimination to a lack of access to justice, that most basic tenet of democracy. Until this wrong is corrected, they say, it is the individuals themselves who must be given the tools to fill the gap left by legal aid cuts and arm themselves against corrupt law firms. Boris Johnson’s Withdrawal Agreement, meanwhile, is yet another lengthy piece of paperwork to add to the pile blocking their path to a safe and secure life.