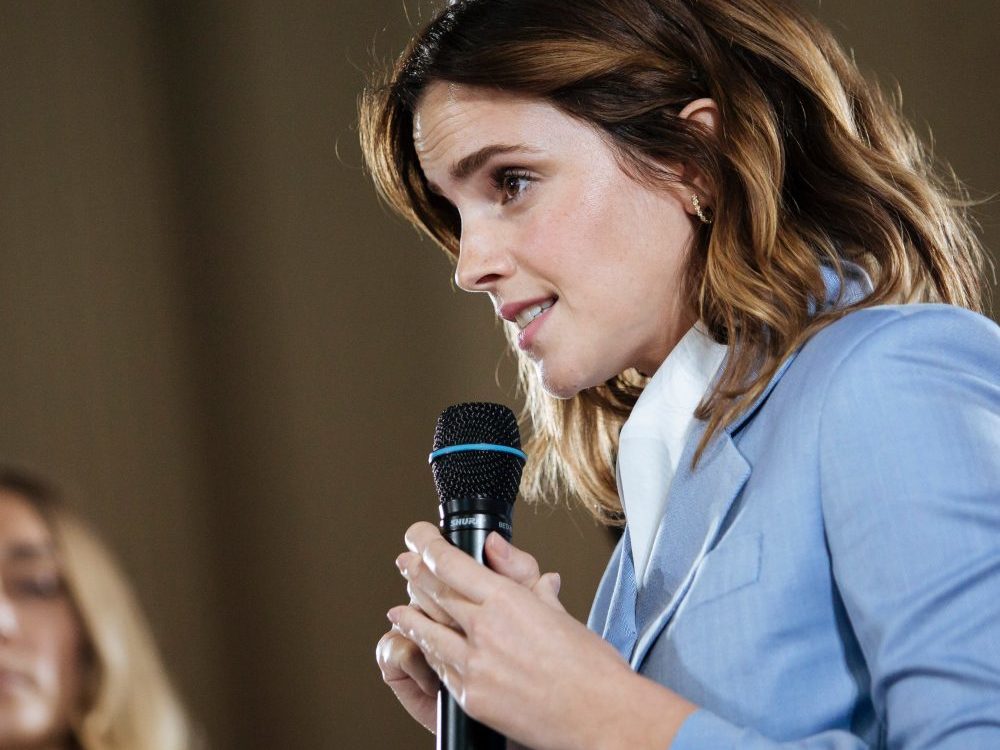 Calm Down About Emma Watson

The internet is exploding over the actress’s self partnered comment. We explain why it’s not something to get upset about

In latest ‘woman feels content; general public scorns the downright audacity of it’ news, Emma Watson has been trending online for the way she’s dared to describe her romantic status.

In an interview with British Vogue, Watson spoke about what should ideally be a complete non-topic: being single with her 30th birthday on the horizon.  Reconciling her past anxieties about ‘settling down’ on a deadline, she said she hadn’t been immune to the “influx of subliminal messaging around” that makes you anxious “if you have not built a home, if you do not have a husband, if you do not have a baby, and you are turning 30, and you’re not in some incredibly secure, stable place in your career, or you’re still figuring things out…”

But she’s made peace with this arbitrary expectation, and adds, “It took me a long time, but I’m very happy [being single]. I call it being self-partnered.”  Great, good for her, and I’m now reaching for my coffee and scrolling through jumpsuits that look amazing but would make toilet trips a complete disaster. Yet this is the part where Twitter users threw down their paninis, rolled up their Gap sweaters and drew an angry red line on the ground.

Watson’s neologistic label has been called “dumb” and “pretentious” on social media, and she’s been compared to self-indulgent brides who marry themselves in ostentatious ceremonies.  One opinion-excreter whose Twitter bio states that he has – of all things – a linguistics doctorate, mused: “I strongly suspect that Emma Watson describing herself as “self-partnered” is going to backfire on her horribly.  Not only does it sound self-obsessed, it also sounds utterly off-putting to potential suitors. Who would want a relationship where he/she is surplus to requirements?” Backfire?  Self-obsessed?  Really? A linguistics expert should perhaps take a moment to consider that Watson’s word choice was entirely intentional.  She has a brain (and an English degree), after all. It’s like sneering, “Silly cow’s got such shoddy spelling that instead of writing me a love letter, she accidentally posted me a notarised restraining order.  Doesn’t she realise she won’t be able to savour my salami burps during Emmerdale any more?” (Also, he used the word “suitors”, so if we’re going to dissect word choice and social attitudes, this guy deserves an article of his very own.)

And there’s more. Comedian Ronald Funches commented that “Emma Watson is that uncle who has been unemployed for so long they just say they’re self-employed but everyone in the family knows what’s really going on”.  Now, listen up ladies, because this is bad news for the mere mortals among us. It turns out you can be extremely intelligent, successful, wealthy, socially-conscious, stylish and one of the most conventionally beautiful and desired people on the planet, but if you’re single then it’s clearly because no man has judged you worthy of his unwashed polyester bedsheets and blistering arrogance.  Must be her poisonous vagina, or something.

But hey, it’s not just men joining the pile-on. Get ready to spit feminist coffee all over your feminist Macbook, because Julie Gunlock – a director at the feminist organisation, the International Women’s Forum – tweeted, “Alternative headline: Emma Watson is looking for attention”.  Julie. Juuuuulie. WHY, Julie?!

People equating the phrase “self-partnered” with showy solo weddings are entirely missing the point.  This is not a form of attention-seeking, rather, it’s the complete opposite. It’s an invisibility cloak.  It’s the verbal equivalent to slipping on an engagement ring before heading out to a club with your friends, knowing that it will act like mosquito repellent in the world’s stickiest, thirstiest jungle.  You’ve got your plan for the night, and it doesn’t involve being harassed by someone who gets his mum to iron his shirts and thinks that “Kid Rock is the most talented mofo to ever walk this earth”.

We cannot seem to compute satisfied singledom.  So if so many people refuse to accept that a woman can genuinely (gasp) enjoy her life without pairing up a man’s socks on the regular, then it makes sense that Watson would come up with an alternative expression of commitment to help them understand her contentment.  Maybe it was tongue-in-cheek, and maybe it wasn’t, but the message of ‘self-partnership’ is clear: she’s not waiting in the lobby for anyone; she’s in the club, ring on hand, having a banging time.

And if this phrase is just too new for people to accept, how about going back in time instead?  What if single women embraced the pejorative label ‘spinster’? The LGBT community reclaimed ‘queer’; African Americans took back the N-word; and fat people want you to stop beating around the bush and call them ‘fat’ (or just, you know, their name).  At least the literal meaning of ‘spinster’ is a reminder that an evening of needlecraft, Regina Spektor and Malbec is the actual goddamn dream (for which many of your married friends would happily take your place in a heartbeat). Plus, the handy thing about spinsters is that, traditionally, they know how to cope when confronted by pricks.