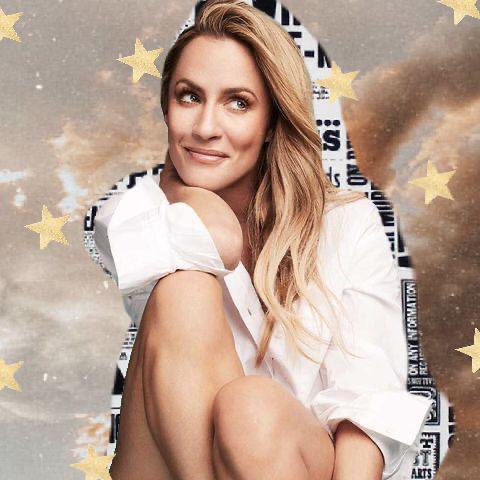 As the UK searches for someone or something to blame for the loss of Caroline Flack, Charlotte Moore explores the response to her death

As someone who has never really engaged with Love Island, Caroline Flack was an ambivalent personality to me. I’d caught snippets of her life, from the cheery presenter on The Xtra-Factor to her public, and tumultuous, relationship with Harry Styles. I knew of her presence on Strictly and her more recent troubles with partner Lewis Burton. More recently, however, I recall the revulsion at The Sun’s now infamous Valentine’s Day card.

So, as newspapers frantically delete any negative articles about her, the UK collectively searches for someone to blame.

I say this – in the precarious position of someone who refuses to condone domestic violence in any format – but let’s consider Johnny Depp. After facing domestic violence charges, he continues to grace the big screens in the hit franchise Fantastic Beasts. His career, unlike Caroline’s, continued on as if nothing had happened. I can’t help but deliberate if this might be a different story if the roles were reversed. But most of all, I wonder if this narrative would exist without the cancel culture that we thrive in.

So, what exactly is cancel culture?

Cancel culture describes a form of boycott, in which someone (usually a celebrity/ influencer) who has shared a questionable opinion or has had behaviour in their past that is perceived to be either offensive or problematic, is called out on social media. From viral videos of women shouting at strangers, to men who are rude on public transport, cancel culture (also known as ‘call-out culture’) has become part-and-parcel of life online.

More recently though, a debate has begun online. More and more people are questioning the benefits of creating a culture of shame. With huge numbers tweeting the need to end ‘cancel culture’, it seems that I’m in a minority to say I disagree.

You see, I’m not against cancel culture. For the reason that it’s not mine to cancel.

Cancel culture belongs to the oppressed. Without it, Gina Martin couldn’t have succeeded with her campaign against upskirting. Young black men would still be dragged from their school by white police officers, without a second concern. LGBTQ people wouldn’t be able to share and recognise in their own injustice. In fact, without cancel culture, #MeToo wouldn’t exist.

Back in 2017, YouTube’s golden girl, Zoella, was publicly called out for her tweets from 10 years earlier. Highlighting her use of classist and homophobic language, the internet was divided between acknowledging that back in the early 2000s, it was a ‘different time’ and others, who felt this was unforgivable.

The problem is, the answer lies somewhere in the middle. We can acknowledge that 1920s Britain was a different time. It doesn’t change our understanding of an openly sexist society that was built to ensure that women had few options. It doesn’t reduce the harm or hurt that was caused. Yes, it was different, but, to put it simply, it’s a bit more nuanced than that.

As Jon Ronson ponders in his bestselling book, So, You’ve Been Publically Shamed, what are our expectations for shaming? Why do we feel the need to punish, rather than educate? Or even to embrace our natural reluctance to accept an apology?

The UK has quickly blamed the journalists that created the cruel headlines, the ones they’re now so keen to wipe from both their publication and portfolio. But, without an appetite or audience – would these grotesque stories really exist? The newspapers that thrive in the creation of these stories to ITV, (who will inevitably produce a tear-inducing biopic named Caroline: My Struggle) are in no way blameless, but I suppose the uncomfortable truth is that while a snowflake can’t be blamed for an avalanche, there was a now-silent audience to Caroline’s public shame.

So, on the same day that Twitter frantically types “be kind”, Jameela Jamil is harassed for her own activism. The same journalists that christened Caroline’s career ‘Flack, Back and Sack’ now mourn her deeply, citing her kindness and joy. Aspects of her personality that were, only a week ago, cast aside. And, as I scroll through the condolences, the same people who declare that a woman (who was rude on a plane) should burn in hell frantically comment that if “everyone could judge a little less – the world would be a better place”.

“I, personally, no longer take part in the ecstatic public condemnation of people unless they’ve committed a transgression that has an actual victim, and even then not as much as I probably should. I miss the fun a little. But it feels like when I became a vegetarian. I missed the steak, although not as much as I’d anticipated, yet, I could no longer ignore the slaughterhouse.”

While I agree that tabloid media should be under much more scrutiny, we only need to cast our minds back to the death of Amy Winehouse to see that very little has changed in the way women’s indiscretions are treated. That a more insidious form of shaming is doused on women, leaving them gasping for air as they try to regain their footing. And, this doesn’t even take into account the more fervent attacks on Black women or women of colour. But, in a modern-day form of the bystander effect, it seems so many of us are keen to be on the right side of an argument, we ignore the blindly obvious repercussions that exist around debating another human’s morality.

Just like David Mitchell said in his infamous sketch about a group of soldiers who come to realise that they’re on the wrong side of the war – “Are we, in fact, the bad guys?” – it’s strange to realise that, in the quest to right wrongs, someone must always be the villain.

When I recall my own embarrassing moments and missteps, I try to imagine them splashed across the front page of The Sun. What if the moments that play out in my head., were to become public in nature? Rather than the source of a far more private embarrassment? I feel an icy dread at the very idea of someone else writing my narrative without understanding the context, knowing all the while that if someone understood the circumstances, they too might empathise with my story.

So, as I stare at Caroline’s Instagram page, a strange place knowing she’s no longer here to comment or contribute to the narrative that we create for her, I read her plea for kindness. Her words, now impossible to absorb without a harrowing veil of poignancy.

But, most of all, I note that the strangers online feel the weight of her shame. And, just like me, they can’t help but see themselves in her.