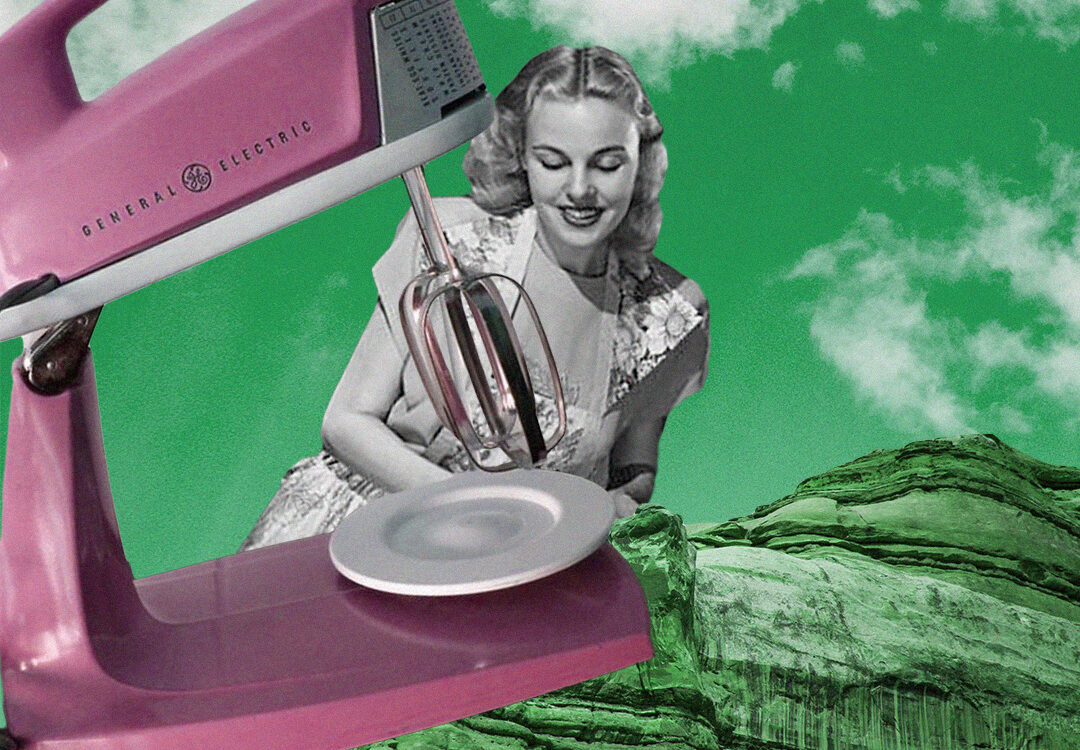 Cooking My Way Through Recovery From Domestic Abuse

Bethany Fulton explores her complicated relationship with food and trauma

Content Warning: Please be aware that this article contains references to domestic violence and abuse.

As such, it made sense that in my last relationship I did most of the cooking, and he washed up. The only problem is, this wasn’t a healthy relationship. It ended with me kicking him out of the home we shared because he was emotionally, mentally and physically abusive. It was one of the best decisions I’ve ever made, but one of the unexpected consequences of suddenly being single and living alone was cooking for one.

I had lived alone in the past, but this was different. I went from living with a partner who I thought loved me, to being entirely alone with myself and my thoughts. I was finally forcing myself to confront the crushing realisation that he had been abusing me for two years, and I had been convincing myself otherwise while he gaslighted me, over and over again. Needless to say, therapy was essential over the coming months.

Needless to say, therapy was essential over the coming months.

As I began making my way through the murky waters of recovery from domestic abuse, there were some stumbling blocks along the way – one of them being food. Suddenly, every single meal reminded me of my ex. I’d been making them for us both for so long, every time adjusting the recipes, making them blander and less interesting to suit his taste, or drawing out the process just so that he could have the bacon cooked exactly as he liked, even if it made cooking take twice as long. Despite this, cooking was a refuge even when we were together. I could go into the kitchen and put my earphones in and listen to music, claiming I needed to concentrate even when I knew the recipe by heart. It was the only window of time in which I was left alone and could relax a little, as even trips to the loo weren’t safe (he’d come and shout at me if he thought I was taking too long).

It was the only window of time in which I was left alone and could relax a little, as even trips to the loo weren’t safe (he’d come and shout at me if he thought I was taking too long).

Now, alone and feeling more lost than ever, I didn’t know what to cook. I took out a subscription with Hello Fresh after seeing it advertised for years, thinking it would help until I got my mojo back. I ended up using it for three months. Unfortunately, there’s no option to have meals for one delivered, meaning that I usually planned to keep the leftovers for the next day.

As therapy began to kick in and I finally started to work through the trauma I had experienced, I cancelled my Hello Fresh subscription. It had been helpful for a time when my head was too jam-packed, dealing with my past trauma to think about cooking. Now though, even as I began to feel less lost, I wasn’t sure who I was anymore.

One of the first things I knew I wanted to do was to start cooking for myself again – properly. I wanted to make the things I wasn’t allowed to make when I was with him. The lemon and kale spaghetti that was an old favourite, banished because he hated lemons. The steak dinner I used to make at uni, which I avoided ever making for him because he would have demanded the steak be cooked to the point of inedibility. The absolute glory that is a rhubarb crumble with lashings of homemade custard, shot down instantly because he “didn’t like fruit”.

The absolute glory that is a rhubarb crumble with lashings of homemade custard, shot down instantly because he “didn’t like fruit”.

While the day I kicked him out could be seen as the end, the day he and his parents finally came to get the last of his belongings after months of waiting was the real ending. I left my Mum to supervise while I wandered over to the local park and sat on the swings. I swang higher and higher, laughing aloud and probably confusing passersby, but it was probably the first time in over two years that I felt properly free.

So, on a grey afternoon in early January, I started with the spaghetti. I couldn’t quite remember the recipe, nor could I find the book it was originally published in, so I threw caution to the winds and trusted my long-neglected culinary instincts. It was wonderful, not only because it had the hint of lemon that can really bring a dish to life, but also because I was making food that was really, truly, just for me.

I’m now in a new, much healthier relationship with a man who loves food and cooking, perhaps even more than I do. Food and cooking were my sanctuary during my last relationship, but they’re an expression of love in my new one. No more hiding in the kitchen. I even fell for him for the first time when he rescued a spaghetti carbonara that almost became scrambled eggs after I forgot to take it off the heat. 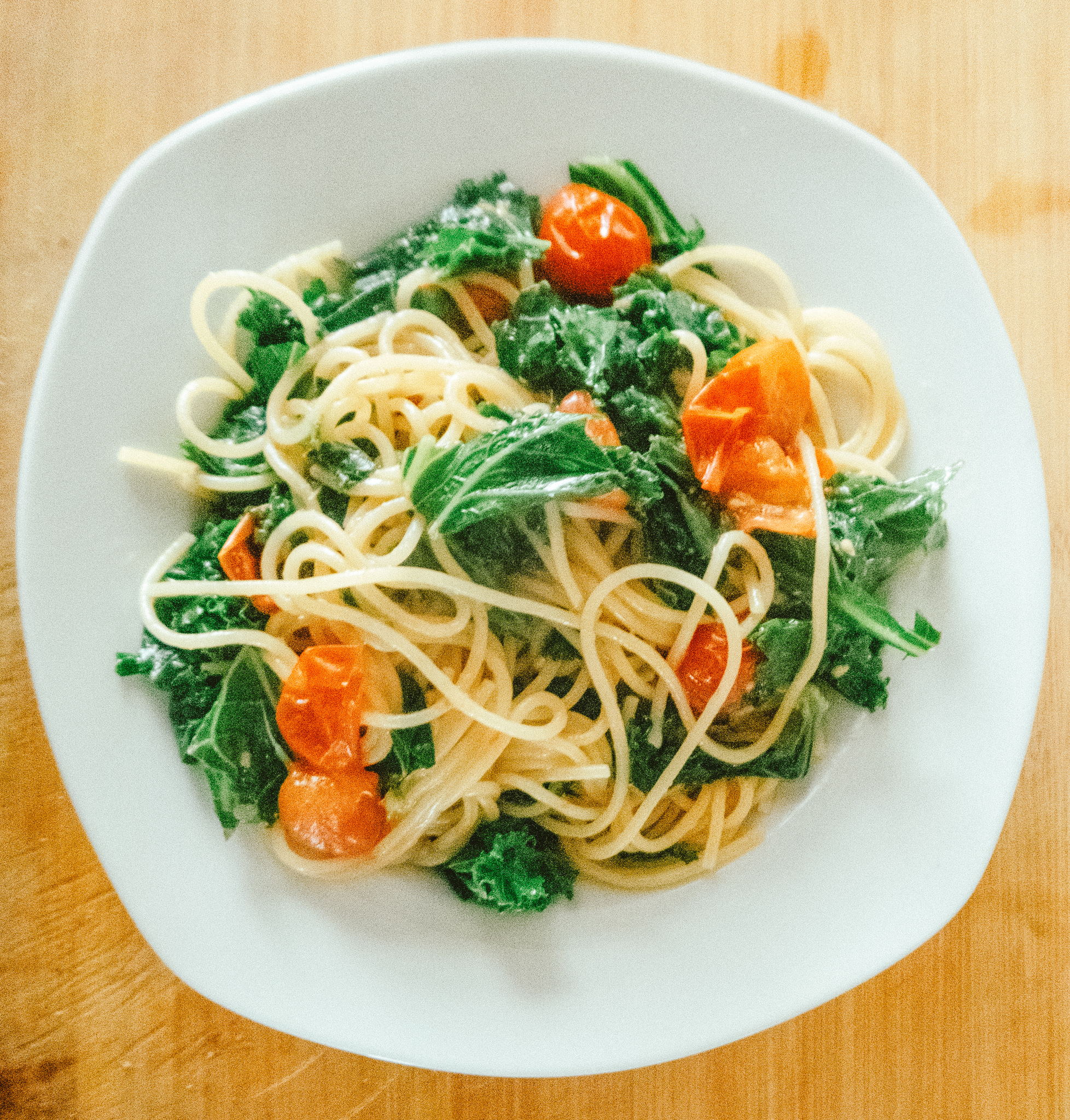 Bethany’s Half-Remembered Lemony Spaghetti For One

Kale, curly or otherwise, about 100g

Cherry tomatoes, a big handful or an entire pack if you’re me

Half a lemon, zested

You’ll also need a big frying pan with a lid, although a casserole dish would also do the trick.