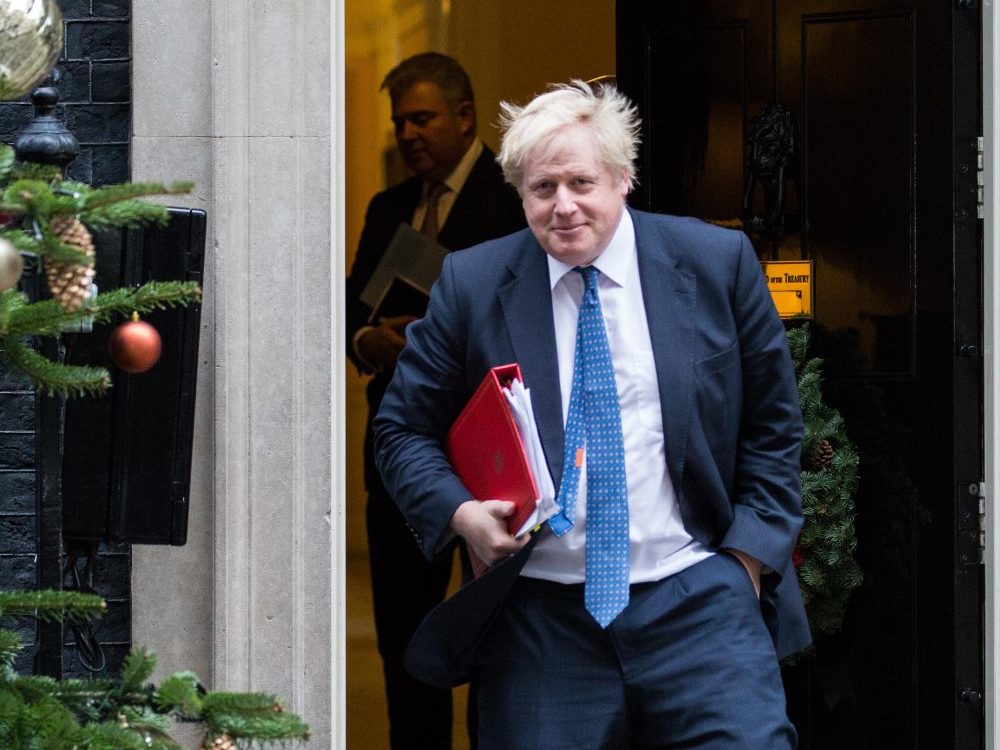 Caroline Frost looks into Boris Johnson’s most cynical calculation yet

You have to feel sorry for ITV’s Exposure team. In the week when their tireless investigation into the dealings between aspirational tech entrepreneur Jennifer Arcuri and Boris Johnson bore fruits with a jaw-dropping documentary detailing just how involved they were and what little responsibility Johnson took, the results were all but buried under the electrifying media pile-on into Prince Andrew’s nefarious hedonistic dealings under the guise of modern princedom.

However, the Exposure documentary is still worth a watch, and while nobody should make any comparisons with the horrendous catalogue of behaviour being levelled at Jeffrey Epstein and his associates, nevertheless the Johnson-Arcuri saga does raise similar questions of a man’s entitlement and lack of accountability that the Duke of York so ineffectually tried to bat away in his bruising interview.

Where his story meets Johnson’s is in the casual treatment of women, and equally casual treatment of taxpayers’ money. Boris Johnson has been a public figure for a long time – variously as MP, London Mayor and now PM. With that comes a Code of Conduct to declare any conflicts of interest, when any private interests relate to public duties, particularly political decisions that have the potential to benefit oneself, family or friends.

Ms Arcuri was clearly such a friend, in fact the documentary’s presenter, respected journalist John Ware, makes it clear he accepts she was in a relationship with Johnson for four years, despite her own blushing silence on the subject. She tells him that when the pair met in September 2011, she was 27, and by her own words “another blonde, California girl, a dime a dozen in California” but standing out in London’s tech industry. Johnson was 47 and London Mayor at the time, and she remembers her first encounter with the professionally dishevelled politician as “electrifying”.

While the nature of their relationship is the one subject on which she will not be drawn, it’s pretty transparent that she held him in great esteem – “a charismatic, creative genius” – and that he was similarly enthralled. In the four years that followed, he variously spoke at events she arranged to promote her company Innotech and gave the go-ahead for her to attend conferences from New York to Singapore.

The Exposure team meticulously details the number of times she enjoyed access, event sponsorship and invitations overseas through the office of the Mayor of London and its promotional agency, London & Partners, throughout that period.

“You can’t put a figure on getting the Mayor of London turning up at your event,” says one of her associates. It was clear her profile benefitted from this preferential treatment, and she later got a business boost for her cyber-security product Hacker House by a trade mission to Tel Aviv, once again endorsed by the Mayor’s office.

There’s no suggestion Arcuri did anything wrong, the onus was completely on Johnson to declare the relationship as a source of potential conflict, and this he failed to do.

As authorities explain in the documentary, like any public figures in this situation, he should have either excused himself from any dealings with Arcuri’s company, declared the relationship as a personal interest, or simply ended. “You can’t have your cake and eat it.”

But, throughout the four years of their relationship, although Johnson wrote to City Hall’s Public Office nine times in total to declare various interests, Arcuri’s name was never once mentioned – despite her entreating him to name her in official documents.

“My fight was always, ‘Validate me. Tell them,’” she explains in the programme.

“He didn’t want to have to deal with all the questions around me. He said, ‘People are always going to question my interest.’”

And there we have it, his reported admission of worry that there was a conflict, one he voiced at the same time that he asked her to stop visiting his office at City Hall, because people were starting to raise eyebrows.

And so Arcuri was never once in four years mentioned in the Mayor’s before she eventually moved away to Manchester in February 2016, later met her husband and eventually moved back to California, where she currently lives.

Flash forward to 2019, when more questions about her relationship with Johnson were raised, and Arcuri tried to contact the now-PM for advice. She reports how he managed to block her, by variously not calling back or handing his phone to someone who apparently started speaking in Chinese. The mind boggles.

At that point in the documentary, Arcuri was still being surprisingly positive about Johnson, calling him “fearless, passionate, personable, a creative genius” and brushing off her own recent brush-off by the PM’s office, “I think they were very busy, a very busy stressful time.”

By then, Johnson had got his script in order, telling anyone who asked, “Everything I did was in complete conformity with the rules… with full propriety… in accordance with proper procedures.”

So which way did he go – excusing himself from dealings, ending the relationship, or declaring it? He told the BBC’s Andrew Marr. “There was no interest to declare.” Ouch!

From this, we can only deduce that whatever the type of relationship he had with Arcuri, it wasn’t one he considered significant enough to declare. This may boil down to an awkward debate about strength of feeling and commitment on either side of the Johnson-Arcuri camp, but if it’s the case, why did he go out of his way so often for somebody he wasn’t prepared to declare? Or, more cynically, has he simply calculated that it will be easier for him to fudge his answers over the extent of their romantic relationship than it will be to quantify his amount of support into her business, particularly if there is a paper trail to be examined by independent authorities?

Or, most cynically of all, he realises that his apparent irresponsibility when it comes to personal conduct is already factored in by the voting public, as previously demonstrated by those Tory party members who pushed him into Downing Street. His history of Teflon-coated recklessness has always allowed him to get away with it – just, Peter Rabbit-style – in previous challenges. While this remains the case, in the absence of an internal moral compass, there is no external incentive for him to change,

Is it then professional misconduct or personal inconsistency? Two official enquiries are now investigating what, if anything, Boris Johnson is actually guilty of. But one person has already made her mind up. Following her most recent attempt to contact our Prime Minister when he apparently recognised her voice and immediately hung up the phone, Jennifer Arcuri is now speaking in a tone no doubt familiar to women who’ve dealt with Johnson in the past.

“It’s caused nothing but chaos, destruction and disappointment on many fronts. I am the collateral damage that has been left behind. He puts his head in the sand and looks the other way,” she says.

“I’ve been nothing but loyal, true confidante. I’ve kept your secrets and been your friend.

It may not be criminal behaviour, but at the very least, as Prince Andrew might say, it’s unbecoming.