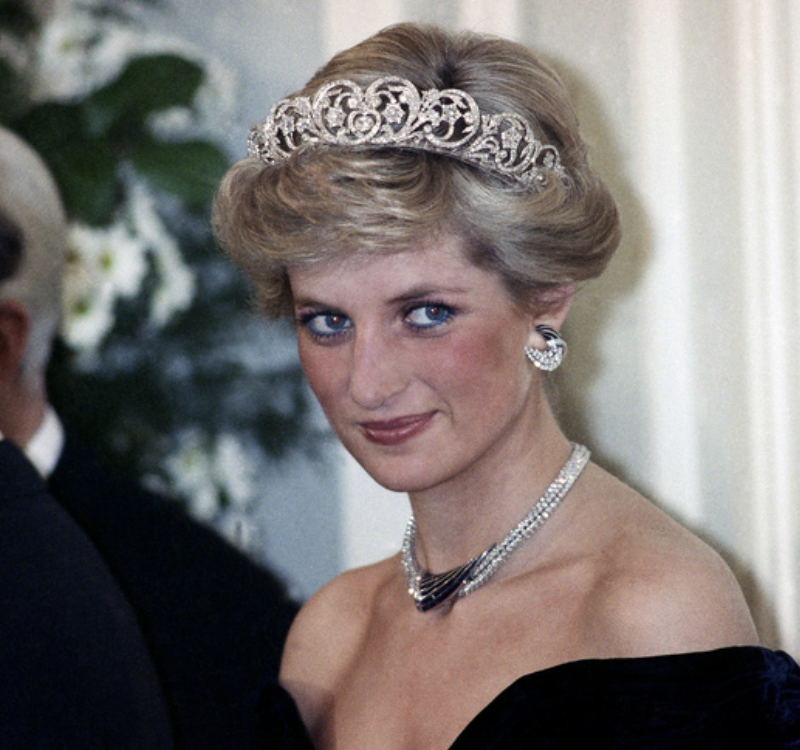 Diana’s Power Must Not Be Diminished

This past week has brought Princess Diana, and the men and institutions who abused her, back into the spotlight

23 years after her death, it’s been yet another week in which Princess Diana has grabbed headlines, divided opinions and been the cause of speculation and controversy.

The fourth series of The Crown, Netflix’s richly-textured telling of royal lives behind Palace doors, sees the arrival of Lady Diana Spencer, the blushing teenager destined to be the Princess of Wales and ultimately our next Queen. The drama relives in unremitting detail those miserable early years after Diana joined the royal family, without ever receiving the memo that she had become one half of an arranged marriage – the union encouraged by the royal family, and most shockingly by her own grandmother, for her to perform her national duty of providing an heir and a spare, before smiling and shutting up.

The Duchess of Cornwall may no longer have to suffer the ignominy of being splatted with bread rolls by indignant Diana supporters as when, back in her Parker Bowles days, she was revealed to be the Prince of Wales’s mistress. But she may well be reaching for a comforting cigarette if she gets more than 30 minutes into the big-budget drama. Prince Charles has long played the equally unhappy, helpless husband, but he too should probably watch the edited highlights from behind the sofa.

The singlemindedness of this pair’s tireless affair has long been a matter of record in many books and documentaries, but somehow seeing it played out in technicolour with the benefit of memorable dialogue recited by pedigree actors makes their selfishness all the more gutting to watch. There is no doubt, as we’re reminded the couple treated Diana appallingly. If the abandoned Princess became cunning and manipulative in response, well, as her fans at the time made clear with their bread rolls, so I say, freshly, good on her.

And in the very same week, we’ve also learned, drip by tantalising drop, of the machinations behind the scenes of the BBC’s flagship current affairs programme Panorama. Rival broadcasters have offered up documentaries exposing the extraordinary lengths reporter Martin Bashir went to in persuading her to sit down with him for an era-defining interview watched in November 1995 by 23million mind-blown Brits. Diana’s brother, Earl Spencer, has detailed 32 jaw-dropping allegations laid at his door by Bashir in order to gain the Princess’s ear.

For both these chapters in her life, re-examined by drama and documentary respectively, we’re shown how the Princess was wronged, paranoid but – as it turned out, right to be, isolated and exploited to fulfill the needs and ambitions of guilty men.

It’s an extraordinary stroke of timing and one that is bound to stir up fresh waves of sympathy for the Princess. These days, we have the language to express how she was treated throughout her marriage into the monarchy by the various Palaces – isolated, intimidated, blamed, written off as crazy. What she described in her interview with Panorama is as clear an example of gaslighting as anything we’ve ever heard.

We could also chew on the bitter irony that the circumstances of her Panorama interview, her means of expressing and freeing herself, apparently relied on similar practices – Bashir playing on her isolation, paranoia and fears in a way that was, with the benefit of 21st century hindsight, is deeply exploitative.

But this simultaneous spotlight, so many years later on these two Dianas, freshly married and freshly separated, is also a coincidence to incite fresh awe for the unique path she carved out for herself from such unlikely beginnings.

We’ve known for years how her courage and compassion increasingly took her to places no Royal had ever been – from cuddles with small children to the bedsides of AIDS victims and even fields freshly cleared of landmines.

But all this fresh talk of her victimhood at the hands of the monarchy and manipulative reporters, threatens to overshadow the other, crucial, aspect of her courage and strength.

Long before the #MeToo campaign united women across the world in facing down inequality in all its systemic and individual forms, the Princess shrugged off her privileged trappings to go public with how badly she’d been treated by an ancient patriarchal institution and one of its leading totems – who just happened to be her husband.

Long before Brene Brown led a host of Ted-Talkers in turning vulnerability into strength, Diana was wearing hers on her sleeve and turning it into her superpower, sharing it with the masses – people who understood long before the sneering hierarchies that she was on the front foot of emotional intelligence, and the right side of history.

Even now, it’s still tough for many people to reveal their demons and despairs. Back in 1995, it just wasn’t the done thing, certainly if you were a glove-wearing royal who reserved your most intimate chats for the manes of horses.

Not only did Diana do that in her book and later interview, she did it with great articulacy, independence of thought and, crucially for her appeal, humour. Compare Diana’s Panorama with all the sit-down celebrity tell-alls, often with Oprah, that have followed in the years since – considered a primetime failure if the subject doesn’t eventually break down. In comparison Diana remained dry-eyed and reflective throughout. She didn’t have to play the victim, she had simply been wronged, but by talking about her experience, she transcended it. It takes an extraordinary sort of power to reveal ones powerlessness, or rather the first step of vanquishing powerless lies in the revelation of it, and in doing that, she cemented her greatest legacy.

The real tragedy lies in the fact that this pioneering version of the Princess was so short-lived. She’d done the hard yards and deserved a far longer, happier, more fulfilling and productive next chapter. And with this new freedom in both mind and status, what a chapter it would have been. But it was not to be.

As for how all those different men treated Diana, whether it was the grey suits up at the Palace, the chin-rubbing executives at the BBC or even the not-so-helpless Prince of Wales, well, ultimately, that’s on them. Their freshly shocking, self-serving machinations must not be allowed to diminish her light.