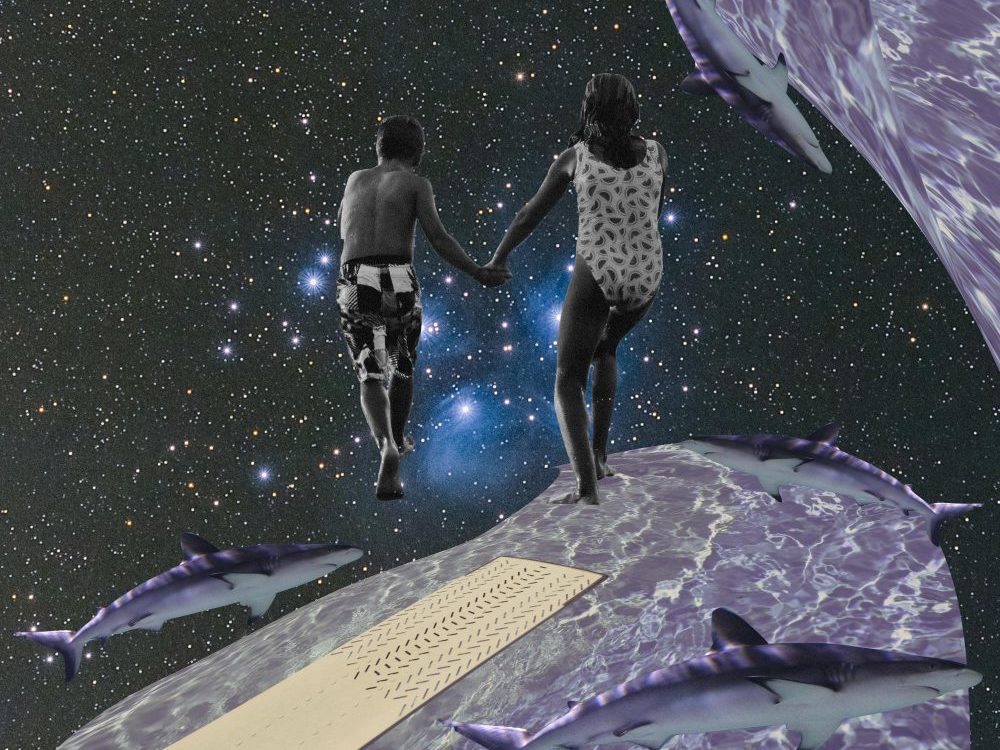 Hidden Racism: Do You Have Racial Biases?

Think racism is something only others are guilty of? Think again, argues diversity campaigner Nova Reid

Eek. I triggered you, didn’t I? OK. Stick with me.

My white liberal friends say these are the worst words you could use to describe them. And let’s face it, no one wants to be accused of being a racist. We’ll come back to that…

I started struggling with my racial identity at around seven years old, when I got likened to faeces in public. Afterwards, I became obsessed with washing. I was trying to get my head around the reason I was brown, to understand why my skin colour didn’t wash off and why I didn’t look like my white peers. I never imagined my own battles with my identity, something that used to make me feel so vulnerable, would today become the very backbone of my work.

As a black woman and accidental anti-racism educator, I’ve become very comfortable with talking about race. But the majority of people, and especially white people it would seem, have not. The problem is we’ve gotten to the point where the fear of saying the wrong thing, the fear of being called out or causing offence, has completely paralysed us. It’s stopped us from having transformative conversations to be able to better understand racism beyond a single overt act of intentional hate.

We’ve become accustomed to only associating racism with blatantly horrible, unintelligent people – usually white men, who sometimes wear hoods –  the kind who want to cause harm to another person because of the colour of their skin. And we’re so used to these blatant displays of dehumanising racism, shaming the people with these overtly racist views, that this narrow definition of racism has got us in a bit of a bind. It means most white people think they are exempt from contributing to racism.

As the sociologist and author of Why White People Find it So Hard to Talk About Race, Dr Robin DiAngelo, says: “Most white people believe that a racist is: one, an individual, two, one who holds a conscious and aware dislike of people based on race and three, intentionally seeks to be mean to them. Individual, conscious, intentional. And by that definition, virtually all white people are exempt from racism. We do not understand that this is a system that is infused across all institutions, traditions, politics, practices, languages and norms. It is a system we are all in and none of us could be exempt from its forces.”

Racism is an unavoidable by-product of living, breathing and being born into a country that once legalised slavery and placed white as the superior default, as the ‘norm’, for centuries. And as a result, racism is deeply rooted in behaviours and belief systems that go beyond what we consciously know is morally right.

Racism is inherent. It’s in our brain’s natural ability to put things (and people) in boxes. It’s in the them v us mentality.

It’s instinctive, and often happens at a subconscious level – and this is what makes hidden racism so dangerous. Researchers and social psychologists have found that hidden racism (otherwise known as microaggression, a term first coined by academic psychiatrist and Harvard University professor Chester M. Pierce in 1970) causes more harm to the mental health of black people and people of colour than overt acts of hate, and often leads to PTSD.

Diversity and racism expert Derald Wing Sue, a professor of counseling psychology at Columbia University, describes microaggressions as “everyday verbal, nonverbal, and environmental slights, snubs or insults, whether intentional or unintentional, which communicate hostile, derogatory or negative messages to target persons based solely upon their marginalised group membership.”

Whilst microaggressions were first discovered to be discriminatory towards racial ethnic minorities, they have since been extended to include people in any marginalised group, such as those differentiated by gender, sexual orientation or disability. We all have biases – it’s a part of being human – but microaggressions happen as a result of those inherent biases and prejudices coming to the surface.

In his book, Microaggressions in Everyday Life, Wing Sue writes: “We have been socialized into racist, sexist and heterosexist attitudes, beliefs and behaviors. Much of this is outside the level of conscious awareness, thus we engage in actions that unintentionally oppress and discriminate against others.”

They are intentional and unintentional. They happen consciously and subconsciously. They are the subtle ways prejudice seeps into the workplace or into chat around the dinner table, and they are often committed by the most well-meaning, lovely humans. Yes, even you.

In April 2019, Scottish model Eunice Olumide was invited to take part in the topical debate show Jeremy Vine. Race wasn’t on the agenda, but because of her ethnicity, it was brought up. Olumide was expressing how her career in broadcasting, an industry that is predominantly white, was difficult due to the colour of her skin. The other two (white) panellists profusely rejected her reality, and took her sharing her experience of hidden racism as a personal attack. Throughout the show, she was continually talked over, accused of being aggressive, undermined, minimised and not believed. These are all common types of behavioral and verbal microaggressions people of colour experience on a daily basis.

“I was immediately attacked by my two fellow panellists, both women,” she later told Metro.” The first told me there are loads of female black presenters. I asked her to name one household name. She couldn’t. Instead I was told there were Christmas adverts with mixed race couples.”

Olumide promptly lost a contract with a multi-billion dollar company she chose not to name, after executives who saw the TV clip told her they didn’t want to be involved in a racial controversy. Microaggressions can create unsafe workplace environments where people feel no other choice but to quit or, as demonstrated here, they can cost people their jobs.

In isolation, of course, many transgressions can seem reasonably harmless. They seem like genuine mistakes that anyone could make, an opportunity for the PC people to get mad. But what makes microaggressions so insidious is their frequency and their subtlety. These daily racial stressors take their toll, often because the victim is trying to process what’s just happened and senses are heightened. The fear of anticipating a racial assault, even non-verbal, can result in the body being in a constant state of fight or flight, because it thinks it is under attack on a daily basis, several times a day. Compound that with the fear of not being believed, and you can see how quickly this adds up and contributes to hidden trauma.

So, what can we do about them? Firstly, we need to understand that racism goes beyond a single act of conscious hate by an individual. We have to listen more, then move out of denial and into action. Accept that you WILL have racial biases. Seek them out and confront them – you cannot treat the symptoms if you don’t know the cause. And lastly, if someone accuses you of causing a microaggression, even if you don’t fully understand the intricate nuances of racism, even if it wasn’t intentional, acknowledge it and apologise.

If we were all to spend more energy exploring where our “isms” are instead of denying their existence, it would allow us to take action to improve race equality and become better allies.

When conversations about race feel uncomfortable, when you feel frightened or even attacked, imagine what would happen if you simply said “I’m sorry. I did not know that was your experience. Can you tell me more?”

People who hold overtly racist views are, thankfully, in the minority. Well-meaning, good intentioned people are in the majority. And if you’ve gotten this far, you are probably part of that powerful latter camp. And that means you and others like you can effect change as allies. Now, how exciting is that?

“Where are you from?”

“Can I touch your hair?”

“I’ve just been on holiday – I’m almost as dark as you now!”

“No, where are you REALLY from?”

Being followed around stores

Being mistaken as the security guard or cleaner

Being spoken over and undermined

Nova Reid is a diversity consultant and anti-racism educator who offers consultancy and online diversity and anti-racism courses. With humility and humour, she uses her professional background in mental health to focus on mindset change, to help dismantle inequality in the workplace and beyond from the inside-out.