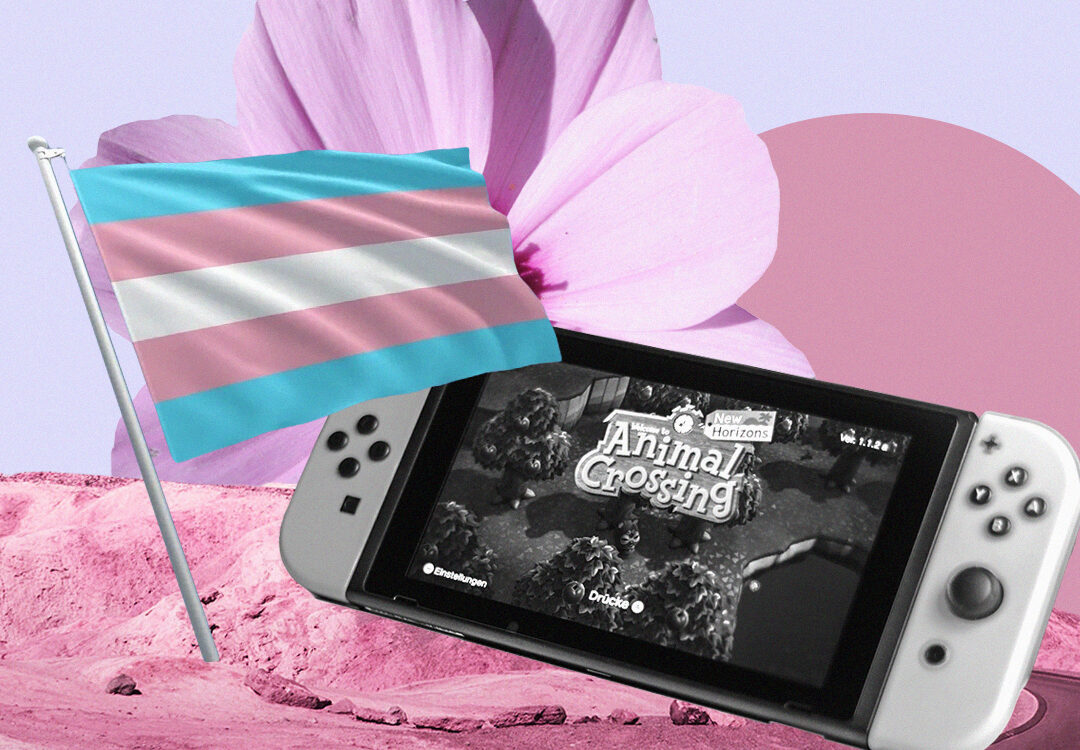 How Quarantine Is Supporting The Trans Community

As I’m writing this, the UK is over three months into lockdown due to COVID-19. Quarantine is hitting all of us hard, from our jobs to our social lives. We can’t see our friends, it’s hard to get hold of certain products, and the general state of the world can be anxiety-inducing to think about.

This isn’t any different for the transgender and nonbinary community. The news is full of people debating our right to exist, and governments around the world are trying to roll back our rights. Waiting times at gender identity clinics have increased dramatically, and we can’t celebrate pride with our peers. However, despite all of these negative impacts, there are some hidden benefits to quarantined life for trans and nonbinary people.

I am very lucky to be in the situation that I am. I have a job that allows me to work from home, and I live with my two queer friends and my boyfriend, who respects my gender identity and never misgender me. It was the last of these points that really got me thinking about the small positives for trans people in this strange time.

It was the last of these points that really got me thinking about the small positives for trans people in this strange time.

As a feminine nonbinary person who was assigned female at birth (AFAB), a lot of people reduce my gender identity to ‘basically a woman’, and my gender presentation means that I am constantly read as female by strangers. In quarantine, I can present as feminine as I want and still be gendered correctly.

I’m not the only one who’s been positively impacted by this change. After asking online I discovered that many other trans people felt the same. Jo told me that they really appreciate their housemate, who is also trans, because they always “know exactly what to say during moments of dysphoria, and always gender [them] correctly.” Hayley and Sebastian are in a similar situation to me, living with their supportive cis partners. Hayley said living with their boyfriend is a “huge plus”, and Sebastian said that his living situation has given him a great confidence boost. Many trans folks have also said that being furloughed from their customer service jobs has increased their mental health, as they are misgendered significantly less. Being misgendered can slowly chip away at your mental health without you realising, so living in an accepting and affirming environment can be rejuvenating.

Many trans folks have also said that being furloughed from their customer service jobs has increased their mental health, as they are misgendered significantly less.

Like many AFAB trans people, I want to have top surgery. My chest dysphoria isn’t too bad, and I’m lucky that my chest is already quite small, but I know that I would be a lot more comfortable with a flat chest. Binding, for me, is a choice. There are only a few times when I feel that I have to bind to feel comfortable in my gender expression, but for a lot of AFAB trans people, binding is a necessity when venturing outside.

Since the beginning of the pandemic, trans community groups have been advising against binding where possible. Binders are safe tools for chest compression, but they can still have long-lasting effects on wearers. Binding for long periods of time has been known to cause breathing problems, and since COVID-19 is a respiratory virus, binding could mask your symptoms, or aggravate breathing difficulties.

Trans people don’t just bind for the benefit of strangers, though. Binding can seriously reduce chest dysphoria, allowing trans people to get on with their lives without constantly thinking about a part of their body. But for some trans people, like myself, staying inside means they don’t have to worry about their chest at all. There are trans men who don’t mind their chest but bind due to societal expectations of what a ‘man’ should look like, who can now give their chests a rest. Other nonbinary people don’t have to choose between wearing a bra and a binder when what they really want to wear is neither! Rival and Hayley both told me that being able to wear neither meant they were a lot more comfortable physically and experienced less chest dysphoria.

As well as not feeling the pressure to bind, a lot of trans people have been experimenting with their gender presentation in quarantine. The lockdown haircuts trend includes trans people too! But, there’s also AFABs getting used to presenting masculine without binding, and AMABs seeing how long they can let their body hair grow whilst still feeling comfortable. Sebastian, who is also a cosplayer, told me that quarantine has allowed him to experiment with his character roster:

“In quarantine, I can express myself however I wish with no fear of being misgendered. As a cosplayer as well as being trans, I have found myself becoming far more confident [trying] androgynous/effeminate male characters than I believe I would usually be comfortable with. Support and validation from my environment truly seems to [play] such a key role in feeling comfortable and valid within myself.”

Being stuck inside means that a lot of people have been turning to video games for entertainment or escapism. I and many others worldwide have taken to playing Animal Crossing: New Horizons for hours on end to avoid thinking about the outside world. In fact, the release of the new Animal Crossing game, coupled with the global pandemic, led to the sales of Nintendo Switch consoles in March 2020 doubling compared to 2019.

All video games can function as a form of escapism, but ACNH, in particular, is fantastic for the trans community. It’s an idyllic life simulator set on a deserted island, where all of your neighbours are anthropomorphic animals. Not only is the whole concept of the game perfect for ignoring the real world, but it also has many features that allow players to experiment with their gender expression. There is no gender select feature in the game, and all players can look and dress however they choose. Plus, all of the NPCs refer to player characters using neutral they/them pronouns. If you’re unable to present in your preferred way in your current living situation, this game allows you to do it in a friendly, non-judgemental virtual space.

If you’re unable to present in your preferred way in your current living situation, this game allows you to do it in a friendly, non-judgemental virtual space.

Overall, I believe that my lockdown situation has boosted my mental health regarding my trans identity, and has given me the opportunity to explore my expression. Quarantined life has still negatively affected me in a lot of ways, but at least this aspect of my life isn’t giving me any more unnecessary trouble.

I think Mei phrased the situation perfectly; “When [I’m] not working, I can exist purely in a world of blankets where gender doesn’t matter.” Personally, that’s a world that I’d love to live in.

If you need someone to talk to, these organisations are here to help: