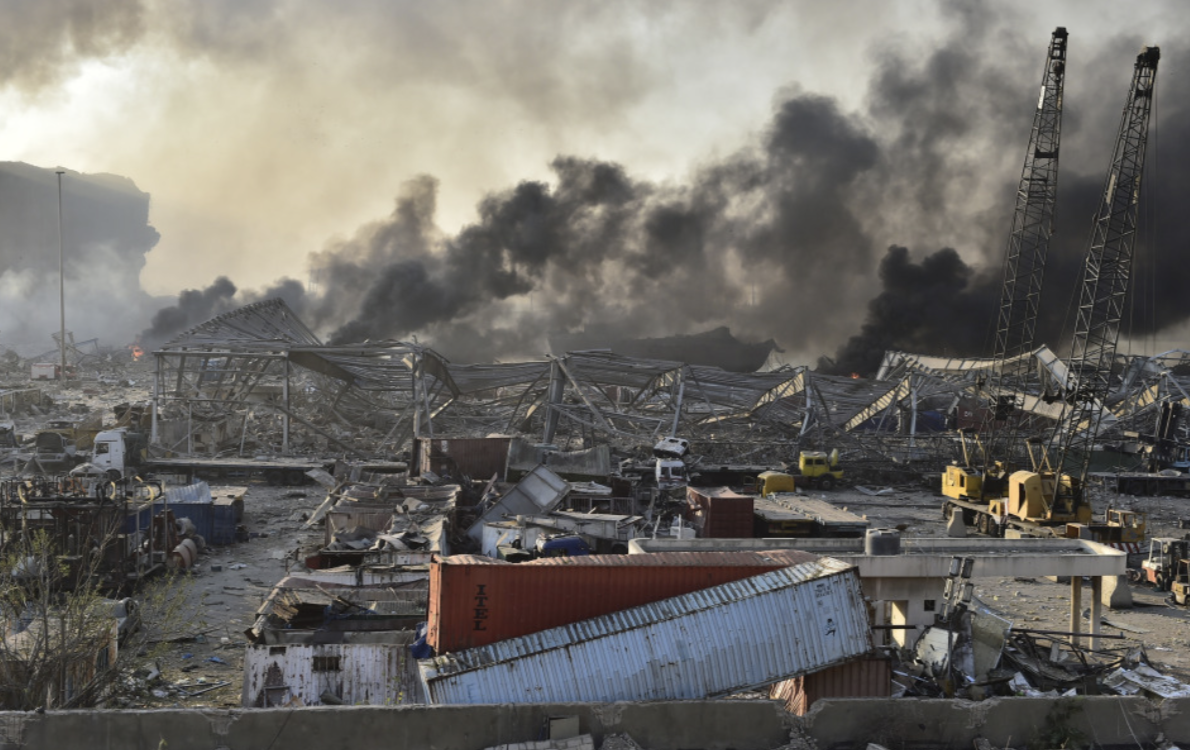 How to Help Beirut Right Now

Earlier this week, a deadly explosion hit the capital of Lebanon, causing massive loss of life

On Tuesday, August 4th, a fire took place at the Port of Beirut. A colossal explosion was followed shortly after, sending a mushroom cloud into the air and a supersonic blastwave over the entire city. The blast was so severe it was heard from 150 miles away, on the island of Cyprus. It’s resulted in 135 deaths so far, with thousands of casualties, and has left over 300,000 people homeless.

The cause for the blast is still being investigated. Lebanon’s President, Michel Aoun, blames the explosion on 2,750 tonnes of ammonium nitrate that were stored unsafely in a warehouse. The orange cloud that’s visible in photos is a sign of toxic nitrogen dioxide, say experts. Amnesty International has called for an independent investigation on why this has happened.

Alongside a global pandemic, Lebanon’s banking system and inflation rates have skyrocketed this past year, resulting in dozens of mass protests. To put things into perspective, the World Bank predicted that 45% of Lebanese civilians would be below the poverty line in 2020. With power cuts lasting up to 22 hours, 50% of shops predicted to close down, a refugee crisis, and a spike in COVID-19 cases, the last thing anyone needed was an explosion causing such destruction.

“It’s an economic crisis, a financial crisis, a political crisis, a health crisis and now this horrible explosion,” said Tamara Alrifai, spokesperson at the United Nations Relief and Works Agency for Palestine Refugees in the Near East.

My heart goes out to everyone there 🙏🏽

85% of grain stocks (as well as other major food imports) relied on the port to gain entry into Lebanon. Worryingly, this means that there is only enough grain to last another month. The country will also need 3 to 5 billion dollars to cover the damages alone. Clearly, this calls for major global aid. The only upside? That you have the power to help.

Where you can donate

The Lebanese Red Cross is the country’s main provider for ambulance services and aid. This fundraiser is the main disaster relief for the Beirut explosion. Beit El Baraka helps families and elderly people with the cost of living and will be trying to help all families that have been affected by the explosion. Donna Sang Compter is an organization that facilitates voluntary blood donation.

In all this horrifying blood shedding, thank you to all those who donated and all those who tried to donate.
All blood banks were overcrowded and pumping hope.
Demands are all fulfilled for tonight.
Let's stay alert for the coming few days.
Sad night for #beirut #بيروت

Islamic Relief volunteers will be helping to clean the debris off the streets, they’ll also be focusing on handing out food parcels and food imports. Embrace Lifeline will be helping those who have been mentally affected by the explosion. This fundraiser will be raising funds for small businesses/artists in Beirut.

Other charities to donate to