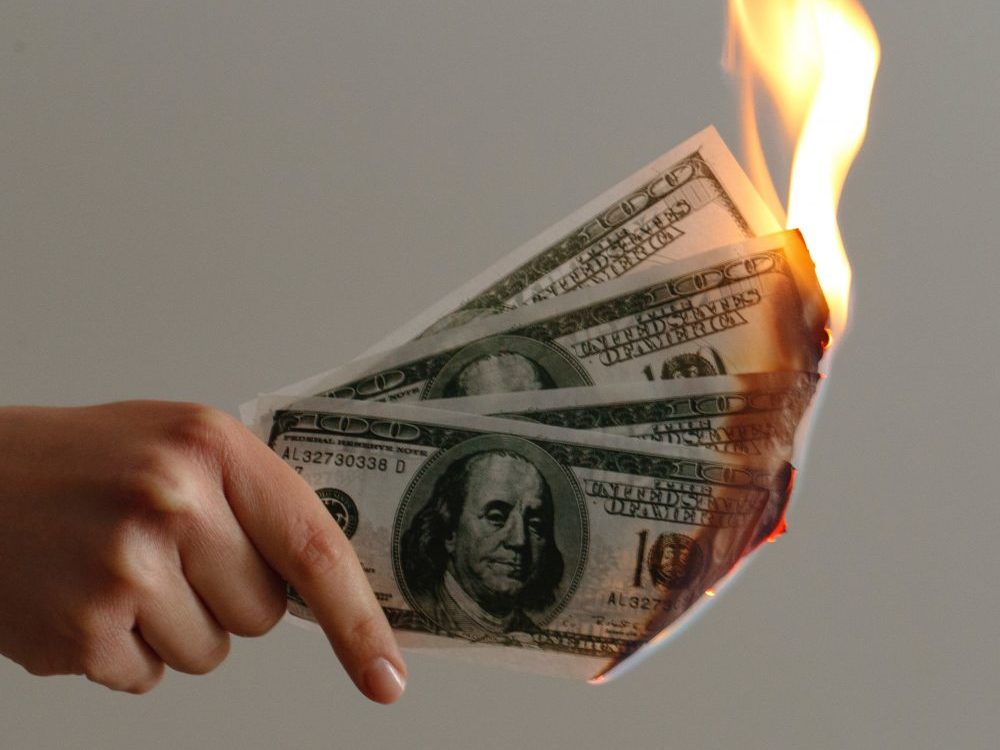 Rachael Revesz may help you make financial decisions, but when it comes to her own pennies, things aren’t taking care of themselves

I recently did that unthinkable thing, the thing no one ever does. I took my annual pension statement and read it, from cover to cover, on the bus to work. I learnt a few hard truths. The kind you can make a Twitter thread out of.

First, that my projected retirement income – a measly monthly amount once I hit 65 – was not based on what I’d earned and saved already; it was based on me continuing to save the same amount for another 35 years. I also learnt that, if I kept going at this rate, I’d be a pauper. That hazy vision of round-the-world cruises and cashmere cardigans was disappearing before my eyes.

Anyone who knows me would say I should have already been aware of these terrible facts. After all, I’m a financial journalist.

Mea culpa! I have left savings rotting in my current account, despite knowing that as the years went by, inflation would erode their value. I have remained fiercely loyal to the first bank I opened an account with at 16 and did not shop around for better interest rates (my bank’s only London branch has closed and now I would have to travel 400 miles to Scotland to deposit a cheque). And despite a decade of making packed lunches, I don’t know what good it’s done me. A budget? Boring! Just give me a chocolate croissant from Pret, for goodness’ sake, and let me enjoy having disposable income while it lasts!

I need to get serious though. Because there is a dire need for us, especially as women, to get to grips with our finances. The gender pay gap is around 11.9%, and both the investment gap and the pension gap are pretty terrible. But capitalism isn’t vanishing anytime soon. The only way we can even try to win in a system that’s stacked against us to get a handle on our finances.

It’s not like I don’t know how to go about doing that. I’ve written a whole book’s worth of articles that help rich white men get richer, all the while wasting money on pretty boxes of macarons and that cheese with truffle in it (the economics behind why millennials spend what little they have on the odd treat is a whole different article – watch this space).

I’ve interviewed bankers, financial advisers, economists, behavioural science experts, hedge fund managers, investors and the man that brought down Barings Bank in the 1990s. None of this experience has made me into someone who practices what they preach. I just thought, I’ll do it soon. I’ll do it someday.

When I turned 30 recently, I thought enough was enough. How could I be able to tell you the exact level of the FTSE 100 and the yield on a 10-year government bond yet not even have a decent savings account?

I decided to get independent financial advice – this time, for me, not for an article. The nice man called Phil started asking me questions – ‘What do you want to do with your savings?’, ‘Are you planning to buy or keep renting in London?’ I flustered and filibustered. I didn’t know what to say. After our call, leaving poor Phil to cobble together my future based on ‘mms’ and ‘uhhs’, I had a small light bulb moment.

Of course I haven’t made more sense of my money – because I don’t even know what I want to do in six months’ time, let alone six years. I might be in Berlin. I might be in a coma – and no, I don’t yet have a will sorted. Or I might just have moved around the corner, to a slightly nicer flat, and be spending money on pretty crockery for dinner parties that I will never get around to hosting. So frankly, I don’t know what my life, my career, or my financial situation will look like. Phil’s questions therefore became unnecessarily big and scary.

I can imagine some readers will get a bit judgy-wudgy a la Refinery29’s Money Diaries, and groan with exasperation as I frump around and fritter cash.

But I am not alone in stalling. Research from Hargreaves Lansdown found that women are 20% less likely to open a stocks and shares ISA, for example, because they are worried they don’t have enough in-depth knowledge. Generally speaking, women want to know every detail and every risk before they invest. In finance, this is called doing your due diligence (although perhaps too much of it.) I relate to that. If you’re going to do something, I always think, do it properly. Then it’s easier to leave that important task until June, until October – and hey, you’ve just failed all your New Year’s resolutions.

Women are not less capable or worse at investing. In fact, the same research found that women are better investors than men and tend to outperform.

As such, I’m now going to turn this piece around faster than a TV presenter who takes a perfect dish out of the oven and shouts ‘Look what I did earlier!’

There are some basic rules you can follow, and I do my best to apply them to my life now. One: have three to six months’ worth of expenditures in cash savings, just in case. Two: don’t invest until you have cash savings and you’re ready to let that money go for at least five years. Three: if you have an employer pension scheme or you can afford to contribute to a pension as a freelancer, put in as much as you can. Four: Invisalign will bankrupt you if you don’t save for it, crooked canines or not.

Finally, don’t let anyone fool you with jargon and Big Boy Talk ™. This isn’t The Big Short, and our daily finances aren’t as complicated as collateral debt obligations (CDOs) propping up the subprime mortgage market. The only difficult thing is finally facing your bank account without your hands over your eyes and deciding to make the best of what you’ve got. A budget is a good place to start, as is having separate savings pots for different goals. I know it’s hard, but it’s necessary – especially if we want to defeat the pension-equipped patriarchy. Good luck.

Some good resources for first timers:

Some blogs I’ve written about filling in a tax return, interest rates and the basics of investing: https://www.starlingbank.com/blog/author/rachael-revesz/

More from Money , MONEY
See All 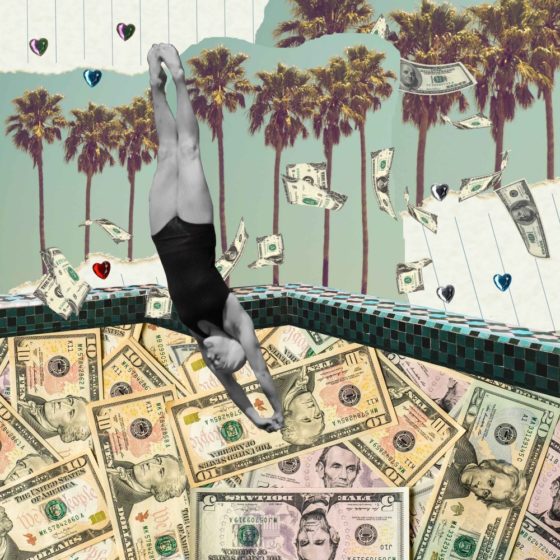 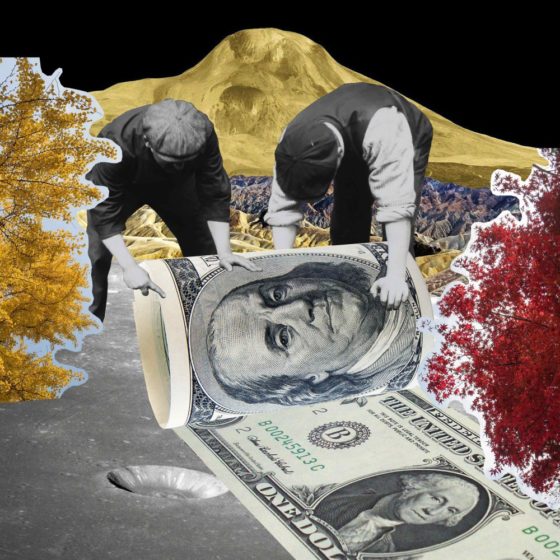 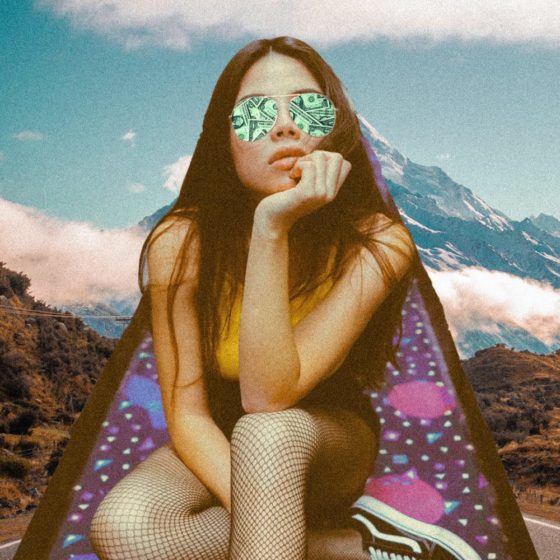 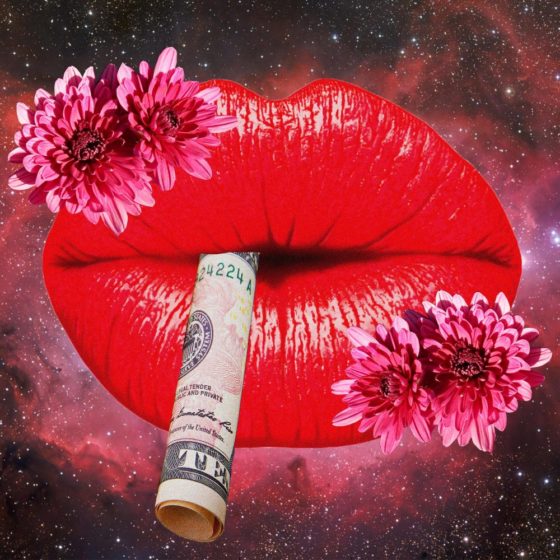