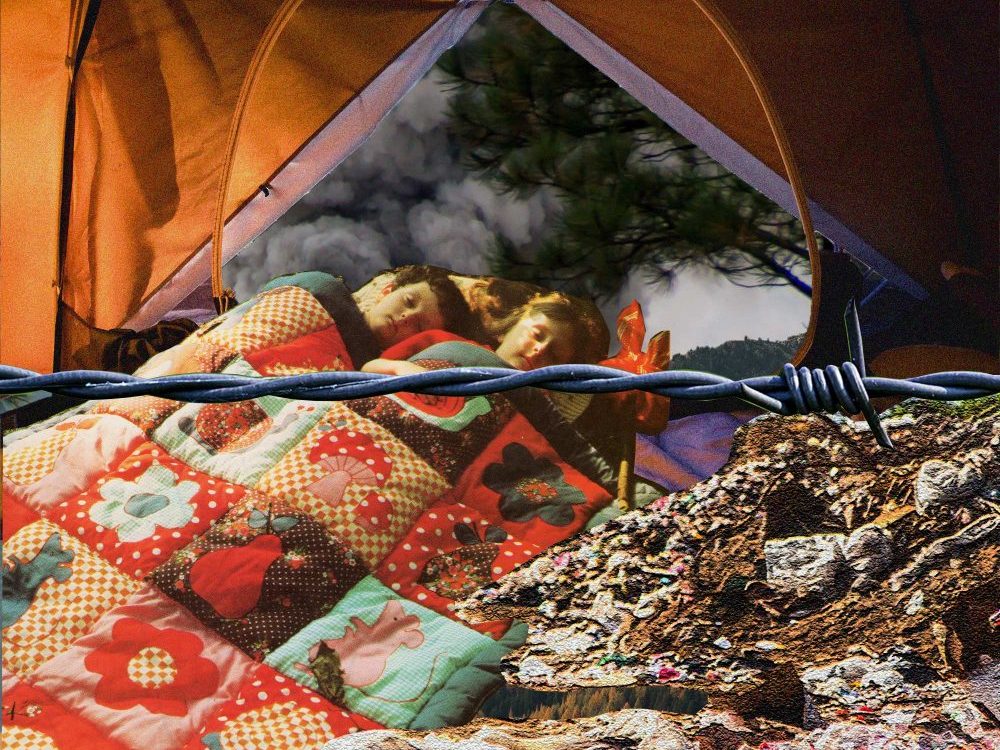 Over the past few weeks, I’ve found myself crying spontaneously, intermittently and consistently at various unannounced and largely unprovoked times in the day.

It appears I’m really not precious about what I’ll cry over; a broken bowl or the lack of parking spaces in a car park for example. Nor am I able to maintain any form of social decorum when in public. I’ve been doing my food shop, filling my car with petrol, washing the pots, just weeping whilst I complete my daily errands.

I even cried throughout the entirety of Joel Corrie’s new song when it came on the radio whilst driving – arguably the least sad song in the charts currently. Nothing, in particular, has happened on a personal level to warrant this new tier of functional depression. Life is just sad.

I feel a need to shut off from the world, both technological and interpersonal

Amongst the relentless waterworks, there have been additional symptoms. I’m easily irritable, routinely cynical, have little enthusiasm for the things that usually bring me joy and I’m exhausted. For someone who regularly suffers from insomnia, I’ve had no difficulty getting or staying asleep, in fact, all I seem to want to do is sleep. I feel a need to shut off from the world, both technological and interpersonal. I’ve no capacity to engage in discussions, can’t formulate arguments on the topics I feel passionate about, and most worryingly I’ve lost the desire to communicate my thoughts on any of it. I have trauma fatigue.

Trauma fatigue represents the physical and mental effects of being exposed to traumatic experiences on a regular basis. When we reach the point of trauma fatigue this quickly progresses to emotional burnout. Burnout is often a progressive incline of stress, dissatisfaction, and enthusiasm and common symptoms include; a pessimistic outlook on life, a desire to “drop out” of society and to escape reality and feeling empty and hopeless about yourself and the world around you.

I’ve experienced these phases before. Whilst studying two consecutive Social Science degrees over six years, courses which required me to be constantly up to date on current affairs and politics in order to inform my essays and research took its toll. This was exhausting. I’d wake up to depressing headlines from news outlets, and social media immediately offering social commentary. This intense level of consistent critical thinking this required simply wore my brain out.

As soon as I finished my degree I deleted the news apps and all social media (bar Instagram) from my phone. I made the delayed access current events and politics through a habitual practice; checking in with the news only when I had capacity. This meant I could be behind on the news for up to a week or more, but it enabled me to maintain more control and autonomy over the content I was exposed to.

A few months ago, I re-downloaded Twitter for the first since 2018. The news apps remain deleted. My return to a social media platform I don’t particularly enjoy was purely professional: to access more commissions and network within other writers. Once again, the unyielding access to current events in real-time, combined with the immediate social commentary and personal accessibility to strangers on the internet, has become a burden.

How could it not be?

This year has been defined by uncertainty, turbulent change and tragedy. It is relentless. August alone was particularly harrowing. Since the initial spread of Corona Virus and the turbulence of lockdown measures, which have then been compounded by the collective grief and calls to action following the death of George Floyd, and the blatant refusal from those in power to actively insight change, the bad news has been incessant.

Every day there was a new tragedy, outrage or controversy and the suffering of Black people and people of colour largely dominate these reports. From the explosion in Beirut which is estimated to have killed almost 200 and injured almost 7,000; the shooting of Jacob Blake, another exhibition police brutality against Black people in the US; the insensitively barbaric coverage of refugees desperately seeking safety by British reporters; the death of Mercy Baguma and her son, who died in extreme poverty after her limited Leave to Remain expired; the sheer fiasco of the A-Level results algorithm which disproportionately impacted disadvantaged children, to the untimely death of Chadwick Boseman who lost his life to cancer, whilst the Black community lost a hero.

There’s too much sadness, and I’m just one person. How am I meant to fix all this?

It was the latter which tipped me over the edge. I resigned myself to a cathartic, purposeful and unstoppable breakdown which lasted the duration of the day. I’ve never felt so helpless and defeated by a society I feel I simply exist within. This is the most damaging consequence of news fatigue for me: the debilitating reduction of my capacity to be socially productive. Losing my ability to be socially active, something that is so enmeshed with my sense of self is the most personal blow. Whilst we may be able to control our exposure to the negative events of the world, now, once I’m informed, I feel a complete lack of control to enact significant change. There’s too much sadness, and I’m just one person. How am I meant to fix all this?

This completely defeated feeling has a larger social impact beyond my own personal wellbeing for two reasons. If we as activists become collectively trauma fatigued, characterised by our propensity to care so emphatically about global and individual suffering, we run the risk of becoming passively exhausted bystanders to the injustices of the world when we burn out.

Those who aren’t as socially active are equally likely to experience the effects of trauma fatigue which can transpire as compassion fatigue and cognitive dissonance; the inability to empathise, sympathise or care about someone else’s pain.

Whilst news outlets most certainly have a role to play in the insensitive sensationalism when reporting on of suffering, particularly in marginalised communities, their suspiciously timed news angles and their reluctance to hold governments accountable through the medium of the press, it’s doesn’t negate the fact that these atrocities are happening. In order to overcome trauma fatigue as a long term social justice problem, we need to fight to ensure that the injustices are not repeated. When everyone in society commits to collective social accountability within their capacity, the burden of responsibility is removed from the communities who are both suffering and fighting.

When trauma fatigue hits, we all need a rest, but some of us have been resting more than others.