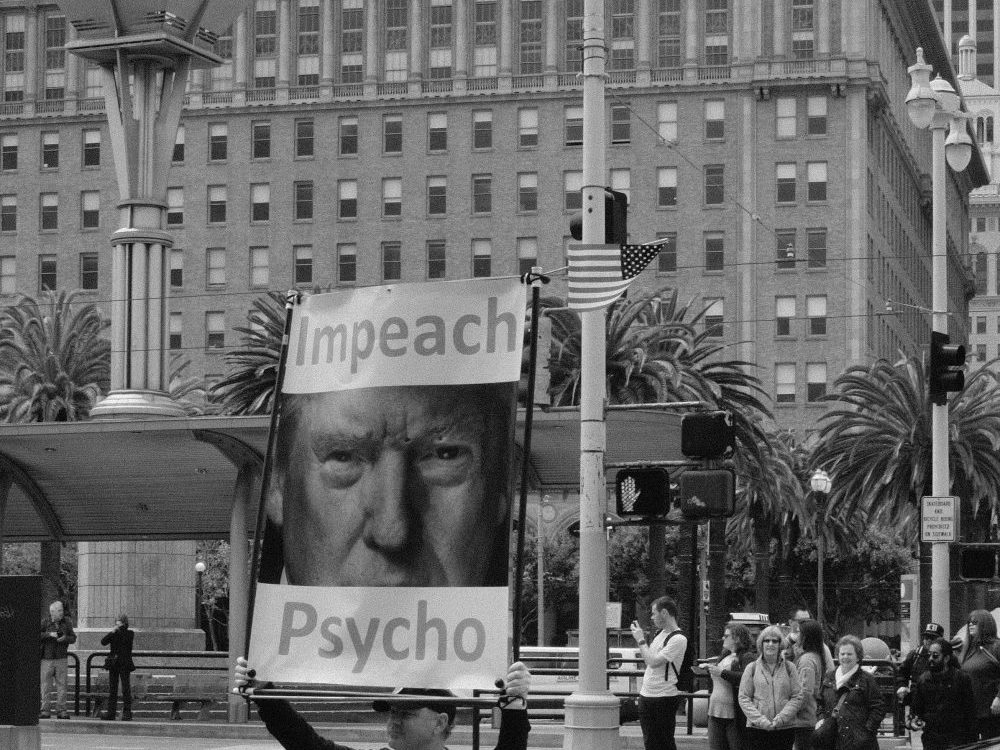 Donald Trump may have been acquitted, but the fight isn’t over. Here’s how you can participate

“Donald Trump, I still believe, is a one-man crime wave, and we can’t let him get away with all of his other offenses against the Constitution and the people,” Rep. Jamie Raskin (D-Maryland) told The Hill.

Democrats plan to continue looking into Trump’s interactions with Ukraine, as well as other potential misdeeds. After The New York Times reported that former national security advisor John Bolton’s new book directly links Trump’s decision to withhold aid from Ukraine to his requests that Ukraine investigate his political rival, it’s possible House Democrats will call Bolton to testify. Bolton said last month he was willing to testify in the impeachment trial, but Senate Republicans chose not to call witnesses. However, House Speaker Nancy Pelosi said at a news conference last week that there are “no plans right now” to subpoena Bolton.

Another former Trump advisor has spent months fighting a subpoena to testify. The U.S. Court of Appeals for the D.C. Circuit is expected to rule soon on whether Don McGahn, former White House counsel and a star witness in the Mueller probe, must speak to the House Judiciary Committee. Lawyers for the committee said in a federal court filing that if McGahn’s testimony produces new evidence, the committee “will proceed accordingly — including, if necessary, by considering whether to recommend new articles of impeachment.”

Then there are the other Trump lawsuits still playing out in the courts. The Supreme Court will hear arguments in three cases related to Trump’s financial records in March. Although lower courts have ruled against the president, the court allowed him to keep the records under lock and seal until a final decision is made. If Democrats are given access to the records, the contents could launch a new investigation.

Though unsurprising, the Senate’s decision to acquit Trump was a major step backwards for Democrats’ efforts to hold the president accountable. If the whole process left you feeling angry or apprehensive about the future, there are a few ways you can make your voice heard.

Call your representatives about the Trump investigations

If you want members of the House to continue investigating and calling witnesses, let them know. Picking up the phone tends to have more impact than sending an email or letter. You can find your representative here, or call (202) 224-3121 to reach the U.S. House switchboard operator. Once on the phone with someone from your representatives’ office, let them know you’re a constituent and then get straight to the point.

Make sure you’re registered to vote

Considering the speed at which Congress works, it’s unlikely anything concrete will happen before the presidential election in November. Deadlines to register to vote in the general election are typically in October for people voting within the U.S., but every state’s deadline is different. Find out how to register here if you live in the U.S., and here if you live abroad.

Get involved with a presidential campaign

If you want to be proactive before November, consider getting involved with a presidential campaign. The Democratic nominee will be selected at the Democratic National Convention in July, but you can start volunteering with a campaign now. Whether you’re able to donate money or want to volunteer your time, you can find specific information about how to pitch in on individual candidates’ websites.

Help out a Senate campaign

Democrats took back control of the House in 2018 only to be stonewalled by a Republican-majority Senate. Republicans currently hold 53 Senate seats, meaning Democrats would need to flip four in order to take control of the chamber.

Meanwhile, exactly four 2020 Senate races involving incumbent Republicans are considered toss-ups. Sen. Susan Collins (Maine) faces a tough reelection, as Planned Parenthood and other pro-choice organizations are backing one of her Democratic challengers, Sara Gideon. Sen. Martha McSally (Arizona), who was appointed to the Senate by Arizona’s Republican governor after Sen. John McCain’s death, must defend her seat in a special election. Sen. Thom Tillis (North Carolina) has centered his reelection campaign on his opposition to impeachment. And Sen. Cory Gardner (Colorado) is “the most vulnerable GOP senator up for re-election,” according to RollCall.
Senate Majority Leader Mitch McConnell also has a competitive challenger in Kentucky — former Marine fighter pilot Amy McGrath. The Cook Political Report rates McConnell’s seat as “likely Republican” in 2020, though McGrath raised almost $11 million before she officially filed as a Democratic candidate.