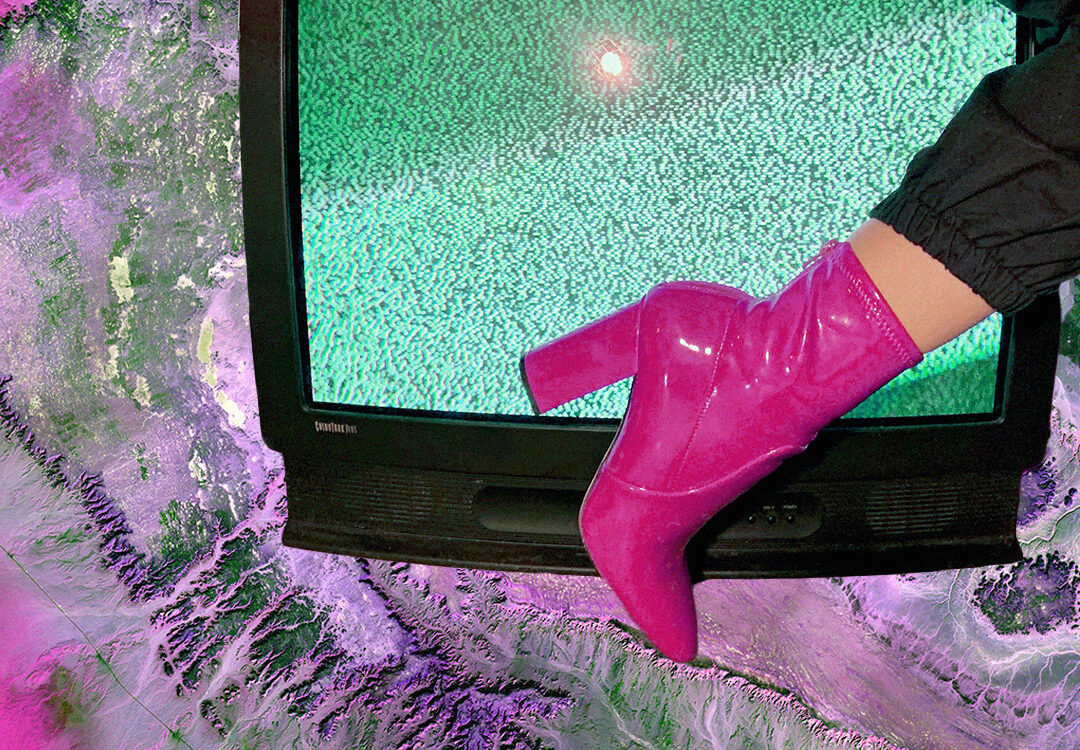 In Defense of Watching Escapist TV

Alya Mooro has some *thoughts* on everyone’s favorite hate watch, ‘Emily in Paris’

I don’t know about you guys but for months now I haven’t been able to watch anything other than re-runs of the Kardashians. In a year that has felt increasingly dystopian, the thought of watching something that’s as heavy, as scary and as *realistic* as what’s playing out in the news and in the world around us just hasn’t felt tempting – at all. It’s not a stance I would have taken this time last year.

That’s not to suggest that I haven’t always enjoyed watching the Kardashians (I have), or that I look down on so-called “trash” TV (I don’t). But as someone who believes strongly in the power the media has in shaping our worlds and our experiences, I have always believed in the importance of accurate representation, and in the media’s duty to provide it.

It’s why I didn’t think I was going to watch the new Netflix show Emily in Paris, a two-dimensional comedy drama from the creator of Sex and the City which centres actress Lily Collins as a 20-something-year-old American who moves to France, to work at a Parisian marketing agency.

Since its release earlier this month, a lot of criticism has been levelled at it. Critics have said that it portrays negative stereotypes of French people and reductive portrayals of Paris. Others have criticised it for its unrealistic depiction of social media; others still, its failure to accurately represent the multi-cultural city – its very white cast is very lightly interspersed with just a couple of characters of colour.

I had read the reviews, and dismissed it.

But when I found myself on my sofa on a Saturday in quarantine, with a full day stretching ahead of me, I thought ‘fuck it’ and put it on. It turned out to be exactly the light-hearted escapism I needed.

It had little of substance to say, was unchallenging – both for Emily, and for the viewer – and utterly predictable. Those sound like bad things, but I think they are the exact reasons I enjoyed it. The exact reasons it’s been pulling in such a huge number of viewers, making it one of Netflix’s most watched titles.

Like many, I watched the entire season over the course of an afternoon. Taking to my Instagram stories while waiting for the next episode to roll over, I posted a poll: “Love it” or “It’s shit” I asked. Over 60% of the 250 people who responded said they loved it, with many citing its light-heartedness as the reason why.

“I mean, a lot of it is so unrealistic, but why does stuff always have to be realistic?” screenwriter Alannah Olivia told me. “That show isn’t trying to say anything new or political,” she added.

“We all need something not to think,” agreed content strategist Zeina Tabbara. “That’s what reality shows and shows like this are for, and there should be no shame in liking both highbrow and lowbrow content.”

Hot on the heels of the success of shows like Selling Sunset, Below Deck and even Tiger King, it’s clear that even the most culturally discerning characters have this year found themselves watching the kind of escapist television they might otherwise sneer at.

We are all, for lack of a better way of putting it, fucking tired, and in need of a vacation from reality.

In truth, at a time where we are living through a global plague and doom and gloom seems to greet us at every corner, reality feels increasingly overrated, meaning many of us are happy to take easy and struggle-free wherever we can get it. We are all desperate for distraction, something television has always provided.

Of course, TV can be a great tool for education, and seeing accurate and varied representation on screen is beneficial for a whole number of reasons. None of this should be discounted. But equally, television can, and should, sometimes be just for entertainment.

What’s more, we shouldn’t be depending on sitcoms to give us the information and the dose of reality needed. There are documentaries and non-fiction books and the news and the real world for that. All things we should equally be consuming, and which escapist TV can better equip our frazzled minds to engage with.

Emily in Paris is an escapist fantasy, one in which there are no consequences for actions and optimism and chirpiness prevails. And maybe that’s exactly what we need right now. As the saying goes, Paris (and hot men) is always a good idea. Especially when, for so many of us, both seem like they’re off the table for the foreseeable.