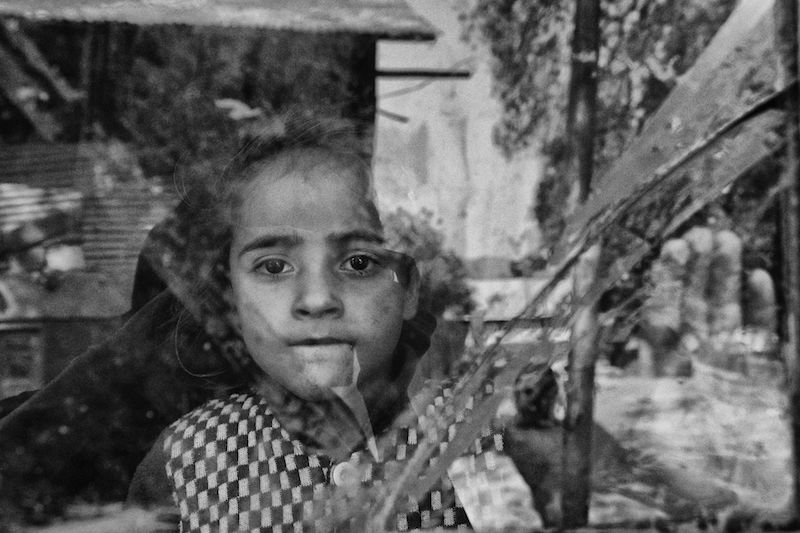 Jessie Williams talks to the photographer documenting a region in lockdown

Ever since Indian independence in 1947, Kashmir has been plagued by unrest. The mountain valley, described by the Mughal emperor Jahangir as a paradise of which “priests had prophesied and poets sung” is the most militarized zone in the world. Divided between neighbouring Pakistan and India, the disputed territory has been a flashpoint between them, with two wars fought previously over the region. Tensions have heated up considerably in the past couple of months following the Indian government’s decision to revoke Article 370, which gave Indian-administered Kashmir special status. This means the state of Jammu and Kashmir will no longer be able to make its own laws; instead it will be governed by Delhi.

The lockdown began in August with the arrest of political leaders, then came thousands of additional troops, followed by a communication blackout and curfew. Confusion swept over this picturesque place nestled in the foothills of the Himalayas. Social media became abuzz with concern from people desperately trying to get in contact with relatives. Internet and mobile phone connections remain suspended, while streets are deserted, and hundreds of Kashmiris have been detained far from home without trial. With the lack of tourists and many businesses shut, it’s estimated to have cost the region’s economy more than $1b in two months, according to industry experts. Trump has refused President Modi’s request to act as a mediator between India and Pakistan – two nuclear powers now at loggerheads. In an emotional speech at the UN, Pakistan’s leader, Imran Khan warned of a potential “blood bath”. At the time of writing, Kashmir has been in lockdown for 66 days. The region is in limbo.

The photographer, Avani Rai, has just returned from Kashmir – her second trip since the blockade. She describes the situation there as being like “a prison and a black hole”, where people are treated like “convicts”, adding that “in most of the world people are innocent until proven guilty, but not in Kashmir.” The 27 year-old started shooting in the region almost five years ago, and she hasn’t been able to keep away since. “I wasn’t even sure I wanted to be a photographer until I went there.” She says that the region is so badly misrepresented, particularly within the Indian media, that it made her want to pick up a camera. “Someone has to be responsible to tell the truth of the valley,” she says over the phone from Mumbai, traffic noises blaring in the background. “The moment you land in Kashmir, the first conversations you have there, the expressions, even the emotions; everything will talk to you. You can’t lie about the place and its people.”

Rai’s haunting black and white images are not only used to illustrate news stories on the region, but fill up her Instagram grid. A boy stands in front of razor wire – his questioning eyes looking straight into the lens, a mass of women hold their arms aloft in protest, a little girl stares forlornly out of a window, an old man clutches a photograph of his injured son, the small hands of children touch a wall riddled with bullet holes; this is daily life for Kashmiris. “There is a lot of pain and suffering in Kashmir – Kashmir is not about pretty flowers and beautiful landscapes. We don’t talk about what people are going through, including the brutality they face.”

But telling the truth often comes at a personal cost. Rai says she gets threats all the time because of the photos she shares, “they tell me I’m a traitor or a terrorist, or I should go back to Pakistan. The problem with India is that if you start talking about these things then you risk being censored or even arrested; there is very little freedom of speech, so it’s a precarious balance.” She wants her images to humanize the conflict and get people to speak about it on a larger scale, but says she can only capture a very small part. “The amount we know is nothing compared to what is actually happening. What about the people we haven’t heard from?” In particular, she tells me that places like Baramulla and Kupwara in North Kashmir, and Shopian and Pulwama in South Kashmir, are getting very little coverage. There are a few Kashmiri journalists who are reporting from there, but in very bad conditions. “It almost feels like Kashmir has gone off the world map; it feels like it doesn’t exist anymore,” she says.

At the start of the week, Indian authorities announced that they will lift the travel advisory on Kashmir, and they will gradually remove restrictions on movement. Yet, Rai says that when she was there last week, things didn’t seem to be improving. “It is still really bad; the security blanket is so strong. There’s about one security person for every 8 or 10 civilians, which means every household has someone guarding them. That means you have the whole place covered. When I was leaving the last time there was a car with a speaker on top announcing that today you have to stay inside and you can’t come out.”

The restrictions are particularly difficult for Kashmiri children, who haven’t been to school in two months. “Where are they going to spend all their energy? Where is their focus going to be?” Rai asks. “In every household you hear stories of killing or disappearances, every child has seen a funeral, every child has seen a security man beating up a civilian. What is the future going to be for these children?” She is concerned about their long term mental and emotional health; “There’s generational trauma in Kashmir, just as there is in Palestine.”

By sharing her photographs, does she think she’s giving Kashmiris a voice? “I don’t think I’m giving them a voice, because this is very personal to me. It’s not about giving them a voice, because they will speak themselves and we have to listen to them. Their voice is their voice. It is my angle of the truth, and what I see.” When Rai travels in Kashmir – usually alone – she generally feels safe. “Usually I feel safe, even if I go to a place where there are lots of men in a public space. But the trolling and threats have really increased in recent months, and sometimes I do worry. Still it’s nothing compared to what Kashmiris experience everyday.”

She tells me that Kashmiris are very resilient. “Despite what India has done to these people, they live a life of love, respect, dignity, and resistance. Even though they know I’ve come from outside, they welcome me into their homes and hearts. They only ask that I help them tell their truth.”