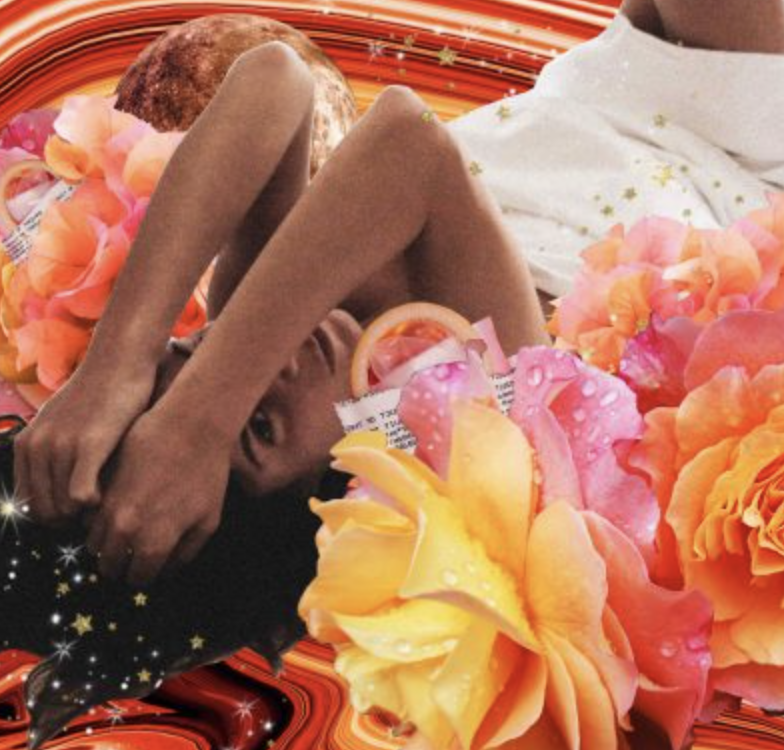 With our lives more digital than ever, Alya Mooro gets honest about the comparison trap this pervasive social media feature perpetuates

I have to admit that, this year, for the first time in my life, I’ve been having an increasingly weird relationship with my face. No doubt this is partly due to the fact that I’ve had to spend so bloody long looking at it.

Seemingly nothing has happened over the last few months that hasn’t been on screen. With Zoom the substitute for real life encounters, and connection relegated to a Facetime or scrolls on Instagram, from work to socializing and everything in between, I’ve had to see myself staring back at me at all hours of the day and night, in all sorts of unflattering lights; a pixelated copy.

With the absence of seeing people in real life, and with the rise of Instagram filters – and even Zoom providing a “touch-up my appearance” option – filtered versions are, in a way, all that we’ve been left with.

Despite my best efforts then, I’m finding myself comparing my real life, my real face, with others – and my own – filtered hyperreality.

Originally popularized by Snapchat, Instagram filters, launched in 2018, have become increasingly commonplace and in-line with the aesthetic that can best be summed up in one word: Kardashian. This means that, even in moments of proposed authenticity, one has the option to choose a filter that will widen their eyes, make their lips bigger, slim their nose, smooth their skin, whiten their teeth, change the shape of their face and endlessly so on.

Of course, people have long been editing photos of themselves in a bid for perfection, while magazines and advertisements have been doing this since their inception. But these days, it’s not just celebrities we’re comparing ourselves to, it’s a homogenized reimagining of our friends and acquaintances and perhaps most heinously – ourselves.

It can be difficult then, to remember that no one actually looks like that. And when you turn your own filter off, when you look at your face unfiltered, it’s hard not to find yourself lacking when comparing to the version of yourself society thinks you’re supposed to be.

“I hardly ever post to my Stories without a filter now because I think I’m disgusting [without them],” 31-year-old Yara told me, when I took to my own stories to raise this issue earlier this week. In a poll I subsequently posted, 46% of 260 respondents said that they preferred their face with a filter, while 69% said they compare themselves disfavorably to people online. These are harrowing numbers.

Studies from across the world have indeed found that there is a correlation between these filters, body dysmorphia, and a desire to get plastic surgery, or ‘tweakments’ like botox and fillers. As one user told me, “I never thought I needed fillers until I started playing with filters, now it can’t be unseen.”

A few years ago, for a piece I wrote on Instagram Face for the New York Post, I spoke to Dr Tijon Esho, a cosmetic surgeon who coined the term ‘Snapchat dysmorphia.’ He told me that his patients were increasingly wanting to look like computer-altered versions of themselves, bringing in pictures of themselves with filters overlaid, and saying that they wanted to achieve the look the filter had given them.

In response to these concerns, last year, Instagram promised to remove filters depicting or promoting cosmetic surgery, while politicians have proposed new laws that would require celebrities to declare when they have modified their photos. And yet the filters that are still accessible still perpetuate much of the same ideals.

Instagram accounts like @CelebPlastic, which post before and after photos of celebrities and influencers who have had plastic surgery, and photos with and without filters, have become increasingly common, and popular.

But far from shaming the people featured, these accounts do good, I think, and remind us all that most people don’t actually look like what they post, and that the things heralded as ideals, don’t really exist.

Stumbling across one such account the other day, I found myself breathing a sigh of relief. But it also made me very sad that even (and especially?) people lauded as amongst the most attractive in the world, are also stuck in a loop of trying to live up to these impossible ideals.

In truth, for as long as beauty and youth are power, and for as long as we worship them in this way; for as long as women are expected to be as nice as possible to look at; it’s all too easy to fall into these vicious cycles of comparison, and the pressure to attempt to be and present the ‘best’ version of ourselves on and offline.

The real toxicity are not the filters, not the plastic surgery, but the systems in place that dictate these ideals and that make us feel like we need to live up to them; the systems that reward us – with more likes, more compliments, more job opportunities and etc – for doing so.

Some of the women who responded to my stories said that they have taken steps to rethink their relationship with social media, and by proxy, with their own faces. Whether that’s by unfollowing accounts that perpetuate these ideals, curating a feed of women who are open and educational, or by not using these filters themselves. “I feel like my body and my mind have been through a lot and they carried me through a lot, and I love them for that,” one user told me.

I’ll be following suit from that very good advice, both for my own benefit, as well as in an effort not to continue to perpetuate this cycle. May I suggest you do the same?