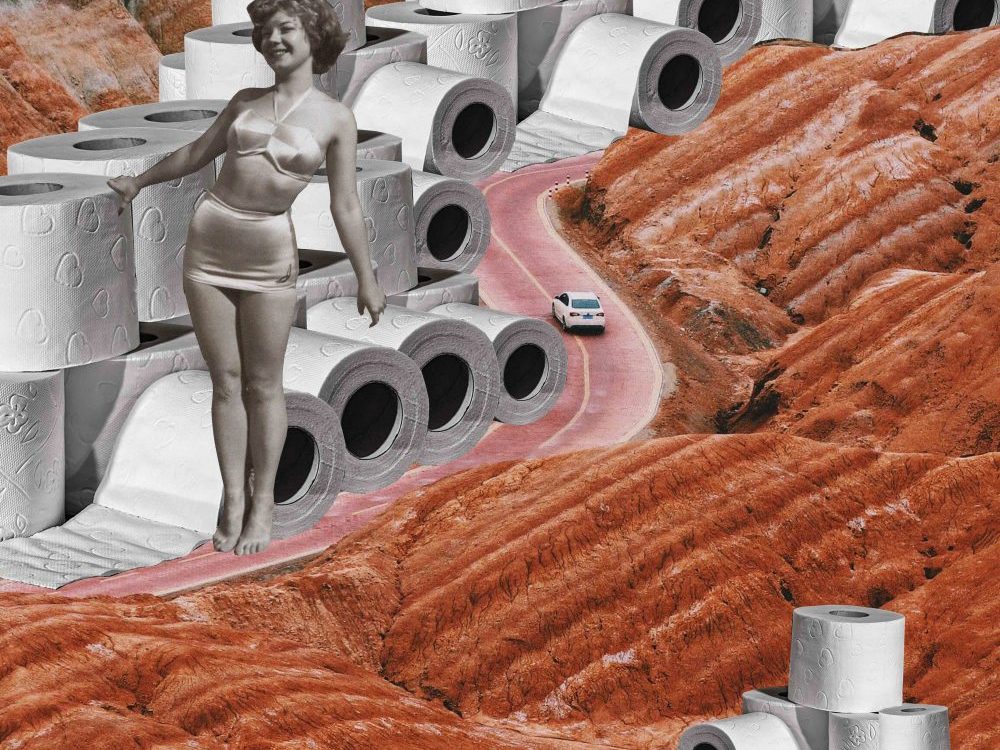 An Opportunity to be Generous

Just witnessed a fight over the last pack of loo roll? Anxiety around Covid-19 shouldn’t be minimised, but bulk-buying seriously harms our communities

There’s nothing more distressing than watching a cart of household items being transferred from a supermarket storeroom straight into a customer’s car. At the beginning of the year, the idea of hoarding toilet paper, pasta and flu medicine would have been absurd. Now, we all seem to have a story on stockpiling.

Since the Coronavirus outbreak, a predicted one-third of the nation is stockpiling. Whether that’s surgical face masks, UHT milk, hand sanitiser and let’s not forget the ever-popular tinned beans. Surge buying is at such an all-time high that supermarkets have had to impose rules on how many items you can buy and ration toilet paper. Online shopping delivery services such as Ocado have had to stop their services, blaming the high demand that’s become impossible to meet. But how did we get here? When there’s been no evidence to show that we will be in a food or import shortage.

As social distancing has been the key advice to halt the spread of the virus, the fear of being on your own and not having what you or your children may need is a major factor to why people are bulk buying. Another fear is Britain’s current European relations due to Brexit and how this may affect global import/export procedures as China’s exports plummet by 17 per cent.

Saying this, I repeat, there has been no announcement that we are in any shortages at the moment.

But as many of us have witnessed or participated in, the game of stockpiling isn’t a game at all. There have been physical fights and injuries in supermarkets (especially towards employees), stories of people stealing hand sanitizer from hospitals and parents taking all the baby milk formulas to the dismay of the mothers behind them, holding an empty shopping trolley.

On top of all of that, companies and individuals have been trying to profit from the fear-mongering. Matt Colvin, bought 17,700 bottles of hand sanitiser to upsell on Amazon for up to $80 until Amazon cut him off. Fashion houses such as Dior and Givenchy are now concentrating less on their perfume production and instead creating designer hand sanitiser. Local pharmacies are extortionately increasing the price of Calpol while stockpiling is showcasing the ugly – or arguably, the best side – of our capitalistic culture.

Though the anxiety around the conditions of the foreseeable future shouldn’t be minimised, stockpiling does more harm to our communities than it does to help everyone. This isn’t about reprimanding parents who simply are worried about their children or marginalised immigrants who are fearful of ending back up in poverty, this is about spreading the message that we can’t just care for ourselves especially when we’re all in this together.

As a virus cannot discriminate, whether you’re rich, poor, working or upper class, black, white or from any background, we’re all open to contracting it. Let’s not get it twisted, being rich can’t save you from the virus but you’ll have access to Coronavirus testing kits, medicine and supplies to your door and won’t have to worry about keeping down a job or when that rent is due.

Therefore, all stockpiling does is tip the balance in favour of the able, the financially cushioned, in an already unequal society that is yet to think about those struggling on the breadline. Those who can’t work from home and are usually underappreciated for their labour. Whether that’s junior doctors and nurses or supermarket employees and cleaners, who by the majority — if they were to go by Priti Patel’s immigration points system — wouldn’t be allowed in the country. We should be kissing the feet of those who are on the front line, who cannot afford to leave work because of a lack of sick pay.

It’s also a prime example of ableism. Only a few days into social distancing and we’ve already heard enough stories of elderly people, those who are the most vulnerable in society, unable to shop because the stock was taken. Though supermarkets have created special hours for elderly people to shop, what about those who live in a remote area and can’t drive? Those who miss the bus or are simply too scared to leave the house? By stockpiling little by little, we leave less for those who need it the most, little by little.

“It’s really concerning,” said Emma Revie, the chief executive of the Trussell Trust, the UK’s largest network of food banks to the Guardian. “We are anticipating a significant increase in users as more people are unable to work.”

Nonetheless, for every Matt Colvin, there’s also Asiyah and Jawad Javed, the corner shop owners in Edinburgh, who spent £2,000 on masks and hand gel kits to give away to the elderly. There is the Spareable app that helps you donate to the food banks and the NextDoor app which helps you connect with your neighbours to see if they may need anything in these dire times. In addition to the increase in FaceTime calls with grandparents and loved ones, who you may usually forget to call.

Give in to the unknown

Essentially, with uncertainty in the air, there are two things at play: giving into the unknown and only looking after you and yours. Or giving into the unknown and realising that life is exactly about that. When you live in a nation, where for many of us, our basic human needs are met, and in a time where things are easily attainable, when things don’t go to plan, whether it’s a lunch with a friend or a change in what you have already factored in to eat, we have to be grateful to be in a situation where we are only inconvenienced.

Things are changing rapidly so what you’d usually have in your pantry needs to also reflect that.

Stockpiling ingredients because you’re trying to make your regular Thursday night dish for the next few weeks is not considerate to who may need it tomorrow and can barely afford their weekly shop, never mind a backlog of food.

In a moment of temporary crisis, this is an opportunity to be humbled. A chance to be kind, to make sure your kitchen cupboards mirror your local food banks and that your neighbours have enough to eat. To check on your nieces, nephews, younger cousins that they are being well nourished as 3.8 million children in the UK depend on the free school meal for any food for the day. To rekindle relationships with those you’re always meaning to catch up with. To make the most of what you already have and know that’s enough.

Things you can do in the meantime