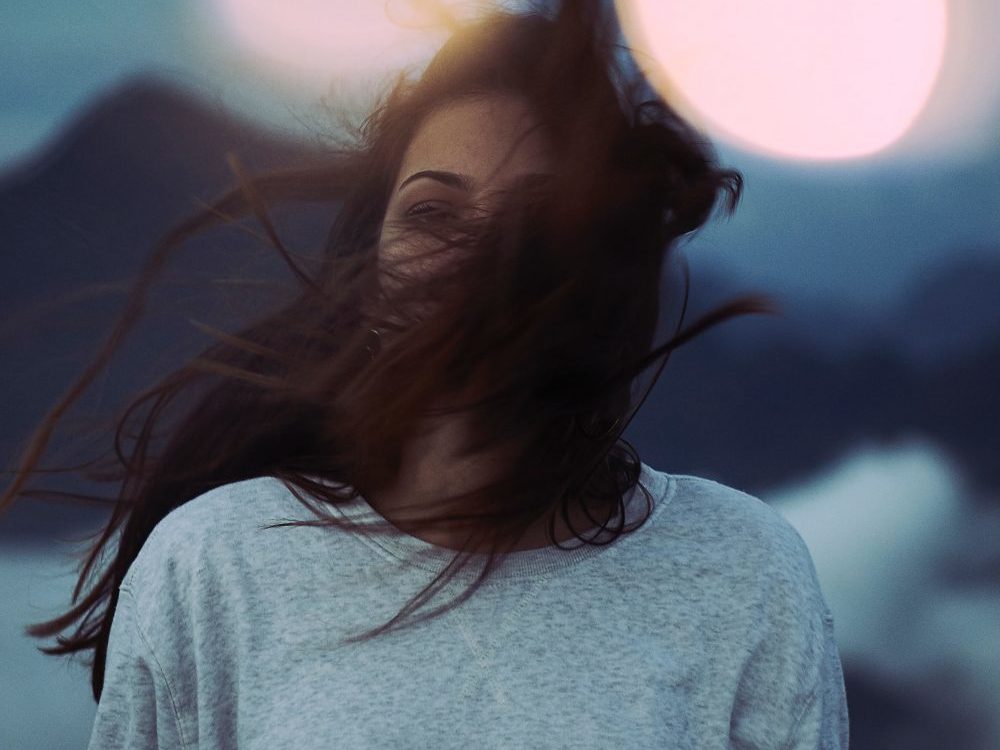 In 2013, a woman purchased an abortion pill for her 15-year-old daughter. The mother procured the pill – the same pill that is available on the NHS – for her daughter who had become pregnant in an abusive relationship. While this medicine may be considered a saving grace for thousands of women in the UK, for this mother it resulted in criminal charges. When she sought aftercare for her daughter with her GP, a series of referrals led to the police getting involved – and they questioned her without a lawyer present. Six years on, the mother is still facing a life sentence for procuring the pill. Despite a judicial review to her case yet to happen, a trial date has been set for her later this year. Believe it or not, this is all happening in our country.

Last month, UK parliament passed a bill to extend abortion laws in Britain to include the whole of the UK, which would effectively legalise abortion in Northern Ireland for the first time in history. The new laws will take some months to put in place, and they also depend on some political “caveats” in order to happen. Aside from the logistics, ultimately this was a huge win for abortion campaigners who had been loudly demanding equality for Northern Irish women with the rest of the UK. So why has it taken this long for the whole of the UK to legalise abortion?

For decades, abortion rights campaigners have been advocating for this change in law. Stand-out moments from this campaign include the story of Derry’s three retired heroines, who publicly imported the abortion pill, distributed it, and handed themselves into the police station. They were never formally charged, by the way. Another memorable moment from this campaign has been the crusade of Stella Creasy MP, who should be applauded for her shrewd tactics to take down the house (of commons and lords) from within. Just two years ago she used a Facebook video to share the harrowing fact that ‘in Northern Ireland a rape victim seeking to end a pregnancy risks a longer sentence than her attacker’.

Even though these events have appeared in news feeds – or in the ‘Northern Ireland’ section of news websites – they rarely grab the public’s attention. As a result, in 2017 Amnesty UK polled that over two-thirds of the UK public assumed abortion laws in Northern Ireland were the same as the rest of the UK. These statistics have changed over the last two years, a change which has contributed to this month’s vote. Yet this is largely down to two recent international events, which have placed the Northern Ireland issue firmly in Britain’s liberal political consciousness.

Firstly, last summer, the Republic of Ireland’s public referendum vote to repeal the 8th amendment exposed Northern Ireland as politically behind both Ireland and Britain. Then, earlier this year, changes in abortion law in the American states of Georgia and Alabama rightly caused outrage in the UK – which turned out to be a touch hypocritical, seeing as we have more stringent laws in this country. Despite the voracity of the campaigners, it has been events outside of the UK that have drawn attention to the plight of women in Northern Ireland.

Last month’s vote to legalise abortion in Northern Ireland came with a complicated caveat that takes a bit of background knowledge to understand. Changing the law depends on whether Stormont – the seat of the Northern Ireland Assembly – stays in its current state. Stormont is out of action at present and has been for the last two years, breaking the world record for a country’s longest period without a government.

This goes way back to the Good Friday Agreement in 1998, which initiated a power-sharing agreement in the Northern Irish Assembly that enabled laws and bills to be passed without conflict. In 2017, a corruption scandal surrounding the Renewable Heat Incentive, signed off by the First Minister Arlene Foster (DUP), was revealed to have cost Northern Ireland £480m. When she refused to resign, the Deputy Minister Martin McGuinnes (Sinn Féin) resigned in protest – which effectively broke up the assembly.

This is a crucial moment in the history of abortion reform in Northern Ireland, because if this had not happened, this month’s vote would not have taken place in Westminster. Speaking on behalf of the Now for Northern Ireland campaign, Katherine O’Brien explains that ‘if the NI Assembly had reconvened or demonstrated signs of reconvening in the near future, I believe it would have been more difficult for MPs to argue that Westminster had a duty to legislate on the abortion law in Northern Ireland.’ All of the DUP MPs voted against the bill, and since Sinn Féin refuse to take their seats in Westminster, they did not vote. Because of this, unless the Northern Irish assembly reforms by 21 October this year, abortion will become legal.

If behind last month’s abortion vote is the history of the Good Friday Agreement, then to understand how abortion in Northern Ireland is different to the rest of the UK, we have to also understand recent Northern Irish history: including but not limited to the Troubles in Northern Ireland, The Irish War of Independence, and the ugly history of the British Empire. But this, like most of Britain’s unpalatable colonial past, is rarely taught at school in England and Wales; and like most narratives erased from history, the first to be silenced are marginalised groups within that community – such as women. It is therefore up to us as UK citizens to educate ourselves on our own complex history, in order to understand the reality facing our sisters across the water.

Conversely, in the Republic of Ireland, awareness about the situation in the North is not so lacking. Ailbhe Smyth co-directed the Together for Yes campaign, which saw an incredible majority of Irish citizens vote in favour of the Repeal the 8th amendment. Ailbhe Smith said: “The Irish public are well aware of the disparity between the South and the North; for the first time women’s rights are superior in the South in comparison to the North. So there is a strong commitment to at least hoping the abortion law will be changed in the North, as well as people actively supporting.”

The lack of awareness around Northern Ireland within the rest of the UK is not only imbued in our political knowledge – it has seeped into our cultural consciousness. And the invisibility of Northern Ireland only seeks to further erase the realities of the women within that country. Take for instance, how often we use the word Britain when referring to the UK. Team GB is short for Team Great Britain and Northern Ireland; Brexit is short for Britain’s Exit but, in fact, means the UK’s exit.

Northern Ireland as ‘part of’ and ‘not part of’ the team, in popular culture, sport and politics, is a symptom of a deeper blindess to its relationship to Britain that comes back to the abortion question. It was only in 2017 that Northern Irish women stopped having to pay costs between £500 to £2000 for an abortion in England, despite being part of the NHS. This changed when Stella Creasy MP made a move to amend the Queen’s Speech in 2017, which would have highlighted the cost of abortions for tax-paying Northern Irish women. To save the government and the crown from any embarrassment, Theresa May found budget for all UK tax payers to get an abortion on the NHS, and not just a select (British) few.

For Claire Lynch, a member of the London-Irish Abortion Rights Campaign, a grass-roots volunteer-led organisation that campaigns for free, safe and legal abortion across the island of Ireland, recent upheavels in UK politics as a whole has enabled their local campaigning to seize an opportunity.

“Impending Brexit and the issue of the ‘backstop’ have brought wide public attention in the UK and across the globe to the position Northern Ireland occupies, generally speaking, in relation to the rest of the UK and to the Republic of Ireland – and this conversation at least helps us to raise awareness of the anomaly that people in NI cannot legally access abortions in NI.”

For Lynch and the London-Irish ARC, who operate ‘as stakeholders in the Irish diaspora community here in the UK’, the backstop issue became an unpredictable moment of awakening for the British. As with the Repeal the 8th vote in the Republic of Ireland and the abortion bans in America, the campaign seized the opportunity to build up grass-roots fundraising, campaign for policy change, take direct action and promote awareness through media and communications strategy.

For women currently undergoing prosecution, or those have been previously prosecuted, last month’s vote offers a glimmer of hope. Dr Ruth Fletcher, Senior Lecturer in Law at Queen Mary University of London specialising in Medical Law, explains that ‘pending prosecutions such as JR76 [the case of the mother who administered the pill to her daughter], under 1861 Acts 58&9, would most likely be dropped as their prosecution would no longer be in the public interest.’ Meanwhile, for women already prosecuted or with a criminal record, any pardon would be at the discretion of the relevant government minister.

In the meantime, the UK government awaits the October deadline later this year to see if an unlikely resurrection of Stormont takes place, which could block the changes to abortion law. Westminster is also planning a consultation period of between eight and twelve weeks, and there are also suggestions of a potential delay of up to 18 months for the process, with no clear reasons why. As Ailbhe Smyth articulates, ‘Any delay longer than what is necessary to write up legislation is intolerable – it is more than time for Westminster to do what is has said it will do.’

Up until that point, Northern Irish women will still have to travel or risk life imprisonment to choose an abortion, and for many women the option of travel is still entirely unaffordable. There is still work to be done on the ground to ensure that all of us in the UK can get access to free, safe and legal abortions if we need. The fight isn’t over yet.

How can I get involved?