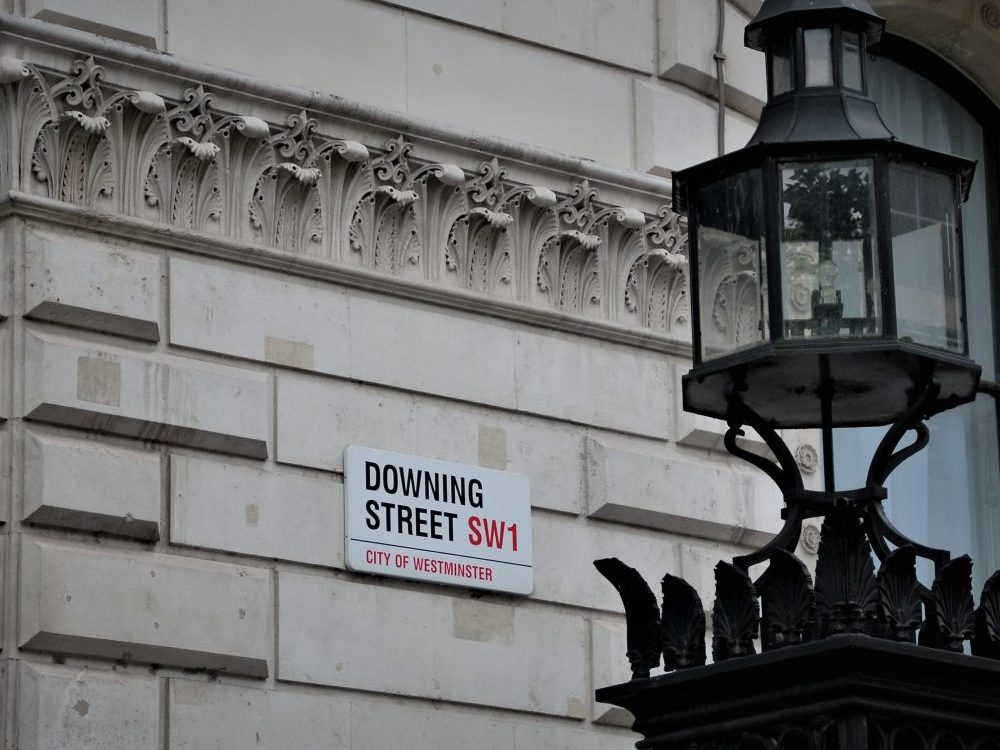 Is There a Solution to Downing Street’s Fake News?

Ever since Abraham Lincoln employed a former newspaper editor to work for him, there has always been an understanding that certain outlets will have more access and information about the inner workings of political power than others.

Nobody doubts that, in the US, Fox News has become Donald Trump’s go-to media mouthpiece, and it doesn’t seem that anybody really minds. In fact, consumer journalist Martin Lewis, Britain’s most trusted man according to Google, recently told the Royal Television Society he considers Fox News to be a trusted broadcaster – “Fox knows and appeals to its audience. It has an agenda and we know what it is.”

However, on this side of the Atlantic, someone is calling ‘foul’. Veteran political journalist Peter Oborne has put pen to paper to complain that “the prime minister has debauched Downing Street by using the power of his office to spread propaganda and fake news”.

Formerly of the Telegraph and Daily Mail, Oborne set out his claims in a lengthy article for OpenDemocracy (he claimed other editors refused to publish it), accusing lobby journalists in Westminster of “peddling Downing Street’s lies and smears”. He added, “It’s chilling… They’re turning their readers into dupes.”

Targets of Oborne’s complaint ranged from political reporters at the Daily Mail and Mail on Sunday to the Sunday Times and BBC. He cited examples of such dubious stories that included a Downing Street probe into a Remain MP’s “foreign collusion”, differing accounts of Amber Rudd’s resignation from the Cabinet, and a smear campaign focused on former chancellor Philip Hammond. And he went further on the BBC’s Media Show, accusing host Amol Rajan of “crony journalism” during his tenure as editor of the Independent. And Oborne has since announced that he’ll no longer be writing his weekly column for the Mail, although he stresses he wasn’t sacked following this head-above-parapet outburst.

But if reporters have always relied on access for scoops and interviews, what’s Oborne’s current beef? Well, he makes the point that an official government spokesperson is one thing – on the record and accountable for allegations against other political figures. But this new wave of anonymous briefing is creating a sea of distrust, and worse, a swaying of the news agenda by shadowy government figures.

Robert Peston, ITV’s political editor and one of the names incurring Oborne’s wrath, defends his practice of quoting anonymous sources. Also writing for OpenDemocracy, he explains: “When they tell me stuff that relates to the future actions of the PM, whose actions they are shaping, it would be absurd to withhold that information… In politics, democracy is served when we know how those in power think and speak. My job is to draw back the veil as far as I can, so that citizens can judge them.”

Some might say ‘twas ever thus. Certainly, during the Tony Blair ‘spin years’ in Downing Street, his communications chief Alistair Campbell mastered the dark art of passing information on to favoured journalists, and Peston reminded us this week of the many off-the-record briefings that occurred during Gordon Brown’s subsequent premiership.

There have always been certain processes, private, informal briefings, recognized by both parties as accurate and helpful, providing colour and context.

However, Oborne says the arrangement has gained a whole new dimension since Boris Johnson entered Number 10, with the support of what he calls “client press and media”, and this argument is backed up by the political journalists I have spoken to. They agree things have hit a new low with this administration.

“Under normal administrations, you get briefings in advance and they turn out to be true,” says one. “The problem with this administration is that they brief out stuff that isn’t. You’ll have a conversation as a journalist with Downing Street, ask them about something ‘for background’ and they’ll guide you. It won’t be reported necessarily, it’s just context. But with this government, you’ll get one thing from the PM’s adviser, then you go to the PM’s official spokesperson and they say ‘categorically not true.’

“Yes, there’s always been a bit of this, but it’s not worse now, it’s completely different.”

An equally large problem is the pressure even the most established of political journalists feel to maintain a presence on social media, briefing their thousands of followers all day, often without the weight of a second source to back up what they’ve received in the form of a tap on the shoulder, an exclusive tit-bit in the ear from unelected and unaccountable “sources” from right across the political divide.

This means that while the main evening news bulletins and following day’s papers might still enjoy the benefit of context, analysis and expert commentary from journalists in the lobby at Westminster, the daylight hours are peppered with “people blurting out on Twitter whatever they’ve just been told – no context, no nuance, no raised eyebrow,” as one lobby journalist explained it to me.

“In defence of these people, most people aren’t consuming their news from Twitter, it’s just a bunch of lobby journalists all watching each other. But it’s all breaking news, all scoops and no nuance.”

The further, more worrying consequence of is that, potentially, government spinners are leaning on those journalists’ authority and status to propel their own private agendas.

“Sometimes they’re not even sharing the government’s official position, it’s just the personal strategy of that one person’s voice in your ear at that particular second. It’s an instrument to forward one person’s agenda. And they’re both anonymous and unaccountable, which makes them dangerous.”

The prime minister’s senior adviser Dominic Cummings isn’t far from anyone’s thoughts in all of this. “What’s going on is that he appears to be trying to manipulate the news agenda, by briefing away from the official line,” I’m told. “He might want those things to be happening, but it’s not his decision to take. And it means journalists these days are a lot more wary of taking what Downing Street says to be accurate or true.”

If that’s the problem, what’s the solution? Well, while nobody may be able to shift the likes of Dominic Cummings and his big ideas while he remains Johnson’s organ-grinder in chief and Johnson remains in Downing Street, there is an alternative way forward, although it may be painful for some.

“Get off Twitter and start digging for proper stories,” suggests one veteran lobby hack I speak to. “It’s this constant need to be seen feeding the beast and to be seen as in touch that makes journalists vulnerable. And conversely, it makes them more likely to be wrong.”

Another adds forcefully, “We currently have a lot of political journalists under pressure to be first, not right, a lot of people who think their job is to feed their Twitter accounts and it’s not, it’s to be the political reporters and editors of their news organisations. But they’re all at it.”

Of course, I received all this information off-the-record from anonymous sources myself, so you may decide to take this entire piece with a pinch of salt. But in the meantime, I ask one final question of my political journalists – in this escalating climate of distrust, is there any real victor? “Nobody, except Twitter,” shouts one. “They’re the only people really winning, they’re actually making money.”