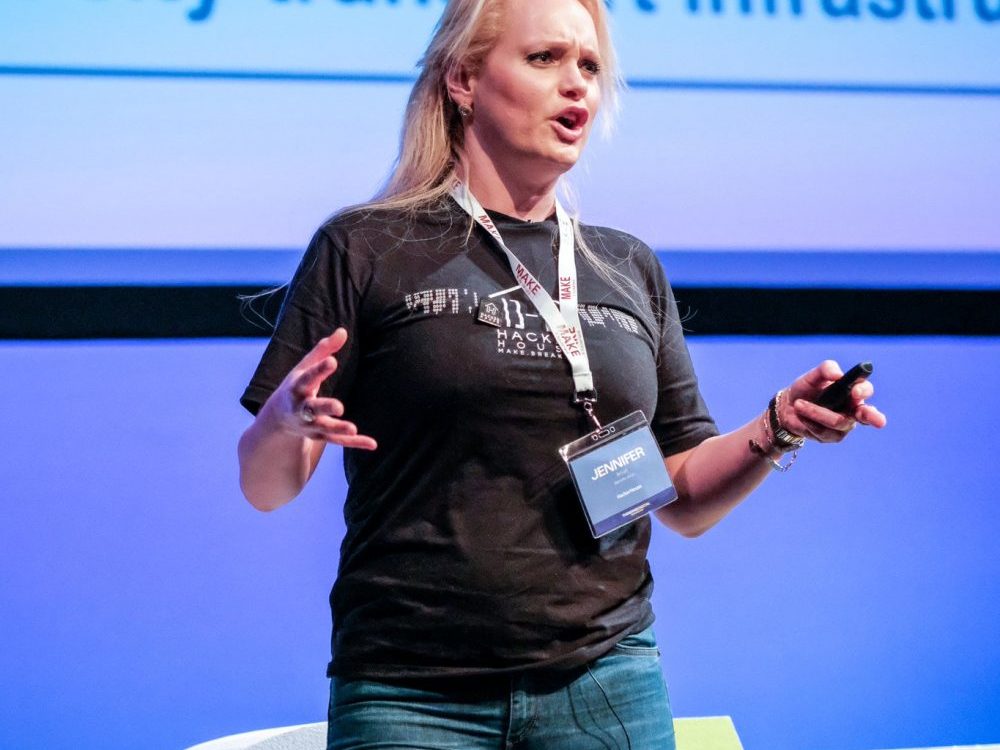 Jennifer Arcuri is Not Ashamed

‘Cherchez la femme.’ Whether in film, TV or books, since French novelist Alexandre Dumas first coined it in the 19th century, has been a regular go-to for when a male protagonist behaves unusually, gets into a quarrel or ‘other difficulty’, and a reason for it is required. It’s not to say that the woman herself is necessarily the direct cause of the problem, more that a man has invariably behaved stupidly through his need to impress or otherwise distract the fairer sex. It’s become an easy (perhaps lazy) reach for any author stuck for ideas: no matter what the problem is, a woman is often the root cause

This may have made perfect sense in the past – when a woman’s chief currency was her beauty, her ability to bewitch and lead astray the (invariably male) hero of the hour before he came to his senses. It has been a necessary but necessarily silent, passive role for many a woman, and it has bled through to all but our most recent political history.

Think of Marilyn Monroe. Despite her superstardom and latterly discussed intellectual curiosity, her voice was seldom heard in her lifetime. Instead, she rattled against the railings of her relationships with powerful men, whether sporting and cultural in the case of her two husbands baseball icon Joe DiMaggio and playwright Arthur Miller. Later, she entered political waters, becoming involved with the two most powerful Kennedy brothers, before they ‘came to their senses’ and cut off all contact. Despite her loaded birthday greeting to the president, she never spoke out in public about her relationship with either of them. And she never came close to ruining them, only herself.

More than 30 years later, long after Women’s Lib had beaten its loud drum from the late 1960s onwards, White House intern Monica Lewinsky’s silence was deafening, as her Oval Office suitor President Clinton denounced her as “that woman”, sat unblinking opposite prosecutors and brazened it out with family picture opportunities, garnering increased approval ratings even as the dust settled on his impeachment papers. After some ill-fated attempts for her to carve out a new identity for herself, it took nearly two decades for Lewinsky to make peace with her past, in an article for Vanity Fair titled ‘Shame and Survival’. Next year, she will be a credited producer on a Ryan Murphy-produced American Crime Story detailing her history – but it’s all taken a very long time.

What is more revealing is the methodology employed by Trump’s team in seeking to buy off Ms Daniels and their presumption that her silence was a given, the question was only how much it would all cost – aided by a bottomless cheque book, and also no doubt in their minds, by Daniels’ own assumed embarrassment over a) her day job, and b) the very fact of being bought off.

In fact, it turns out that c) the fact of sleeping with Donald Trump in the first place is the only aspect of this whole tawdry affair to give Stormy Daniels pause. She later called that experience “the worst 90 seconds my life” during the stand-up comedy tour she built around the debacle. Because Stormy Daniels didn’t get the memo that “la femme” is meant to crawl away and keep quiet in such circumstances. For her, neither a) nor b) is something to be ashamed of, and she’s having none of it.

Instead, she has a lawyer, an agent, the key to the City of West Hollywood, political ambitions, a guest spot on Jimmy Kimmel. And her Twitter account is a lesson in how to maintain a neck of brass. With humour and a steel glint in her eye, she holds a mirror up to both men and women, joking about sex, defying judgment and refusing to apologise for who she is and where she comes from.

And this week, on the other side of the Atlantic, it’s another week, another blonde, and another woman refusing to play the game by the rules devised by the men or the media around her.

Jennifer Arcuri is the American businesswoman currently under fire for her former friendship with Boris Johnson during his time as London Mayor. The reason for the close inquiry into the state of their relationship is because of the public money and overseas trips awarded to Arcuri during her connection to Johnson. Four different investigations are now trying to work out who paid what to whom, and with whose knowledge. While Johnson has been quick to stress “there was no interest to declare, no impropriety” he has resorted to his customary bumbling self when asked about the status of their relationship.

Arcuri has been fresher in her response. Cornered by the Daily Mirror newspaper in a supermarket car park near her new home in California, last week she calmly explained that “men trip over themselves in front of me, they fall in love with me in about 10 minutes… I make men trip over their d**ks.”

By Monday morning, she was sounding a little more circumspect, telling Piers Morgan on breakfast TV – in a live interview that lasted for ONE HOUR – why, despite his inquiries into the bedroom arrangements during Johnson’s visits to her home and despite reports by ‘friends’ that she previously boasted of their affair, she was now refusing to clarify the state of her relationship with the former Mayor. “The answer that I give is going to be weaponised against this man… I’m not going to put myself in a position where you can weaponise my answer.”

Of course, a cynic could point out that a simple ‘no’ would shut down this aspect of this story immediately, that by leaving the story dangling she ensures her currency remains high. But, whether by self-interest, design or accident, Arcuri has given us the answer we, and Boris Johnson, deserve.

Because, she’s right, it doesn’t really matter. Johnson might prefer everyone to be focusing on the more salacious aspects of the matter – he can withstand that as he has done so often in the past – but we shouldn’t be distracted. What we must concentrate on only is to what extent he abused his position.

And Arcuri, through speaking freely, wittily, charmingly, for an hour – despite being told by Piers Morgan to ‘Calm down’ when she was clearly very calm – has proved she has nothing to hide regarding that side of things. And nor should she. It was Boris Johnson’s mandate, his watch, his family, his accountability, not hers. And she had only kind words for the former mayor, saying she didn’t expect to hear from him any time soon, “I don’t need him right now. Britain needs him right now.”

For me, the best part of this whole story is her leaked email to Milo Yiannopoulos – remember him! – back then a young tech journalist whom Arcuri befriended in London and who pushed her to apply for the role of Tech City CEO, a job she was seriously unqualified for, but she thought she might just get with Johnson’s recommendation.

Two years later, her email reads, “I still have the letter of rec from Boris. Hahaha. To think we asked him to write us a recommendation… is just hysterical.”

She’s right to be laughing. She’s brazen, bold, shameless, a woman for our age. She’s shameless because she has nothing to be ashamed of, and she has her voice. She is not, nor will she ever be, “that woman,” or even “la femme.”