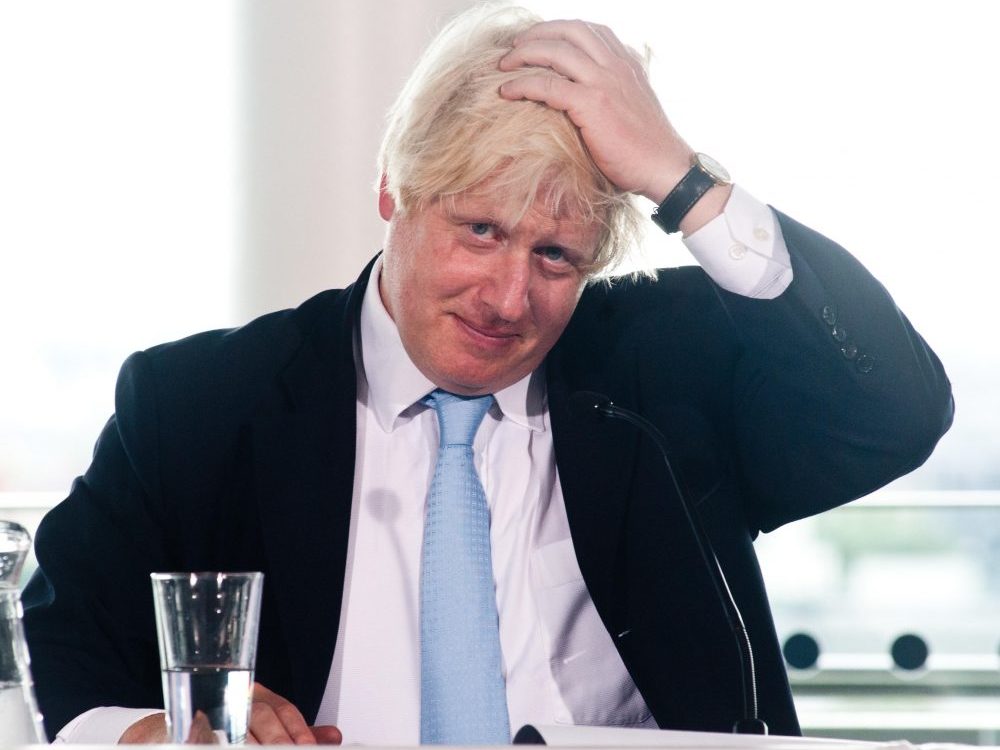 Deadcatting politics is the go to strategy for sleazy politicians, we look at how the PM’s using it

What do Boris Johnson and Lynton Crosby have in common? (And before you get too excited, this isn’t a joke sadly). Well, apart from a propensity to test how much give there is an established legal system, it’s a fondness for cats. Specifically, the dead variety.

The ‘dead cat’ strategy, metaphorical only, suggests that if a politician is losing an argument, then throwing a dead cat (read: dramatic or sensationalist titbit) onto the table ensures that everyone’s attention will be diverted on to the ‘cat’ and away from a more damaging story, motion or announcement. Essentially, it’s the trickery of magicians, just without any of the subtlety.

This manoeuvre is a favourite of Australian political campaigner Sir Lynton Crosby. It appears that we have him, second-in-command-henchman after Dominic Cummings, to thank for introducing this tactic to Boris Johnson. In one of the PM’s 2013 Telegraph columns Johnson expressed his fondness – ‘the key point, says my Australian friend [Crosby], is that everyone will shout “Jeez, mate, there’s a dead cat on the table!”; in other words they will be talking about the dead cat, the thing you want them to talk about, and they will not be talking about the issue that has been causing you so much grief.’

Beyond “we need to Brexit done” and in lieu of any proper political strategy, Johnson’s modus operandi is to dead cat hither and thither. Looking over his score card, it becomes clear just how many poor cats have ended up dead on tables. Most recently, and most horrifyingly, his true feelings towards women emerged. In the face of his court defeat, the Jennifer Acuri scandal and his lack of a majority, he responded to fellow MPs’ calls for moderation over his language use with disdainful rhetoric – in other words, he threw out the most vile and putrefying dead cat. As Paula Sheriff, MP for the neighbouring constituency of Labour MP Jo Cox, who was murdered in 2016 by a fascist, pleaded with him to consider how his words were inciting hatred for MPs, particularly women, across the UK, he scoffed. “Humbug” is what he said in retort, like a Dickensian villain, not the leader of our country. MPs including Jess Phillips, Tulip Siddiq, Rushanara Ali, Luciana Berger, have bravely discussed the death threats they’ve received. Some threats cite Johnson’s words. Yet, by way of support towards his colleagues, Johnson responded with “humbug”, stating that best way to honour Jo Cox – a campaigner for remaining in the EU – was to “get Brexit done.”

His flagrant deadcatting behaviour has form. Cast your minds back to the heady days of summer, when all we had to think about was what outfit Carrie Symonds was going to wear next and how much we loved John Bercow’s cries of “Order! Order!”Remember when we were privy to the stylised images of Johnson and girlfriend Symonds sitting lovingly in a pub garden? These photographs appeared just days after neighbours heard a furious row between the pair. Johnson refused to acknowledge whether his campaign team released these to newspapers as a PR strategy.

Applying our dead-cat analogy, the happy pub scene would be the dead cat. However, I question whether it goes beyond this. Rather than the convivial scene of a loved-up BoJo and Symonds, is the dead cat not the fact that these images are so clearly posed and staged? The allegations that Johnson’s hair was longer in the photos than it had been presently, he could only respond with, “this is beyond satire.” In fact, so much energy was spent on the technicalities of photoshop and hair length, people began to forget about that itty-bitty teeny-tiny row (that resulted in police being called to Johnson’s South London flat & numerous front-page articles).

Casting our minds back even further, to June, Johnson told TalkRadio that one of his favourite pastimes was to paint model buses (don’t worry, we’re not going down a field of wheat with Conservative prime ministers’s hobbies & misadventures). Boris and buses, something is ringing a bell here. Ah yes! Boris and those buses with unfalsified claims about millions of pounds and the NHS. Hm, not best of bedfellows. However, since June, whenever ‘Boris + Bus’ is typed into Google, delightful imagery of model vehicles appears. Nothing slanderous about. Not a healthcare system in sight.

Whilst we’re on the topic of cats, what about dogs? Surely rescue pooch Dilyn (meaning ‘loyal’ in Irish – watch out DUP?) was another diversion from proroguing parliament and snap general elections? Even how Johnson ruffles his hair before any televised interview or photoshoot is a dead cat way keeping the persona of ‘bumbling (harmless) idiot’ very much alive.

This schtick and Johnson himself are so completely groomed I fear that what we are witness to is a powerful corporate brand rather than any human being. As Jeremy Vine discussed recently, Johnson’s late arrival to an event he was speaking at, his lack of preparation, the winging it on stage, the uproarious laughter when he managed to get the name of the awards correct, all portray an avuncular figure cut from the same cloth as you and I – a man of the people! Underprepared but enjoying the ride nevertheless. All came crashing down when Vine attended a second event 18 months later. Boris was speaking again. He delivered the exact same material, verbatim, right down the comic timing.

Despite Johnson’s best efforts, these dead-cat strategies aren’t working. His blundering, slapstick carryon, although very well worn, looks see-through. MPs continue to vote against his Brexit plans, the EU continue to reject his proposed deal, committed members of his own party are leaving and he has forcibly removed some of the longest-serving whips. Give up the dead cat, Boris, it’s starting to decay.