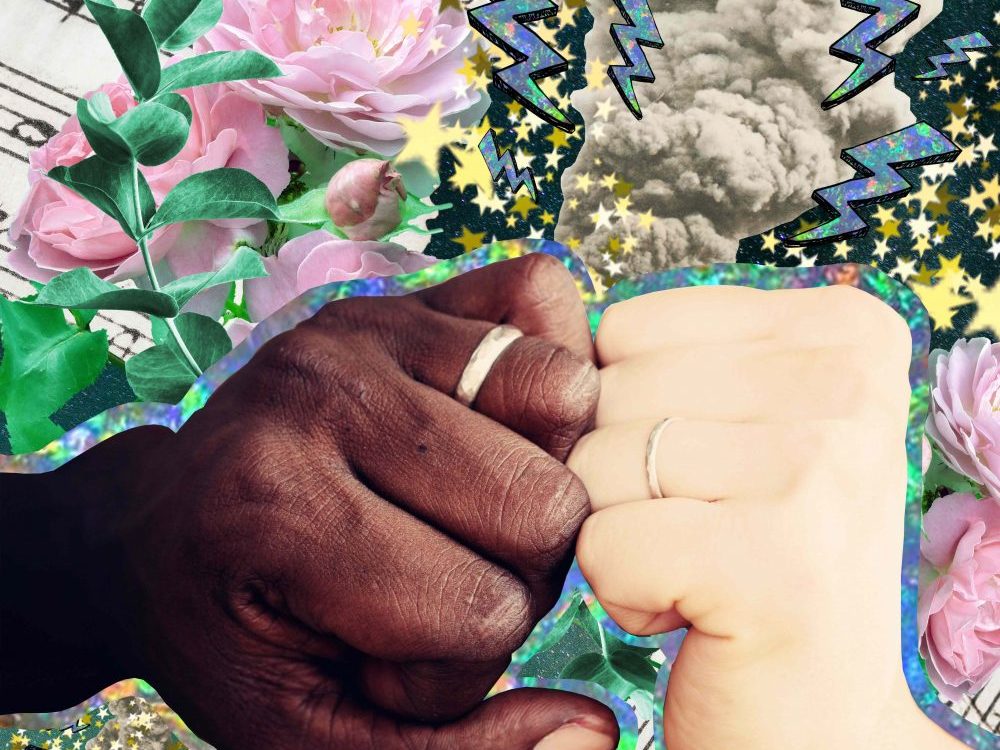 The need for compassion has never been stronger – and it’s a need that doesn’t follow racial or gender boundaries, argues Nova Reid

As human beings we crave connection, even the most introverted of us. In fact, we don’t just crave it, we fundamentally need it.

I was reminded of this beautiful gift when I attended a healing retreat recently where all technology was banned (cue palpitations). It not only allowed my thumbs endless relief from scrolling, it also enabled 14 complete strangers to deeply and authentically connect with one another in just six days.

Connection forms one of the NHS’s Five Steps to Wellbeing, and research from the New Economics Foundation states that connection is part of what we all need to help us maintain or improve our own psychological and emotional wellbeing

The Mental Health Charity Mind states: “There is strong evidence that indicates that feeling close to, and valued by, other people is a fundamental human need and one that contributes to functioning well in the world.” It’s clear that social relationships are critical for promoting wellbeing and for acting as a buffer against mental ill health for people of all ages. Connection also helps us feel a sense of belonging in the world.

It may go some way to explaining why, even with the multitude of ways technology allows us to connect with one another, we are becoming more disconnected than ever before. It’s no coincidence mental ill health remains a growing public health concern.

The craving for connection

We crave meaningful connection, but, often without realising, we try to make up for a lack of deep connections by seeking superficial ones in unhealthy ways, such as gossiping, or condemning and judging others. And social media is quite the seductive vehicle to seek out those unhealthy connections. It’s addictive, because it provides a temporary fix, tricking us into feeling connected. So we keep going back for more daily adulation and the instant, (but temporary), gratification it provides, often to detract from our own pain. But worse still, it also allows us to spread toxicity into the world and towards each other, like a virus.

This culture of collective hatred can be anything from everyday belittling, bitching, dehumanising and spreading hate to complete strangers on the internet, or it can be groups that gather to collectively hate on politicians (yes, I know, it’s hard to resist sometimes) and other public figures. Witness the public response to Meghan Markle, the “banter” between colleagues about eight-year-old Blue Ivy, or the latest barrage of abuse directed at Greta Thunberg. I first discovered the dark side of the internet when I started blogging in 2012. I would receive regular messages saying I was ugly or that I had terrible teeth, or even expressing perplexion at why my husband chose to marry me. Fast forward to appearing in a documentary about Meghan Markle and race in 2018 and that’s when it really turned grim. I’ve gotten quite nifty with the block button since then, but let me tell you, the trolls always creep back in.

Gathering over collective hate or fear to find a common ground in dislike for another is something many of us do in some way, but it’s worth acknowledging that this is a method right-wing movements use on a regular basis to recruit. Let that sink in. We are all craving connection and a sense of belonging, and hatred can provide a sense of unity – a common enemy.

In order to collectively hate, to be cruel to some complete strangers and find common ground with others, we have to do something first; we have to start to dehumanise one another.

We do that to morally justify, attacking one person over another because they “deserve it”. This ability to dehumanise one another sits at the core of enabling every single historic event of mass genocide to occur, and it is incredibly dangerous.

The misogyny of online abuse

An extensive report on online abuse by Amnesty International reveals that one abusive tweet every 30 seconds is sent to women. Indeed, women receive far more abuse than men, often with sexist and misogynistic undertones. This might go some way towards shedding light on the power of the online abuse TV presenter Caroline Flack received before her tragic death by suicide, which sparked collective waves of online grief, #bekind hashtags and social media filters.

Amid the collective waves of calls to #bekind, users also posed some questions. One twitter user commented on the lack of kindness shown to Meghan Markle, and received this response from the now-deleted account Jill_55writer “The difference is that Caroline Flack was vulnerable and loved by everyone. Meghan? Nobody would give a damn to be honest.” This was after the same user posted “It’s so important to be kind, not just to others, but to ourselves. Don’t say something, cruel words are like weapons #mentalhealthmatters”

Are we selective with our kindness? Where are the public calls for kindness towards British citizens caught up in the Windrush scandal, still being “sent back to their own country”? Where were the calls for kindness when victims of the Grenfell tragedy in 2017, many of whom remain unhoused, were depicted as drains on society?

Russell Brand wrote an impassioned statement featured in the Metro following Flack’s death and his words ring true: “I’ve seen that there are petitions to regulate the press and I admire the optimism of the enterprise. But the media is made up of people, the world of celebrity is made up of people, social media is made up of people. All culture, all values pass through the consciousness of individuals and collectives. If we want the world to change, for less people to die in pain and shame, then we should pause before we next vent a pleasurable stab of vindictive judgement or jeering condemnation…

Ultimately, the power lies with us. We can be angry. We can hold people and politicians to account without dehunmanising and shaming one another. When we misdirect our unaddressed anger and start to make one another less human, that is when we find ourselves at the top of a slippery slope.

So, if you find yourself seduced into gathering to collectively hate (even in the mildest of forms) recognise it probably means you’re craving authentic connection. Instead of joining the vitriol, try checking out some tips on how to incorporate connection into your day-to-day life, which just might help bring more collective healing and kindness to the world. Because when you feel good about yourself, you genuinely spread kindness instead of hate and it’s infectious.

Nova Reid is an anti-racism campaigner and professional speaker who offers consultancy, workshops and online anti-racism courses. With humility and humour, she uses her professional background in mental health to encourage curiosity and collective healing to dismantle racism from the inside out.