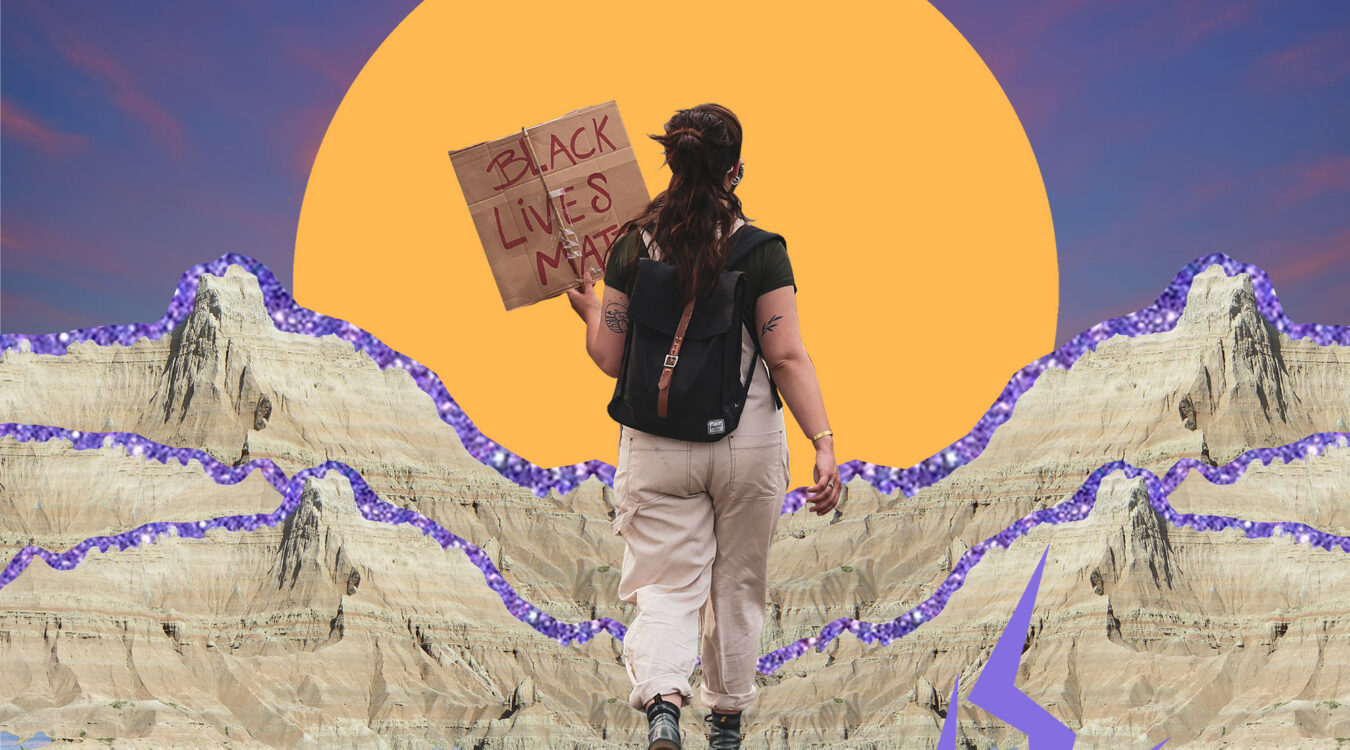 Knowing When To Switch Off: Why Good Mental Health Is Crucial For Activism

A meme of Spongebob Squarepants circulated my group chats this week. It shows the cartoon character frantically reading a book, with his eyes looking in two different directions. The left side of the cover reads “staying informed”, while the right side states “staying off social media to preserve my mental health.”

A lot has happened in the past few months. The reality of a pandemic has shocked our economy, wiping out so many jobs. Thousands have been killed by coronavirus due to government ineptitude. Climate records are still being broken. #BlackLivesMatter protests are taking place globally following horrific incidents of police brutality across America. Statues are being toppled. Endless culture wars reign on Twitter.

The negative news often feels successive, but how can we afford to ever switch off? When ignoring the news cycle is a massive privilege many can’t afford, how do you strike the balance between staying informed, being proactive and caring for your floundering mental health?

These are questions many are asking themselves right now. Molly Fleming, an activist for Lesbians and Gays Support The Migrants, believes burnout is an issue that needs to be taken seriously. She has found that activism pre-COVID and post-COVID has been very different. Before the pandemic, she was able to be totally surrounded by her community but the past few months have pushed the importance of mental health to the forefront. “Cycle of burnout is a real problem in activism, which makes total sense because you’re really passionate,” Molly says. “It’s incredible when people join a movement, but it’s vital that people continue that. It’s vital they don’t burn out and instead see [activism] as something long-term.”

“It’s incredible when people join a movement, but it’s vital that people continue that. It’s vital they don’t burn out and instead see [activism] as something long-term.”

Moya Lothian-Mclean, a journalist from London, has also been struggling to switch off in the past few weeks. “It’s very hard for me to draw that line because I am so online,” she says. “I’m always plugged in and it feels like an extension of myself. When you are emotionally involved in it, you can feel that you have to be on that front-line and keep engaging and that switching off is almost like a disservice to the movement.”

Things can be even harder when your identity and experiences affect your reaction to the news cycle. “I’m a mixed-race person, I benefit from colourism but I also get racialised a lot,” Moya shares. “When I say I’m switching off, it’s never going to be off – it’s always going to simmer in the background. I think white allies need to remember what the difference is between switching off and blocking out because those two are very different things.”

Jane Bradley runs Rebel Therapy, a therapy centre for non-conformists. She believes that mental health is at the core of ensuring long-term sustainability of protest movements. The certified therapist says: “Burnout is real. Vicarious trauma (when someone exposed to traumatic events or experiences develops trauma symptoms themselves) is real. And for movements that are about fighting for equality, for marginalised identities and communities – these things are happening within an oppressive system invested in maintaining the status quo. That’s a hell of a lot for anyone to be navigating, especially in conjunction with any other personal trauma, illnesses, disabilities or mental health conditions.”

Jane believes protecting and advocating good mental health within a movement supports its longevity and is a powerful form of activism in itself. Whether you’re fundraising to make therapy accessible for those struggling, or thinking about how you can support others at this time, you’re ensuring that everyone’s work is sustainable.

Though activism can make us feel empowered, Jane says “resistance has to go hand-in-hand with resilience.” Resilience means taking time to recover, practising self-care and seeking help when needed. It means building a strong support network around you. It means reminding yourself that you can’t do all the work by yourself.

Seeking the right kind of therapy is also crucial. Emily Apple, one of the founding members of Counselling for Social Change explains that people often end up talking to specialists who don’t necessarily have experiences of activism or of certain issues. “Some therapists tend to pathologise some of your mental health or some of your politics, rather than taking your politics for what they are and understanding that they are there for a reason,” she explains. So if you do seek professional help, it’s important to find a therapist that makes you feel seen and validated.

Chanté Joseph is a social media creative who has always been outspoken about racial injustice. She believes activism starts at home and that you need to be in the right mental headspace to have hard discussions. “I’ve been so active and it’s the first time in a long time I feel like I’m doing something well and meaningful. I love writing and spreading information and mobilising people,” she writes excitedly. Yet Chanté recognises that sustaining her work requires finding small mental health breaks in cooking and exercising.

For Molly, self-care is recognising that activism is a part of her life and not her whole life. “I bake and I attempt to exercise and see my friends. A lot of my friends are activists in my groups. It’s ok to switch off. Knowing you can lean on other people. Being able to balance your time and knowing that you’re important too.” Molly also knows when to say she “doesn’t have the capacity” to do something within her activist group.

Activism doesn’t always have to result in bad mental health. Some studies have even shown that activism can contribute to feeling empowered and connected to a community and movement, which has enormous well-being benefits. Moya finds balance in figuring out her role and focusing specifically on one small thing or a particular niche. “If you focus your efforts, it’s much easier to tell when you’re overwhelmed by too much information in general. Until you focus your efforts, it will be really hard to make that call,” she says.

One thing is clear – activism has to be sustainable to bring about effective change. Protecting your mental health can only result in a win-win situation, for you and for the rest of the world.