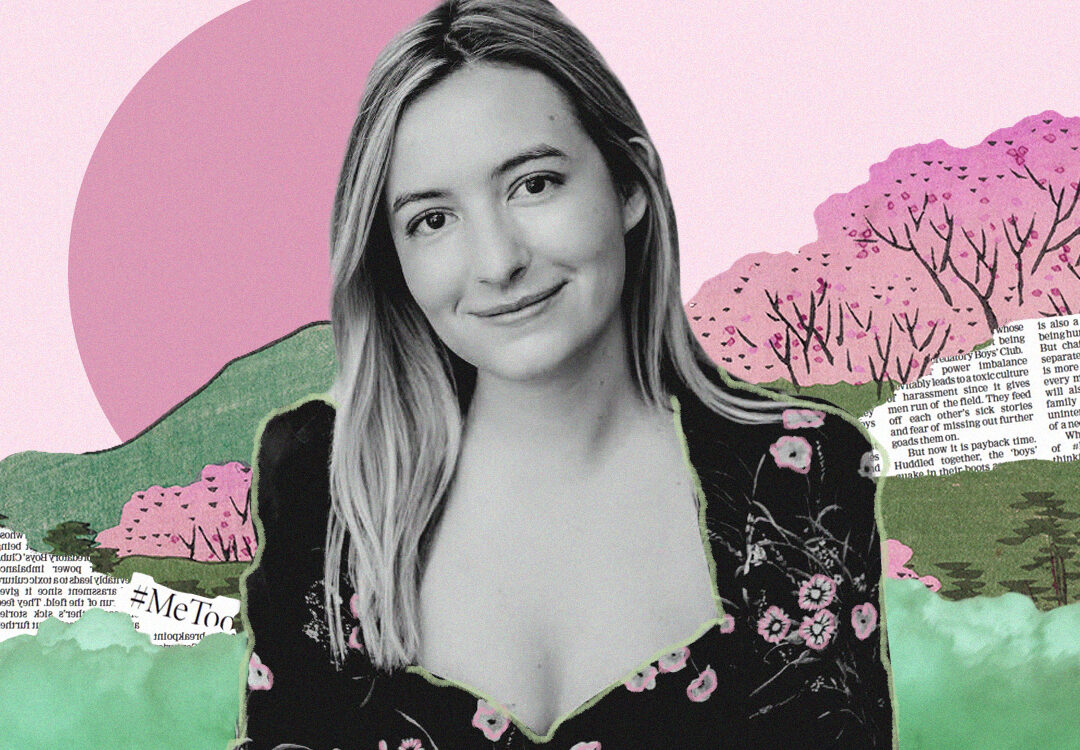 My Assaulter Sued Me, So I Started The Restless Network

The word “empowered” is thrown around the Internet a lot these days. It’s a word that’s so often exploited to gain the attention of millennials, that it has almost lost its meaning. But I really did start Restless to try to help empower women, because I know what it feels like to be silenced and to not have the power to do anything about it.

Despite the rise of the #metoo movement, women continue to be subject to sexual harassment and assault in epidemic numbers, with limited options for obtaining recourse or justice. And many of us are forced to suffer these experiences alone and in silence. Until last year, I was one such woman.

Like far too many women, I was assaulted at an American university. After I filed a complaint with the university, and even after an adjudicator found in my favor, the perpetrator sued me in court for defamation, claiming millions of dollars in damages. He continued his lawsuit against me, even after a second hearing in which another adjudicator also found in my favor. This is the latest defense “playbook” for (wealthy) men accused of campus assault in the U.S.: attack the victim, again, but this time in court.

It took me years, the majority of my adult life, and a large amount of legal fees, before I could get rid of this case. The judge who let this case drag on and on showed me how little the legal system protects victims of sexual assault (at least in her court). And the university that refused to consider this legal tactic to be retaliation showed how little universities are willing to protect women who come forward with sexual assault claims; and how meaningless their policies are to protect women against retaliation.

Despite the fact that the truth was on my side, for many years, I was unable to talk about what happened to me because of this on-going legal harassment. In other words, I was forcibly put on mute. I started Restless near the end of this harassment. At the time, I was feeling somewhat desperate. Desperate to feel empowered again. Desperate to forget that I was fighting a faceless legal system that I had always assumed was there to protect me, not to enable my assaulter to persecute me. Desperate to simply have the ability to answer honestly if someone asked me if I was okay, instead of being forced to hide what I was going through, both for my own protection and theirs.

Eventually, I realized that I had to stop waiting for justice. When it all started, I really thought that since the truth was on my side, I would be okay, that the law wouldn’t allow an attacker to silence his victim. I thought that if I could hold on just a little longer, then one day, they would see that what they were doing to me was wrong, or at least, that the law would one day tell them so.

It was difficult coming to terms with the fact that I would never get that kind of justice. But ultimately I did get a resolution, if not justice, and I started to look elsewhere to feel okay again. Of course, therapy was out, considering the judge in my case allowed my assaulter’s legal team access to my medical records. So was exorcising my trauma through writing in a private journal, as that was also fair game for the other side to obtain in discovery. I had no idea how to start to recover, given that self-expression, even in private, and access to mental health professionals were all unobtainable to me.

Ultimately though, I did have an idea. I began to think that maybe if I could help other women to tell their stories, and to enable other women to hear those stories, then I might start to feel empowered through them. Spoiler: It worked, ish. In the past year since starting Restless, we’ve covered issues that real women face, provided resources for sexual assault and beyond, and been a platform for women’s stories.

I began to think that maybe if I could help other women to tell their stories, and to enable other women to hear those stories, then I might start to feel empowered through them.

I started this business isolated, with deep emotional wounds, and unable to change my personal situation. Definitely not the image that comes to mind when you think “founder” or “entrepreneur.” And I knew that. But I also knew that if there was any chance that I could create something positive from my assault and those years of emotional abuse, that there wasn’t anything anyone could say to stop me from trying.

Today I am more empowered. I feel in control of my life and my reality. That’s largely because of the womxn who have shared their stories on Restless. Because of so many who have contributed their articles, their videos, their interviews, their attention, and for all of the stories and information that they have shared with us. And because, amazingly, this has become an online community that actually gives a damn about the world, and each other.

The app that we launched this week, the Restless Network, is meant to do what we’ve already been doing, but to do it in a bigger and better way. It’s meant to empower women, not just by telling our stories and imparting information, but also by fostering connections, all of which are so vital to simply being okay — and hopefully, to help us all thrive. But it’s not just the serious topic of #metoo that we focus on. We also have sections on Work & Money, Mental Health, and Sex & Relationships, because those topics, in one way or another, are also often considered taboo for women, and as of yet, there aren’t enough resources for women in these areas, either.

Download the app, explore the content, join the community – and above all, please share with us your stories, your opinions, and your advice. We want to hear your voice. You will be helping us all find inspiration, joy, and yes, empowerment in each other.

I’m taking myself off mute. Will you join me?