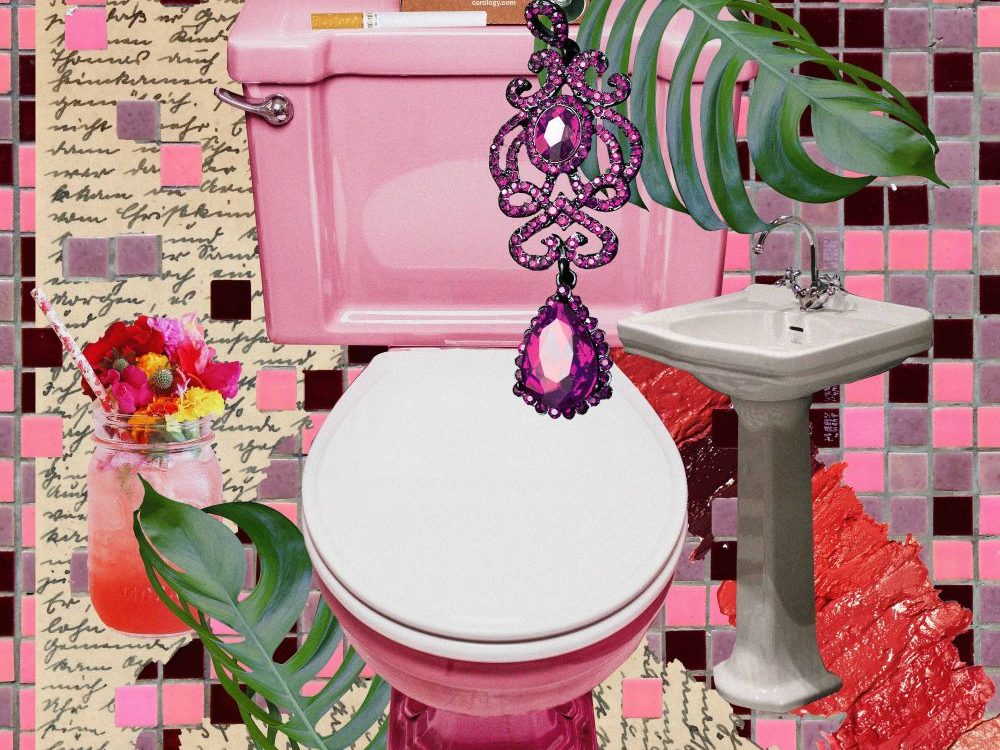 Patriarchy vs. the Powder Room

It’s a certified meme: the gaggle of girls grouping together for the infamous mid-boogie bathroom trip. For many women, a night at the club seems simply incomplete if you’re not spending at least a quarter of your time stumbling between stalls and hyping up your newest best friends. Almost comparable to the first gust of warm air when you step off the plane, you push open the door to the girls’ bathroom and the sweet scent of female solidarity is always there to greet you.

On March 10th, the UN released a report stating 97 percent of women in the U.K. have been sexually harassed. While this figure should be totally incomprehensible, many women turned to social media to express how devastatingly unsurprised they were with these findings. Women have too many of our own anecdotes to be surprised: fingers firmly gripping house keys, checking if we’re being followed in shop window reflections, fictional partners providing us escape routes from uncomfortable conversations, “text me when you’re home safe.”

97 percent of women in the U.K. have been sexually harassed

The formerly humorous vision of girl gangs ditching the dancefloor for a seat on the sink ever so suddenly becomes no laughing matter. The stick woman on the door symbolizes respite from unwanted male attention; our sole safe haven being a zone entirely excluding the opposite sex.

Ana, a 20-year old student in Manchester, acknowledges that the girls’ bathroom can bring a whole new dimension to the female experience of nightlife. While the energy she absorbs is always chaotic, she admits it’s never scary. “The bathroom is just a moment for women to pause the night, boost our confidence and feel like we’re in safe company,” she says.

Jess, in Bristol, agrees, “Whenever you’re in the bathroom complimenting your girlfriends, you can guarantee someone you don’t know will join in.”

This collective of cheerleaders will pass toilet roll under cubicle doors and wipe the mascara smudge from your nose, often capturing a few mirror selfies with you before re-entering the wider club scene. Fleeting, but never forgettable.

Currently, UN Women UK are demanding public spaces become safer and more inclusive for all as a priority: while you can count on the girls’ toilets to provide us with a safe environment and a good atmosphere, it’s harrowing we have to be so reliant on this escape. As Anna, a 27-year old Londoner, says, “The trope of the best friend you meet for five minutes in the girls’ bathroom is a trope for a reason. It’s the shared female experience.” Being women in public space can be frightening, and even more so when alcohol is commonly part of the situation. We’re grateful for the bathroom hiatus. Izzy, who attends Trinity College Dublin, says on multiple occasions she’s had to swoop in and save other girls from predatory behavior. “The bathroom is the best place to go. You know you’re safe and you can strategize your next move, without the fear of wondering eyes,” she said.

In light of their staggering most recent data, UN Women UK has released nearly three pages consisting of offences, actions, or situations that they classify as sexual harassment. These range from ‘whistling at someone’ or ‘cat calls’ to ‘actual or attempted rape or sexual assault.’ With a vast majority of women in the U.K. having been subjected to at least one of these violations, it’s evident women cannot and do not feel safe in spaces that aren’t assigned exclusively female. Cubicle congregations may be a tight squeeze, but at the very least they ensure basic safety.

The bathroom is just a moment for women to pause the night, boost our confidence, and feel like we’re in safe company

Adolescent psychologist and empowerment coach, Angela Karanja, reminds us that sexual harassment crimes are renowned for being underreported. “Even with a figure as staggeringly high as 97 percent, there’s likely to be women too afraid to tell their truth,“ she says. “Just because these acts are committed in hiding doesn’t mean it can be hush hush … it’s cancerous, it interferes with our very being, our field of energy. Our thinking, feelings, and choices leave women and girls traumatized for life.” She’s hoping the government steps up to the mark, educating boys and taking stricter measures to hold those responsible accountable.

The battle between the patriarchy and the powder room means we’re conditioned to see the girls’ bathroom as a rare and sweet relief: a novelty zone, rid of all gendered constraints. But this, in itself, is entirely the product of living in a man’s world. We shouldn’t have to hold back until we’re in the embrace of those four walls; we need to see women capable of unapologetically expressing themselves everywhere. Evidently, this requires great systemic change, better education, and accountability from men. But I’d suggest it equally relies on women maintaining this incredibly propitious positivity, with the ‘girls supporting girls’ narrative permeating beyond the bathroom. The audacious, defiant feminine energy is a force to be reckoned with. It’s well past time to let this energy seep out from the bathroom stalls.