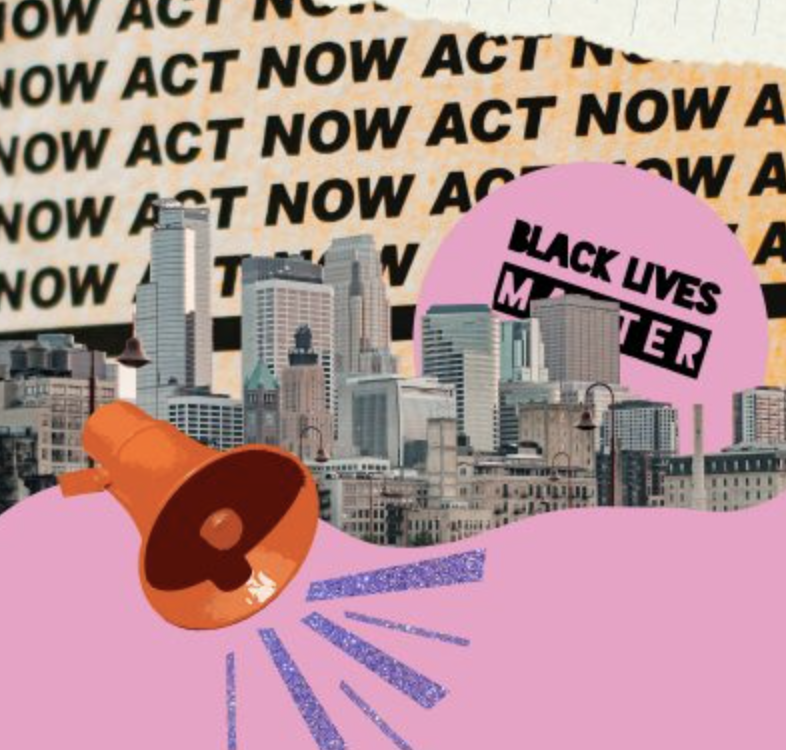 POC Need to Call Out Anti-Blackness Within Our Own Communities

Columnist Alya Mooro reacts to the killing of George Floyd

The killing of George Floyd in Minneapolis this week is the latest in a seemingly never-ending string of racially charged deaths at the hands of the American police force. New calls for white people to engage with and unpick their privilege, and the ways in which they – consciously or unconsciously – perpetuate racist structures, are mounting. But it’s high time non-black people of colour reckon with these questions, too.

The truth is, many communities of colour have, for thousands of years, perpetuated negative stereotypes about black humans and an ideal of light skin. It is high time we unpick our own privilege, and examine how we might have internalized these biases. We must also, to borrow from writer Suhaiymah Manzoor-Khan, do what we can to “disrupt anti-blackness wherever we find it.” In particular as it often comes from within our own communities, too.

As communities of colour we often fall for, and perpetuate, false ideologies rooted in anti-blackness. So deeply ingrained is anti-black racism in Middle Eastern culture, for example, that the terms ‘abd’ and ‘abda’, used to refer to African and dark-skinned people in general, actually mean ‘slave’. Many Arabic TV channels also unflinchingly air racist mockery and derogatory language against black Arabs and black African migrants.

So deeply ingrained is anti-black racism in Middle Eastern culture, for example, that the terms ‘abd’ and ‘abda’, used to refer to African and dark-skinned people in general, actually mean ‘slave’.

It was embarrassingly belated and only around ten years ago, when I started dating my now ex-boyfriend, who is Black, that I began to really realise the anti-black racism that was inherent in my Middle Eastern community; racism stemming from colonialist mindsets, and the Middle East’s involvement in the slave trade.

When I first told my Egyptian friends about my boyfriend at the time, many asked me outright “but you’re not actually going to marry him, are you?” Others just gossiped behind my back.

Their reaction shocked me, and made me realise that, while many Arabs feel entitled to use the N-word, and fetishize black culture when it’s convenient for them, they do this all the while separating themselves from black people.

This distancing also fails to factor in history, and the great migrations and movements that have made up much of the world’s landscape. For Arabs, for example, who spent thousands of years raiding nearby lands, and who kidnapped and intertwined with thousands of East African women, it’s important to acknowledge that we are all far more connected than we might think.

This policing of partners ultimately ties in to an internalised desire for whiteness, constructed in relation, of course, to anti-blackness. It’s an attempt, in part, to retain, or to reach, some form of white-adjacent privilege, and to separate from the negative assumptions of blackness.

This policing of partners ultimately ties in to an internalised desire for whiteness, constructed in relation, of course, to anti-blackness.

Not so long ago, my great-grandfather made his choice of wife by specifying that she must be light. Relatively dark-skinned and having been subject to discrimination while studying in the UK, he didn’t want his children to have to go through the same. If he could whiten their skin tone genetically, he thought, he might win them some white privilege.

That this was indeed the reality for so long – still sadly is, in many ways – coupled with the after-effects of colonialism, sees many communities of colour still left with this belief that if we align ourselves with whiteness, then maybe one day we’ll have that same privilege and power.

To that end, communities of colour aspiring for ‘Westernised’ beauty ideals have been well documented, as has the prevalence of skin lightening creams and calls to avoid sitting in the sun so as not to get a tan (aka darker).

In truth, non-black people of colour have long benefited from our proximity to whiteness. For some, Middle Easterners included, government censuses even have us align with whiteness officially. In the UK, it was only in 2011 that ‘Arab’ was added as a category to the census; American Arabs still have to check off ‘white’. Many, no doubt, feel a certain pride at the ‘acknowledgement’, although they are likely to still get stopped at the airport.

To be sure, as Iranian-American sociology professor Neda Maghbouleh put it in her book, Limits of Whiteness, “whiteness is fickle and volatile.” Racial identity and the way the world (or those in power), treat you, is, in reality, conditional on many things; being a “good immigrant” foremost among them.

The truth is, non-black people of colour continue to uphold white supremacy by pandering to and upholding its ideals. Having some, conditional, privilege for being white-adjacent, is a seriously shitty placeholder to true equality and equal respect and opportunity for all.

To start with, we can do our own learning – and unlearning – and acknowledge our privilege and the ways in which we unconsciously uphold racist structures. We can also call out anti-blackness when we see it. It’s worth remembering that “if you are neutral in situations of injustice, you have chosen the side of the oppressor.”

That’s a bad side to be on, we need to tell our uncles. White supremacy is killing too many of our brothers and sisters. Tell them that we are not in colonised Kansas anymore, and we are stronger together.