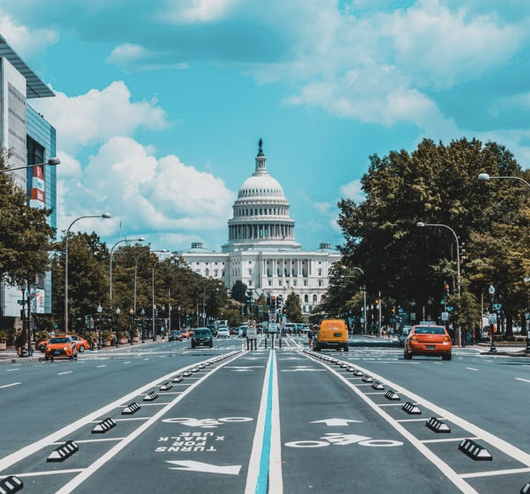 So is Kanye West Really Running for President?

Olivia DeRamus looks at the facts, and what the Democrats should actually be focusing on during the latest drama in the presidential election

Kanye West is running for President.

We must now realize the promise of America by trusting God, unifying our vision and building our future. I am running for president of the United States 🇺🇸! #2020VISION

And if he is, what does it mean for the election? Is it just a funny joke, not to be taken seriously? Or is it something more insidious? Let’s start with the basic question of whether Kanye could legitimately run for President at this point in the race.

Technically, Kanye could run in these states as a write-in candidate. However, the rules for this kind of candidate are different in each state, and in some cases, write-in votes don’t count at all. Some states simply tally up the votes all write-in candidates receive as one and leave them in an “other” category.

But it’s not too late for Kanye to be on the ballot in most states. He’ll have to hustle, though, if he wants to make the deadlines for Colorado, Florida, Michigan, Missouri, Oklahoma, South Carolina, and West Virginia – as they all have quickly approaching July deadlines.

Someone who’s running for President also has to register with the Federal Election Commission, which doesn’t have a deadline. As far as anyone can tell at this point, Kanye hasn’t registered yet.

So is this just a joke? If it isn’t one, it doesn’t seem like Kanye’s put any thought whatsoever into an effective campaign. Maybe he’s banking on his fame to win this after seeing the success of Trump. Or maybe winning isn’t the point at all. Kanye has been a visible supporter of Trump’s for a few years now. With Biden taking a clear lead, it’s possible that this is a ploy to throw the Democratic Party and its constituents in panic and disarray. And let’s be honest, it’s kind of working.

It’s widely acknowledged that the Democratic Party is fractious – just look at the vitriol between the Clinton/Biden camps and the Bernie Bros. As a die-hard Democrat myself, I recognize that my party’s weaknesses are sometimes obvious. So it really wouldn’t take a genius to figure out that a big public stunt – that wouldn’t be taken seriously until it was too late – could tip the election, again, in Trump’s favor.  In 2016, Trump won because he received just 79,316 more votes in three crucial states, even though Clinton won the popular vote for the country as a whole. Anyone (possibly Kanye?) who can drain even a small amount of votes in those states could re-elect Donald Trump. Thankfully, recent polls show the Democrats aren’t as divided as they were last time. So let’s keep it that way, ok?

And fellow Democrats, I say this with love. I really do. But we need to start expecting this kind of behavior from the man who manipulated his way out of impeachment. If you stop to think about this critically, and compare it to what we already know about the political landscape, and Trump’s tactics, this turns into an obvious ploy to prey on the existing weakness of our electoral system.

Or who knows, this could also simply just be Kanye being Kanye, saying outrageous things to stay in the news. All publicity is good publicity, at least in Kanye’s case. And as we’re all panicking, he’s counting his bills.

So is Kanye actually running for President? Who the hell knows?! But that’s really not the point.

The point, what everyone who isn’t a Trump supporter needs to remember, is that the why or how of this issue isn’t what we need to be focusing on. Right now, and every day until November, we need to rally around the candidate we have, and actually vote. That’s it, that’s the point. And it’s how we’re going to get Trump out of office.