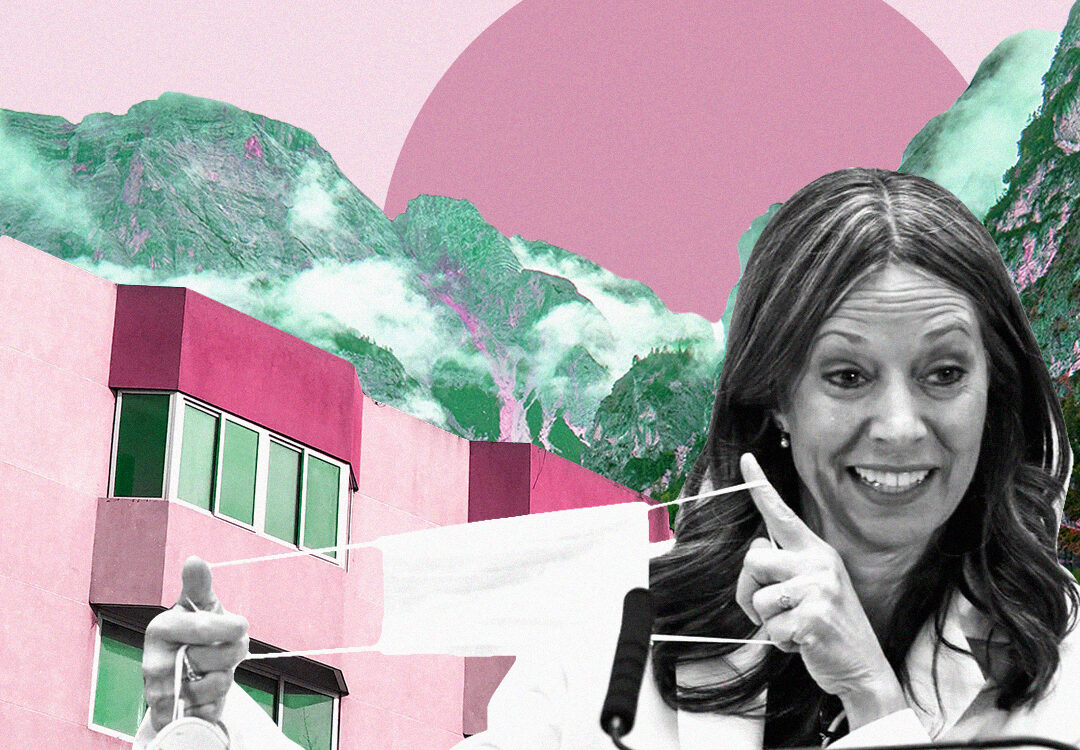 In an era of political division and misinformation, it’s refreshing to see Ohio’s Republican Governor Mike DeWine’s aggressive bipartisan response to the coronavirus, he declared a state of emergency with only three cases and was the first state to close schools. Bars and restaurants were closed March 15 and stay-at-home orders were issued with only 40 confirmed cases. But the real brainchild of Ohio’s quick action wasn’t a career politician, it was the compassionate and ever-calm Dr. Amy Acton.

Dr. Acton, MD, MPH, grew up poor in the Northeast Ohio city of Youngstown and experienced homelessness and abuse after her parents divorced. Yet she became her high school’s homecoming queen, an Ohio State University professor and worked for non-profits before being tapped to be Director of the Ohio Department of Health in February 2019.

Acton stepped down from that role Thursday June 11. She was the first woman to hold the position. It is unusual for US citizens to be able to name their state cabinet members, yet since March, Acton amassed quite a cult following. “Dr. Amy Acton Fan Club” yard signs dot the Buckeye State, while local t-shirt shops and even Bobblehead immortalize the “real MVP of Ohio Coronavirus response,” as Ohio Representative Emilia Sykes dubbed her. Acton’s new role will be DeWine’s Chief Health Advisor where she’ll focus on Ohio’s health holistically.

“Though I didn’t vote for Mike DeWine, I’m so grateful that we have a health department and a government that seem like a good team,” says Kathleen Primosch, a Registered Nurse who works on the Covid floor at University Hospitals in Cleveland. Her ward has enough personal protective equipment (PPE) and she feels optimistic about the handling of the pandemic in Ohio. “I’m so grateful that I live in a state that took initiative.” Primosch adds that Acton “seems very smart and very capable. They made our jobs easier by acting fast.”

Acton’s early interventions saved untold lives and led to accolades for Ohio for having one of the swiftest-acting state governments in response to Covid-19. With only 2,404 deaths out of America’s 115,000, Ohio accounts for around two percent of American deaths despite being the seventh most populous state. The US needs more rational, forward-thinking women like Acton in government, those who put citizens’ lives ahead of political or economic interests. Ohio Department of Health’s general counsel Lance Himes will take over for Acton as interim director.

With only 2,404 deaths out of America’s 115,000, Ohio accounts for around two percent of American deaths despite being the seventh most populous state.

As opposed to the President’s aggressive briefings where he clashes with journalists, pedals pseudoscience (please don’t inject bleach, take malaria drugs or refuse to wear a mask just because the commander in chief says so) and spews racist and misleading information about the origins and containment of Covid-19, Dr. Acton empowered people and explained the science in an easy-to-understand manner, including acknowledging what we don’t yet know.

#WineWithDeWine (which has inspired its own theme song and merch) along with #SnackinWithActon trend during the Governor’s daily 2pm briefings during lockdown, where Ohioans drank wine and listened to the latest news on the spread of the virus, and info on businesses and unemployment. Glass in hand and tuned in to The Ohio Channel on YouTube, Dr. Acton — with her signature lab coat and long hair — told me not to be afraid, to wear my mask and to be compassionate (with others and with myself).

Like millions of Ohioans, I felt inspired listening to her. I feel proud to be an Ohioan during this pandemic. Repeating the slogans “not all heroes wear capes,” and telling citizens that they are heroic when they stay at home, Dr. Acton’s stay-at-home orders felt manageable, less like a punishment and more like a voluntary sacrifice for the greater good. Acton herself said she rose at 4am and worked late into the night as Health Director burning the candle at both ends for public safety. But not everyone sees it this way.

Gun-toting picketers who wanted to go to work and patronize businesses during lockdown protested in front of Dr. Acton’s home multiple times with anit-semitic (Acton is Jewish) signs. DeWine denounced the protesters stating that he was the elected official and if constituents had a problem with his policies they could protest him but should leave Dr. Acton’s family (she’s a mother of six) alone.

Dr. Acton closed Ohio’s in-person polls for the March 17 presidential primaries and extended voting by mail-in ballot until April 28. A voters’ rights group filed a lawsuit stating that closing the polls on such short notice was unconstitutional and the postage required to mail in a ballot was essentially a poll tax. Federal judge Michael Watson sided with the state writing, “The Constitution does not require the best plan, just a lawful one.”

While Governor DeWine is a Republican, others in his party have pushed back against Acton’s strict business closures and stay-at-home orders to “flatten the curve”. The majority Republican State House of Representatives proposed a bill to limit Acton’s powers to order isolation and quarantine to a maximum of 14 days and to reduce penalties for violating public health orders. Fortunately, the State Senate unanimously rejected the bill when it arrived in their chambers.

As stay-at-home orders lifted May 29 and Ohioans are going back to working and socializing in small groups, the risk of contracting Covid-19 is still high.

As stay-at-home orders lifted May 29 and Ohioans are going back to working and socializing in small groups, the risk of contracting Covid-19 is still high. “The asymptomatic spreaders are who worry me the most right now,” says Primosch. “If you’re really sick and you come to the hospital and I have a gown and PPE, I can handle that. But if you’re somebody who is out for a jog and you show no symptoms and you’re contagious, that’s what makes me more nervous.”

Acton’s said that this is a different phase of the pandemic and a natural shift for her to refocus. “This was not a job I ever sought in my life and when I got that call to serve, my goal was to really create a space for the health and wellbeing of all Ohioans,” she said in a press conference announcing her resignation. As she thanked all the public servants and health care workers she engaged with in her tenure as Director, I hoped it wouldn’t be the last time she addresses Ohioans.

Thank you, Dr. Amy, for your leadership, your service and your tireless effort to put people over profits and save lives.