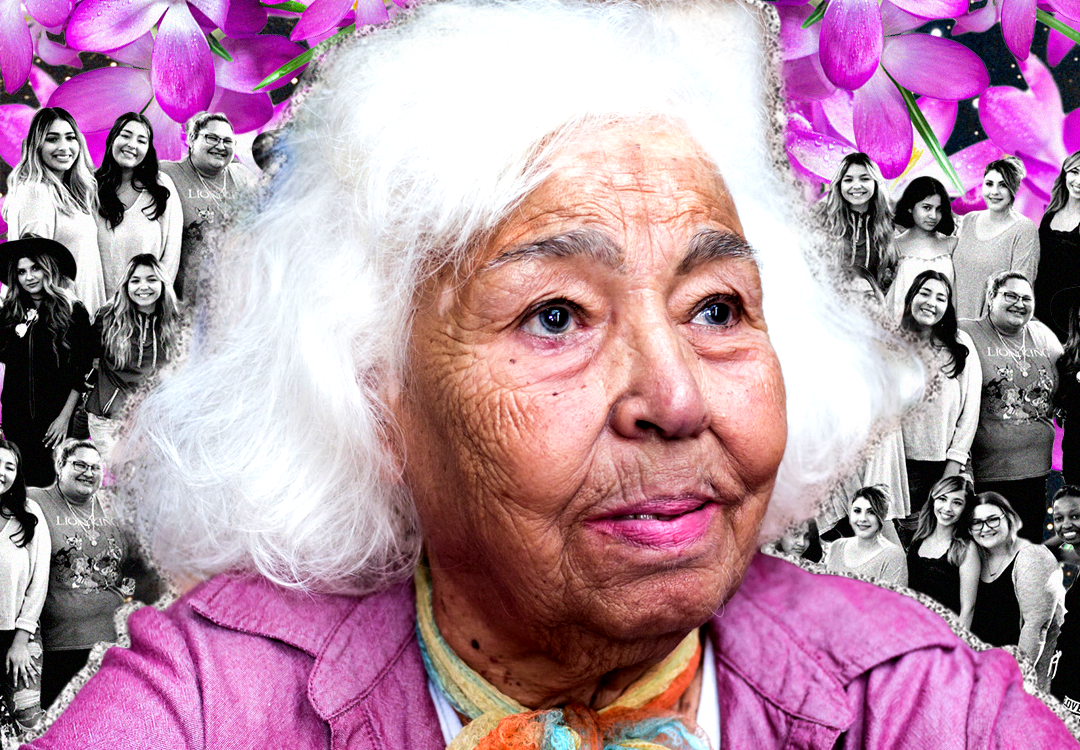 Standing on the Shoulders of Women

In light of Dr. Nawal El Saadawi’s passing, Alya discusses why it’s so important to see yourself in feminism

“I woke up to the fact I was a feminist slowly, and then all at once,” I wrote, in my debut book, The Greater Freedom. The truth is, at first, it was a very slow awakening. The kind in which you push the snooze button again and again, burrowing yourself deeper into the relative safety of your duvet, the relative unknowing.

Because although I have always been a woman, although I have likely always been a feminist – even if not the kind who understood that about herself – I grew up steeped in misogyny, and in a world where we just didn’t have these kinds of conversations. A world in which I didn’t know that women had long been fighting for me.

Would I have felt able to claim it sooner had I known there were strong shoulders I could clamber onto? Stand beside, shoulder to shoulder? In a word – yes.

It was reading Dr. Nawal El Saadawi’s book while researching for my own, that was the final siren of the alarm that finally got me standing. Coming across ‘The Hidden Face of Eve’, the second of over 50 books by the esteemed Arab feminist, who passed away this week, aged 89, changed everything for me.

The book, which was published in 1977, accounts the realities of life as an Arab woman, through Saadawi’s experiences working as a doctor in Egypt, and sees her in conflict with tradition. Reading her words, I felt a profound sense of relief. It helped legitimize many of the feelings and frustrations I had, and that I had never seen someone from my part of the world explain in words before. It gave me courage, motivated and empowered me.

When I was reading, I came across my last name in print. Saadawi had been at medical school with my grandfather, and had referenced him by name as a classmate. It felt like the most serendipitous of full circles, and grounded me in the world.

Many of the things she had written about were things we were still dealing with, but we’d come so far, too. More importantly, we’d come so far through action; through the actions and words of Arab women dating back centuries.

I recently finished reading ‘Opening the Gates: An Anthology of Arab Feminist Writing’ which includes works by Saadawi. The book is, reads the introduction, “the recovery of a debate presumed not to have existed,” and features works and speeches from Arab women dating back to the 1800s. The first written evidence of Arab feminism, before there was even a name for it, is from poetry published in the 1860s. I feel particularly wronged by the fact that, for so long, I didn’t know that.

But – caught between stereotypes from the Western world that label Arab women ‘oppressed’, and suspicion within many communities in the Middle East that feminism is an outside ‘Western’ ideology – perhaps that’s not all that surprising.

The truth is, feminism exists and is needed everywhere, for as long as we endure a patriarchal world. But for as much as we’re ultimately fighting for the same things, our overlapping identities like religion, race and class influence how we experience discrimination and oppression, as well as the weapons wielded against it.

It’s why it’s so important to see people who look like you and who come from the same culture as you. To have someone give voice to the nuances of the things you have become normalised to, that you shouldn’t have. To know that there’s another way, that someone agrees; someone has your back. Because otherwise you can’t really relate in the same way, you can’t really see yourself, or the many women standing shoulder to shoulder with you, on the shoulders of women, on the shoulders of women.

If I’m honest, I’m a little envious of the next generation, that this is a conversation that we’re having openly now, that it’s so obvious, that there are so many examples. But I’m so grateful for that, too.

This has been a particularly hard month for women – both in the UK, where I live, and in Egypt, where I’m originally from, as well as in countless other countries around the world, for countless reasons that are different but rooted in the same.

But also, never before have I felt so connected to my womanhood, and to my feminism, and felt the solidarity that comes with that – globally, as well as from those within my culture. It’s a blaze; a swell. And for that, we have the likes of Nawal El Saadawi to thank, and her shoulders to stand on. May she rest in peace.