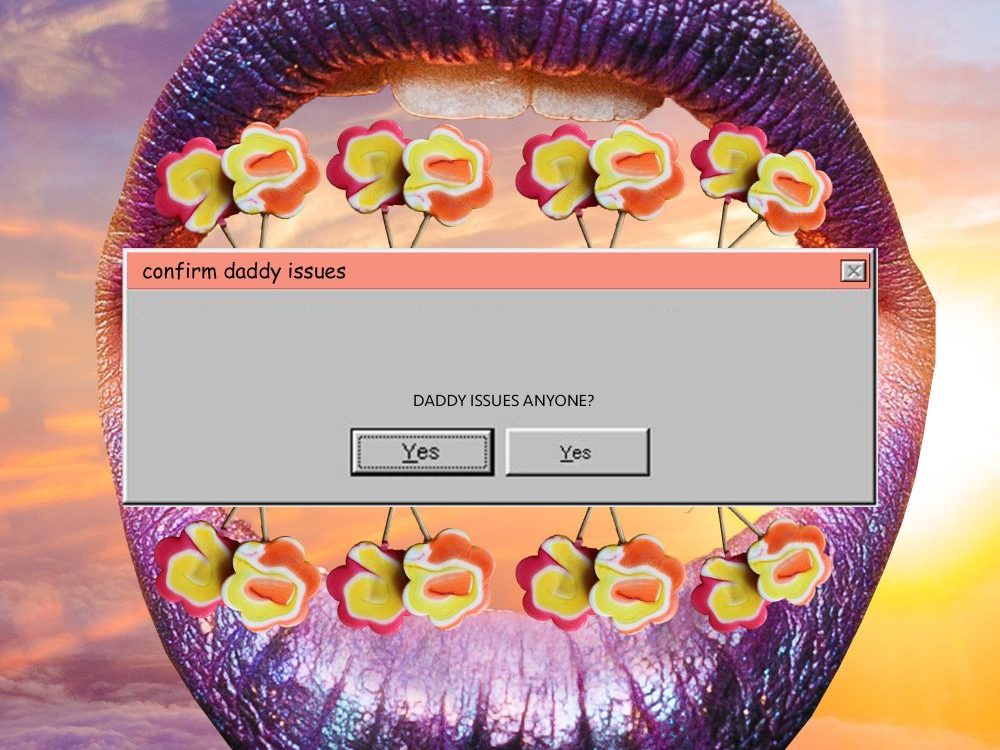 What strikes me about the term ‘daddy issues’ is that it should, really, be vintage by now. Something we’d cringe at watching reruns of Friends. It’s not. It tumbles off tongues like the ghost of sexist past and in general, it exclusively refers to women. In a country with almost three million lone parent families, we need to look at the bigger picture.

June the 16th. I watch as a torrent of ‘my dad is the best’ posts bounce off Facebook walls. Dads who probably smell like smokey old Volvos and John Smiths and English Leather. Dads who sit on armchairs chuckling at Only Fools and Horses in their slippers, slurping builder’s tea from their ‘No.1 Dad’ mug.

It doesn’t really bother me, Father’s Day – you can’t miss what you’ve never had. Or in my case, sampled a small dose of. What bothers me is the way fatherless women are labelled. As soon as men hear the words ‘daddy issues’, it becomes a massive stick with which they can beat women down. It took me until I was 25 to realise it – and it’s taken me until almost 30 to realise why.

I’m not some deluded optimist who thinks fatherless women are void of relationship issues. We all have them. But this is not a gender thing, nor is it exclusive to women. It’s just another branch of paranoia society has instilled in us. Most of us, at some point, become keenly aware we’re unhappy in a relationship. We might lack confidence, feel a bit needy. Maybe it’s just because our relationship isn’t right, or maybe we’ve scrolled through photoshopped pictures of weight-loss-tea-promoting bikini models for too long on Instagram. So wait… could it not just all be daddy issues?

Unlike the doting mama’s boy, there are no chocolate-box connotations for a woman with daddy issues. If you’ve got ‘daddy issues’, you’re red flag territory. The label is defined as the inability to trust, or a tendency to depend on men because of an absent father. But let’s be honest: it’s really just a lazy, flagrant, catch-all phrase for complex human emotions.

I don’t see my dad. He was abusive to my mother and I’ve only met him once. I’ve also suffered my own share of male calamities. Less Hugh Grants, more Grant Mitchells in terms of romantic ideals. Including one particularly toxic, cheating, abusive, older man who was the first person to say I had daddy issues, ironically. It was always during an abusive episode, to verbally beat me down.

Obviously I don’t pick these men on purpose. My dating game doesn’t kick off with the message “hey you’re fit, do you punch doors?”. But it has taken me nearly three decades to address and stop this pattern. I’m finally enjoying a relationship with a respectful and loving partner, after years of toxicity and trauma.

So what about this retrospective tapestry of idiots, then? The bums, the abusers, the players, the downright psychopaths? We all wonder why we were so blinded in the first place. Does it mean I’m the textbook daddyless daughter? Am I a prime candidate for the most cliched label in the world of fatherless women – daddy issues? I asked behavioural psychologist and dating expert Jo Hemmings:

“In its simplest form, the term ‘daddy issues’ applies to women wanting relationships with men who remind them of their father’s influence. It may or may not be significant, it just seems normal. But actually, it’s just as likely to affect a man’s dating decisions as a woman’s.”

Bounce the term into a search engine, though, and you’ll find the results are very gender-specific. The ‘telltale signs’ of daddy issues – neediness, promiscuity, jealousy or a fatherless void that can only be filled by dating older men – are all female weaknesses.

“I think it’s more commonly pinned on women because it’s men doing the pinning,” Jo explains. Just like the ‘damaged goods’ tag, our understanding of both has been defined and controlled by what society thinks are women’s failings. If I am jealous, competitive, promiscuous, or any other one of the countless negative traits immediately pinned to female identity, it’s because I am a woman without a dad.

What about the lads without dads?

There’s a stifling shame and stigma attached to men seeking help for issues in their lives. Figures released by the Office for National Statistics (ONS) in 2013 show that 78% of UK suicides were male. That’s three times higher than the female suicide rate. Perhaps women have become so accustomed to benevolent sexism that, ironically, it’s easier to talk about our relationship issues. The fact ‘toxic masculinity’ has been coined (another detractive gender-specific term) shows how important it is to address patriarchal norms, which can affect men just as much as women. We’re just emotionally gagged in different ways.

If a boy is constantly mocked by his father, it could result in low self esteem carried through to adult life. If his dad was highly intelligent or attractive, he may feel he can never compare. Or maybe he grows up without a dad? Maybe he’s compared to his absent father, magnifying his so-called ‘daddy issues’ exponentially? But are we all – men and women – really defined by problems in our past, ones we can’t control? Are my relationship patterns forever chained to my dad?

Be it an excuse for relationships not working out or a woman speaking her mind, throwing on the daddy label is cheap and easy. Jo Hemmings’ advice is to ignore it:

“It will always imply a poor relationship with your father or that we can’t help but bring this into our own relationships. Every one of us has intimacy issues to a degree and we learn how to deal with it. If we don’t accept or fuel a phrase, it will eventually become archaic.”

If your relationship with your father has affected your adult relationships, Jo says the solution lies in breaking the cycle:

“It really depends on what your issues were. It may be that they manifest themselves as an intense yearning to be loved, cared for and have the full attention of a man because you didn’t get that from your father, or low self-esteem because you were never praised.

“You may even desire an authoritative man because that’s what you know, but you need to realise that you can break that cycle. That we don’t need to repeat behaviour patterns. Having a fulfilling job, a good social life and a handful of dependable friends can help make that ‘neediness’ much less pressing.”

Male or female, it’s our job to recognise, understand and redefine our own issues, without sexist labelling. And the one person who shouldn’t take centre stage is the man who wasn’t there.