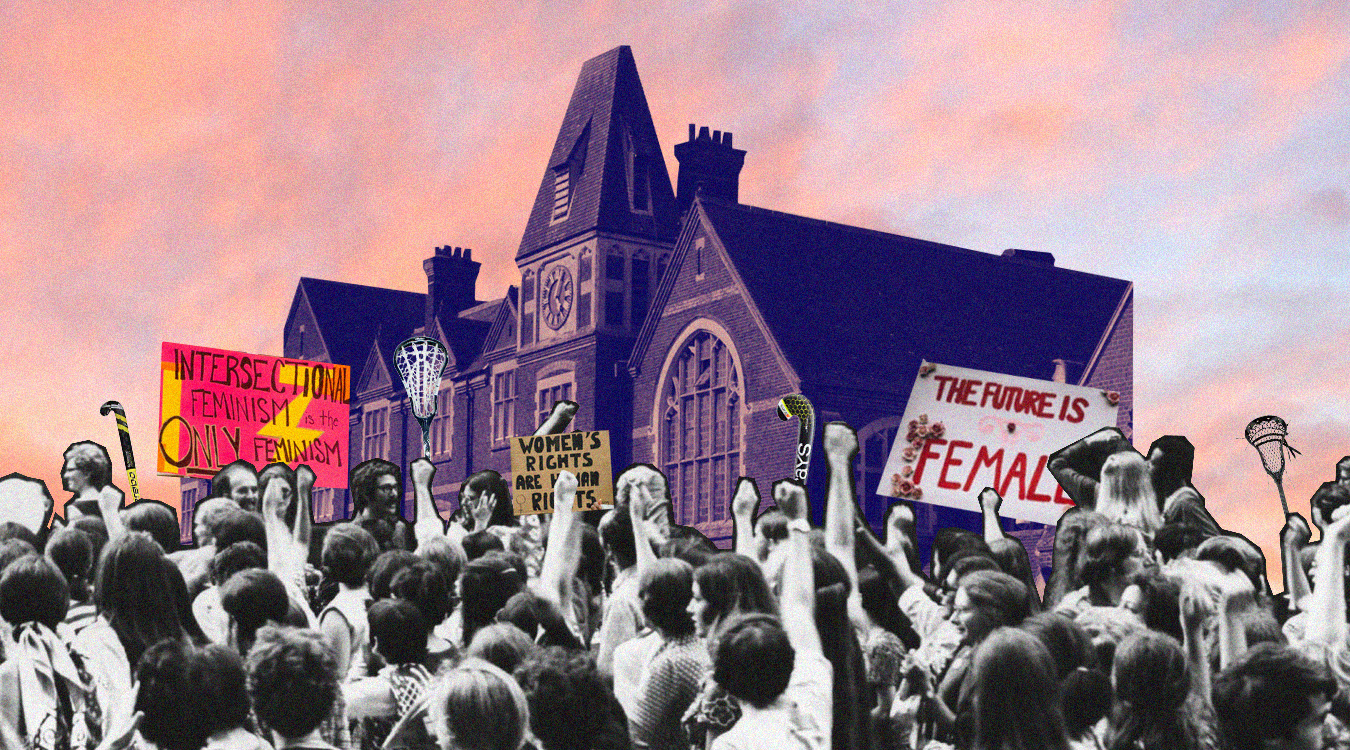 Boarding school has long been an institution which has excluded women, Izzy Copestake explores why private education is frozen in time

As a rule, boarding school is an institution which receives its fair share of animosity… most of it is probably warranted. Mummies and daddies fork out the extra cash for the simply heavenly grade II listed building where their little darlings can skip along the ancient stone floor (smooth from the footsteps of Nobel prize winners and disgraced Tory politicians) into their tiny Latin class to reap the educational benefits of a fundamentally unfair system catering to those who can afford it. Those being, 6% of the student population.

These schools have been a hotbed for sexism for hundreds of years.

6% seems like a pretty trivial section of students to bother worrying about. However, when we consider that 60% of those in the UK’s highest tax bracket are alumni of a private school, 32% of MPs and a vast 74% of judges it becomes fair to say that the mummies and daddies have made a fairly shrewd investment; those who attend these ancient institutions are disproportionately likely to end up in positions of power.

This is a grotesquely unjust issue in itself, more so when it is highlighted that these schools have been a hotbed for sexism for hundreds of years.

It is probably important here to briefly state my own background. I attended a state secondary school and then moved to a boarding school for the final two years of sixth form. This was an experience I was privileged enough to enjoy. However, I counted myself lucky that this environment was not my only schooling experience, unlike most of my classmates who had cupboards full of extortionate ‘pre-prep’ and ‘prep school’ kilts and bonnets in every size which they had grown out of after 16 years of privilege.

Education has long been an institution which has excluded women. Even though the UK’s education system is now compulsory for everyone of a certain age, misogyny lives on… especially in the private sector.

Arriving at a boarding school at the age of 16 was like entering another world. The school was segregated into girls and boys boarding houses, in which you would spend your time outside of lessons, eat meals and sleep. Whilst the need for this was understandable, the effects of the segregation were disturbing.

The most notable feature was that it was much more difficult to make friends with the opposite sex. At my previous school, a large portion of my good friends had been boys. However, with this segregation in place, any platonic relationship with the opposite sex was instantly sexualised. It was around 6 months of walking back from History class with one of my few male friends for the shouts of ‘Have you fucked her yet?’ from the boy’s house windows to begin to ease off.

It soon became the norm for me to head to the gym at certain hours to avoid the heckling from groups of boys. One particularly imaginative line being ‘When are you going to let me fuck you’ shouted across an entire cricket pitch from a boy I didn’t know.

Probably the most bizarre aspect of boarding school is that, officially, staff in the school become your second ‘guardian’. This is a major difference from state schools which, although is in place to provide support, it is often used to wield control in student’s personal lives. Isabella ‘a group of around 6 girls called into a teachers office and we were told that our posts were inappropriate and provocative as there were images of me in a bikini. One teacher suggested that we would only be taken seriously if we were to go on Love Island It was a huge invasion of privacy. It had nothing to do with the school whatsoever.’ No boys were called into the office. Surely the main concern was why teachers were looking at their student’s Instagrams?

Surely the main concern was why teachers were looking at their student’s Instagrams?

Poppy recalls how these examples of ‘slut-shaming’ extended into the uniform codes which shroud femininity as girls experienced more extensive arbitrary restrictions on uniform than boys, ‘we were forced to wear tracksuits over our leggings when walking around the school as it was considered distracting.’

The deep-rooted sexism which plagues these schools does not only impact the girls who attend these institutions, but also the boys. Monty recalls an incident concerning a girl in year 13. ‘When I was 15 an 18-year-old girl started messaging me. We did some stuff and teachers found out. When I complained that she had shared explicit pictures of me the teachers didn’t take it seriously, even after I wrote a letter to the headteacher. They laughed at me and told me to stop talking about it because she was an attractive girl.’

It is essential that these ancient structures of sexism are broken down to ensure that both male and female students head into the world without being plagued by misogyny or toxic masculinity.