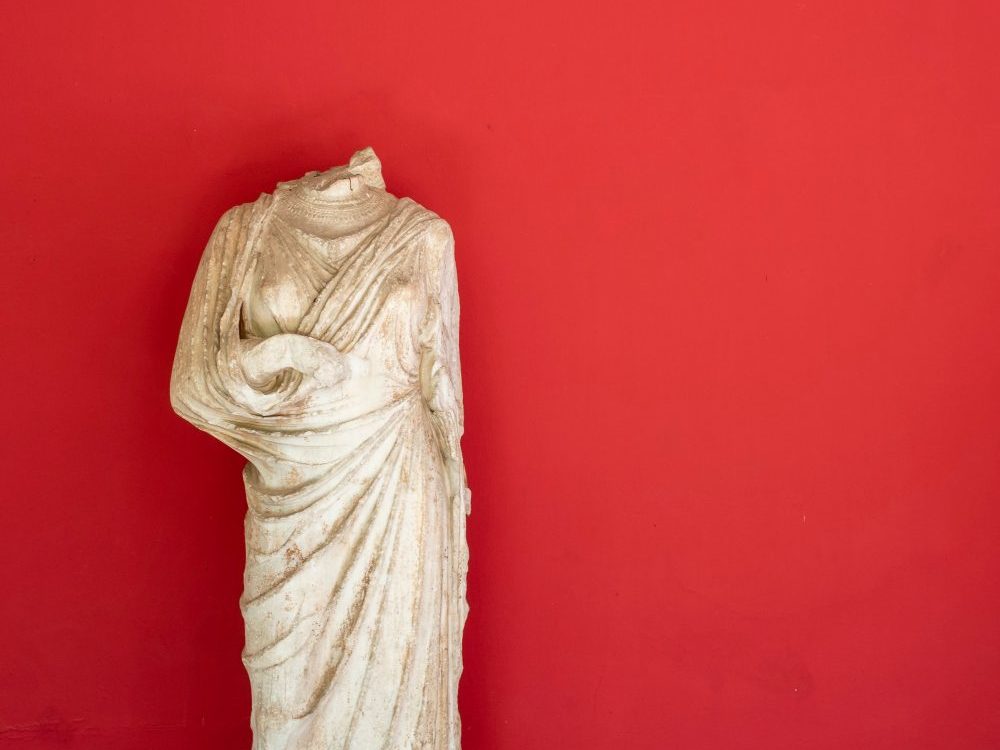 The Power of Embracing Red

Red is not a subtle colour: it’s one that demands to be seen. And it’s increasingly being worn by women who demand to be heard. Women in the west are embracing red’s positive power.

You’ll have felt it yourself. You’re reaching for the red dress or lipstick, and you’ll have a momentary debate with yourself. Is it right for the event, or for your mood? Too bold, or just the confidence boost you need? Do you want the attention it’ll draw?

This month Women’s Equality Party activists blocked the voting lobby in the House of Commons in protest that MPs with unresolved allegations of harassment against them were voting on the Domestic Abuse Bill. Most of the protestors wore red.

The female Greenpeace activists who stormed the Chancellor’s Speech at the Mansion House this summer all wore red evening dresses. One diner’s account of it kept coming back to his impression of a sea of red dresses against the black suits.

Extinction Rebellion activists of all genders dress as the Red Brigade: female-presenting and silent amidst the noise. At protests around reproductive rights, the equally silent Gilead handmaids appear as a phalanx of red robes.

The women who went to Peterloo – four of whom were killed – wore their Sunday best to show they were respectable. For many of them, their best was white or off-white. The suffragettes adopted it a century on, with Emmeline Pethick-Lawrence asking women to come to her mass spectacles in white. She wrote that “white stands for purity in public and private life”.

The American suffragists began to wear it in imitation of their British sisters. Alexandria Ocasio-Cortez, being sworn in at the start of 2019, wore a white suit to honour the women who went before her. And at the State of the Union address in February, most of the Democratic female senators wore white.

White was used by the suffragettes for its connotations of purity, chasteness, and respectability in the West. Red has darker symbolism. On men, it was a sign of power and was worn by kings and cardinals. On women, though it was a colour of sin, sex and shame.

The phrase ‘scarlet woman’ was used until recently to indicate a sexually promiscuous woman, especially a prostitute. It ties back to lawmakers assigning scarlet to prostitutes in sumptuary laws in the middle ages. The implication was that a woman wearing red was a sign of shame or shamelessness.

The connection lingers on. Ann Crabtree, the costume designer for the Handmaid’s Tale, explained that “the red is the color of a womb, of a wanton woman, a scarlet kind of mark upon a pious world of dark tones”. Atwood had originally chosen red to suggest the Renaissance colour coding of Mary Magdalene as a sinner.

Scientific studies have shown people has a stronger, more immediate reaction to red. Drivers blocked by a red car react faster and more aggressively than other colours. One experiment showed women wearing red lipstick, rather than pink, brown or none, were approached faster and more often in bars. It’s this strong response we’re thinking about, however briefly, when picking a bold red lipstick.

“If you want to make a point,” said philosopher Dr Nicholas Humphrey in his book Seeing Red, “make it in red”. By claiming red, and using its dramatic ability to provoke a response, women are claiming a voice.

Since 2011 red dresses have been appearing in Canadian woods, floating amidst the black and white of the silver birch trees. Jaime Black’s REDdress project creates the installations to draw attention to missing and murdered indigenous women. Some of the dresses have been donated by the women’s families. Black describes the work as giving the women their voices back.

In 2017, the Women’s March called for a women’s strike on International Women’s day. Knowing that not all women can afford to strike, they also offered the idea of wearing red to indicate solidarity with the action.

Red is also the colour of solidarity and revolution in Europe: from the red caps of the sans culottes to soviet Russia. The causes in which women are wearing red now are all ones that are calling for changing the status quo: on sexual assault, on reproductive rights, and on the environment. All areas where those in power haven’t been listening.

Nathaniel Hawthorne’s The Scarlet Letter (1850) is set in 1640s Boston, Massachusetts, and focuses on Hester Prynne. The town fathers make her pin a large red A to her dress to shame her for adultery. Over the course of the novel, Prynne enjoys the freedom from social expectations the letter brings. She chooses to continue to wear it whilst helping other women. She embraces it, ignoring the shame it was supposed to make her feel.