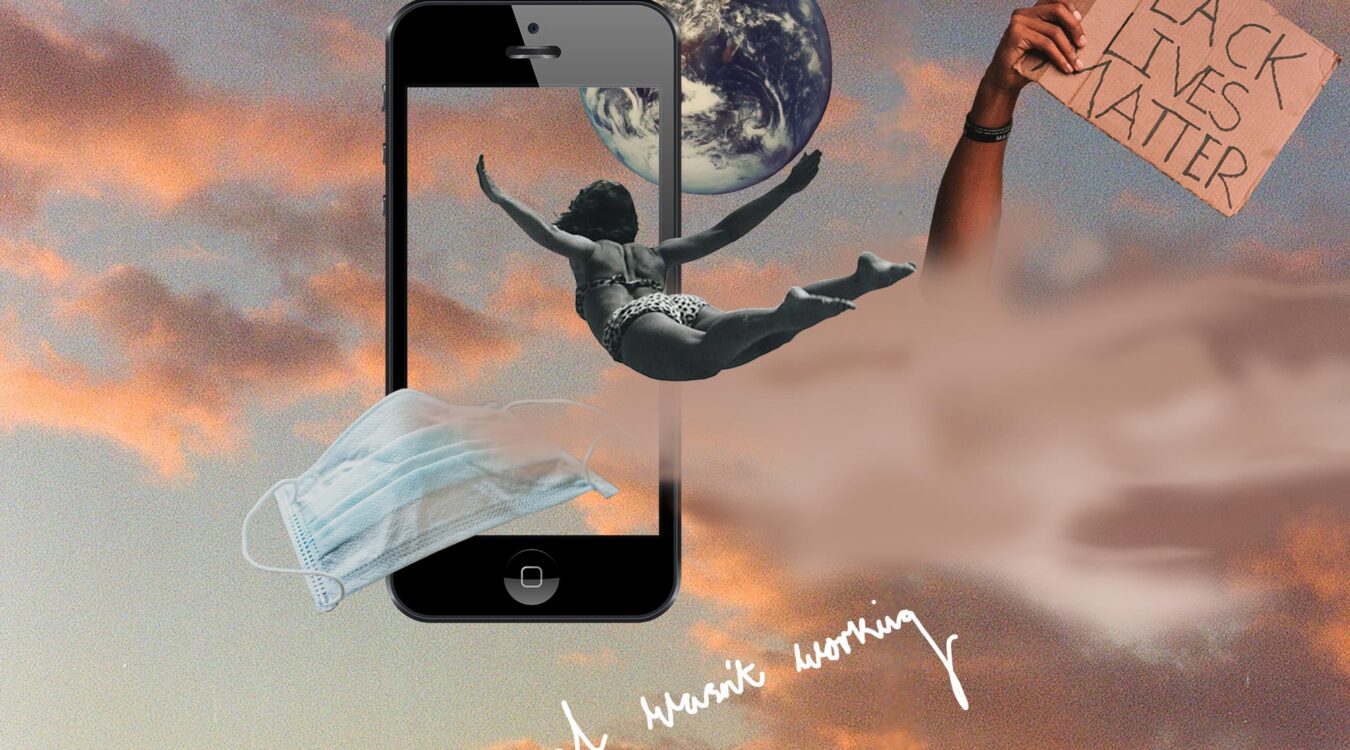 With lockdown lifting in England and Europe, Alya has some thoughts on our new reality

I don’t know about you guys but I feel like I was just about getting my head around the idea of being in lockdown when it was announced that we didn’t need to remain in lockdown any longer. That this decision stemmed from the fact that the economy and mental health are flailing, rather than that it’s actually safe to do so, coupled with the new-found or proven knowledge that, on countless levels, “normal” wasn’t actually working, makes our tentative re-emergence into the world feel a lot more anxiety inducing.

A few months ago, what feels like an entire lifetime ago now, memes were circulating that suggested that lockdown was, in a sense, a punishment from God. A sort of: “go to your room and think about what the hell you’ve been doing (or not doing).” Little did we know that that would soon come to be almost prophetic.

Over the course of the last few months, many of us have learnt what our priorities are, as well as some meaningful life lessons. We’ve all had our own epiphanies, whether big or small, about what we want our lives to look like, what we want to take forward and what we want to leave behind in the before Corona times.

From the now seemingly astounding speed at which everything was churned out, to the need to always be doing, traveling, buying and *being* more, so much of the way we lived our lives was unsustainable, both for personal happiness and on a global level.

During lockdown, many of us met our neighbours for the first time, have clapped for essential workers and come to realise who actually is essential – as well as that those people are most often not compensated, or treated, accordingly. Many of us have become more conscious of the inherent ties that link us to the rest of humanity; more understanding of the fact that we are all on the same sea, albeit on different boats.

Indeed, while the pandemic has highlighted the extent of the pervasive inequality, and the many, many layers to it, it has also – as author and activist Naomi Klein suggests – introduced a sort of “softness” into our culture. “When you slow down, you can feel things,” she explains. “When you’re in that constant rat race, it doesn’t leave much time for empathy.”

She continues: “From its very beginning, the virus has forced us to think about interdependencies and relationships. The first thing you are thinking about is: everything I touch, what has somebody else touched? The food I am eating, the package that was just delivered, the food on the shelves. These are connections that capitalism teaches us not to think about.”

In truth, the past few months have afforded us all with an opportunity to truly think about how the world works, and the many ways in which it doesn’t.

Times of upheaval are always synonymous with some kind of radical change and plunging back into the closest approximation of life as we knew it without taking onboard those lessons – both on a personal level, and as a wider world – is a major waste.

As Margaret Klein Salamon, a former psychologist who now heads advocacy group The Climate Mobilization put it in an interview: “We’ve been trying for years to get people out of normal mode and into emergency mode… What is possible politically is fundamentally different when lots of people get into emergency mode…

“It’s been interesting to see that theory validated by the response to the coronavirus,” she continued. “Now the challenge is to keep emergency mode activated… We can’t think we’re going to go ‘back to normal’, because things weren’t normal.”

She was, of course, referring to the climate emergency in particular, but her words could be applied across the board. Indeed, over the last few months, many measures that were previously considered impossible have been taken, proving that change can happen at a much faster pace than we had been led to believe. It also shows that just because something is well-established, it doesn’t mean that it should continue to be so, or that it means it’s not inherently flawed.

To paraphrase one of those aforementioned memes that were circulating, in the rush to return to normal, lets seriously consider which parts of normal are worth rushing back to. Let us also make sure that we retain some of the pandemic’s lessons; tighten our own lifejackets (and our masks) as well as make sure there are enough to go around. Make sure, too, that there’s still a sea to bob along on and that all boats are built to weather. If we do so, we might just come out of this as a kinder, smarter and more considerate society. We might even create a new normal. One that actually works.