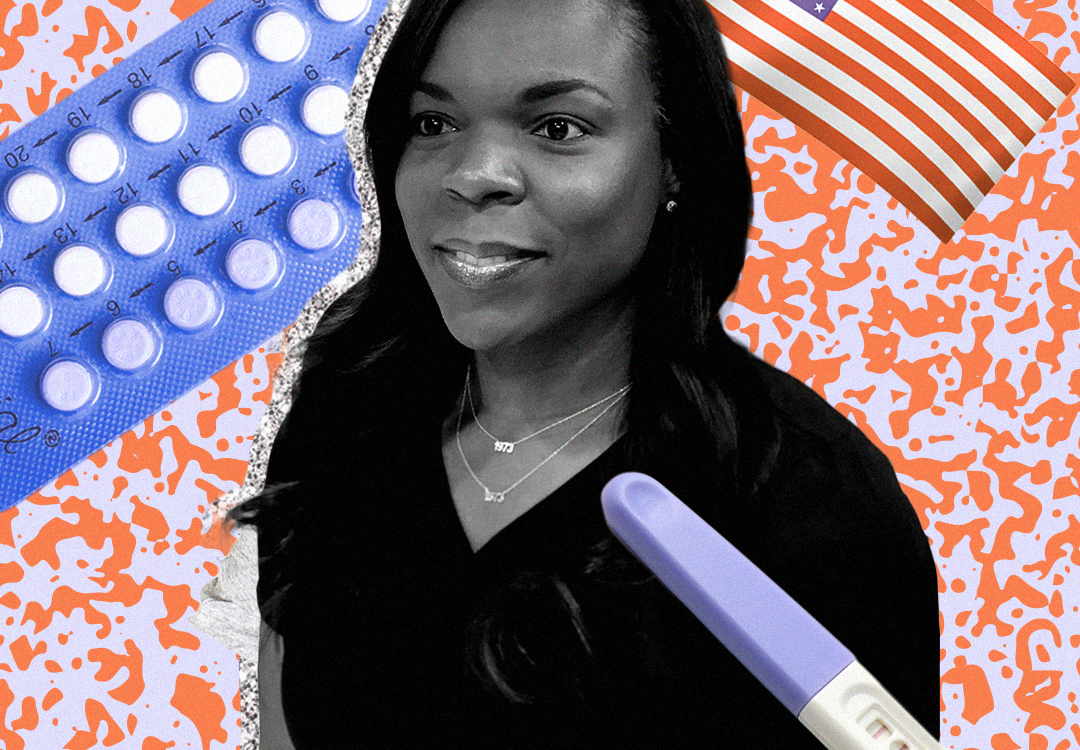 A Hero for Reproductive Rights

Dr. Yashica Robinson is one of the few people in Alabama providing reproductive care, despite the danger she faces

Death threats, protests, legal challenges, hour upon hour in court – it’s all in a day’s work for Doctor Yashica Robinson, and that’s before she’s even arrived at the clinic where she gets down to her actual job.

An obstetrician and gynecologist at the Alabama Women’s Center for Reproductive Alternatives, Dr. Robinson has for many years provided abortions as well as deliveries to her patients, alongside one other physician whom Robinson previously trained. Their days are full ones, particularly because the clinic is the only reproductive center in North Alabama, and serves the women of four states as well as their own.

Even before the challenges of COVID-19 that have limited access to health care for so many people, Robinson’s crucial work has always been made more difficult by those who make their disapproval known – whether that be through endless harassment of patients and death threats to her and her colleagues by protestors outside the front door, or the catalogue of legal obstacles to the clinic’s expansion or even staying open. What Robinson calls ‘constant negative chatter’. She says: ‘I’m willing to fight for it. We’ve been blessed to have good representation so far against those challenges, so we go into them, trying to be positive and facing them head-on.’

It’s not for the faint-hearted, but Robinson is clearly made of extraordinarily strong stuff. Her career choices were initially restricted, but ultimately inspired, by her personal circumstances of becoming a teenage mother of two young sons before she finished high school. Struggling to help pay the family bills, it was a scholarship to medical school that turned her life around. Now, nearly two decades later, Robinson is determined to be both an inspiration and advocate for young women similarly struggling:

‘I know it’s easier for people to understand and believe things are possible when they see someone who’s come from a background like mine.’ 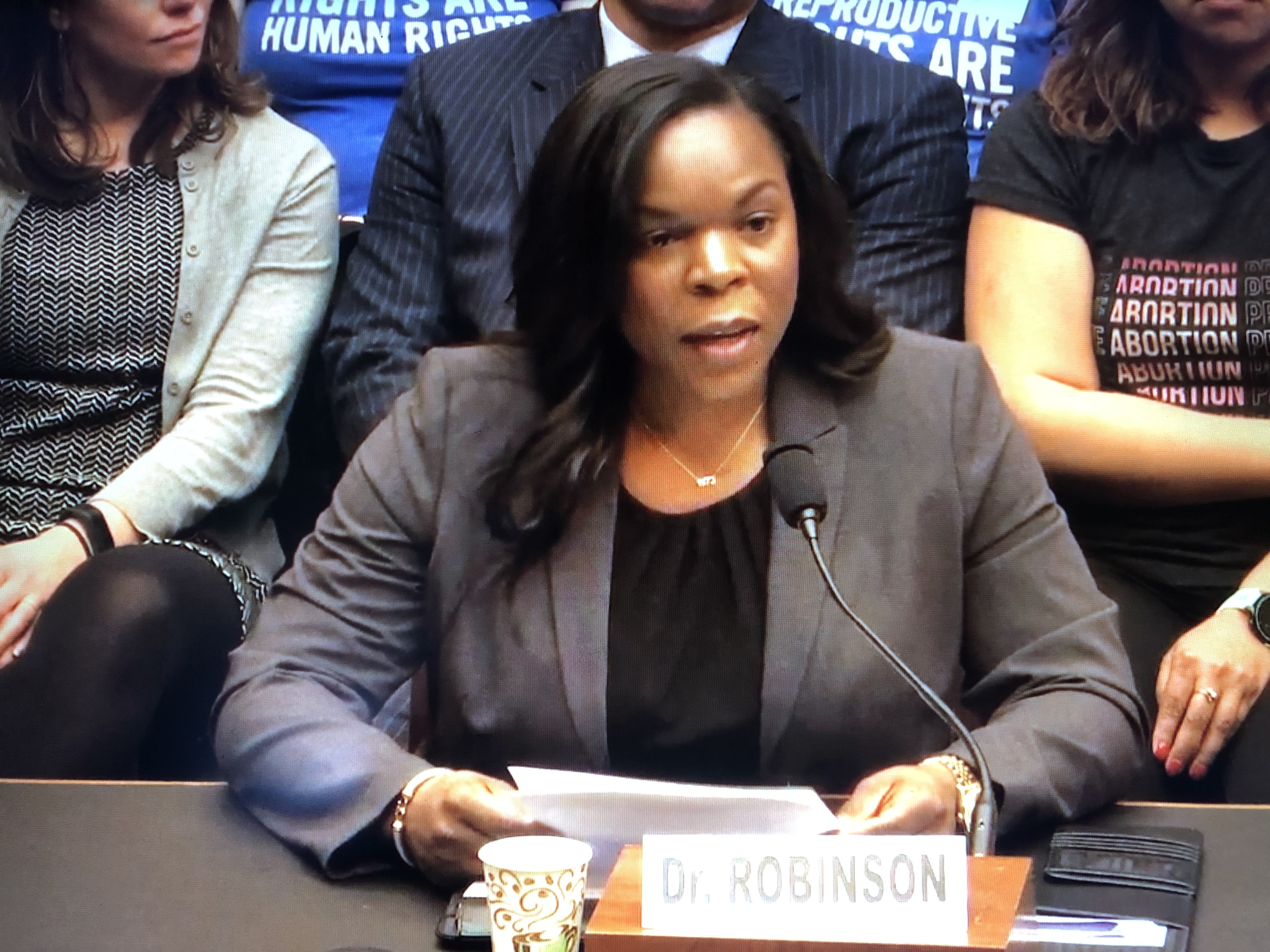 ‘I know the things people say early on to pregnant teens. There’s a lot of negativity, people telling you “Your life is over.” I’m not promoting it, but life happens and when it does, you need someone to tell you, “You can do whatever you need to do.”

‘I wanted to positively impact young women in my position.’

When others might have been worn down by past and present challenges, Robinson is instead rolling up her sleeves and now setting her sights on creating a brand new clinic to give patients access to the full spectrum of reproductive health care – delivery and midwifery as well as abortion.

Such a service has never been more needed. State legislation has made it increasingly difficult to provide abortion care, defunding Planned Parenthood groups, and banning state-funded doctors from giving patients advice on the topic.

Bizarrely, for Alabama’s women, giving birth doesn’t seem much more straightforward. For the state’s ob-gyn doctors, the incentive to work privately is clear. Commercial insurance pays them $2500 for every delivery, while Medicaid covers a mere $1390 and state funds only cover maternal health for the briefest of delivery windows. Meanwhile, lots of hospitals have lost their delivery services because of payment difficulties, forcing many expectant mothers to make trips of up to three hours just to give birth.

Now Robinson wants to ensure that even the lowest-income women in her state have access to whatever services they need, and that more midwives can be trained and supported to go out into the community. Midwife services, while something we can take for granted as a provision of the NHS in the UK, remain a luxury in the US. It is Robinson’s biggest wish that this area of medical care be recognized for the importance it plays in local communities as well as the fundamental women’s right that it is.

Once again, all of her plans face obstacles. She tells me she’s already faced down one legal challenge just in purchasing the building for the clinic. ‘The business next door didn’t want to be that close to an abortion provider,’ she explains matter-of-factly.

Why are so many people in America against a woman’s right to choose? Robinson sighs. ‘The rhetoric that informs your thought process is not logical but overwhelming,’ she says calmly. ‘Many people are raised very early on to believe that abortion is bad and don’t understand why women would choose it, how important and sometimes life-saving it is.’

I wonder why Alabama is so much more draconian than other states. ‘We just don’t respect women here,’ she says. ‘Their rights or the choices they make about how to handle their pregnancies.’

This means that, should Roe v Wade – the 1973 landmark decision that the United States Constitution must protect a woman’s right to an abortion – be overturned as a result of Donald Trump’s Supreme Court recruitment program, the state of Alabama will afford no default protection to any woman seeking to terminate a pregnancy. ‘Other states where there are protections for women will keep those services available,’ says Robinson. ‘But a lot of my patients are low income, and won’t be able to travel there.’

‘We just don’t respect women here,’ she says. ‘Their rights or the choices they make about how to handle their pregnancies.’

With this looming shadow, plus the daily threats and obstacles she faces, how does Robinson keep going? ‘My grandmother always told me, “You can’t have fear and faith at the same time,”’ is how she puts it. ‘If I’m going to be a faithful person and believe I’m doing the work I’m supposed to do, then I have to have faith that it’s going to happen, and not operate in fear, which would prevent me moving forward. But it can be very tiring.’

And frightening? She nods.

‘It does get to me. What motivates me is the support I get from family and friends, they allow me to have my moments, plus knowing how important my work is.

‘I was insulated while I was training, where I didn’t face any intimidation, so I didn’t understand what happened outside. By the time I left, it was too important to me to choose any other path. If I stopped doing the work, it would be devastating to me.’

Has she ever been tempted? ‘Absolutely not.’

Instead, when many doctors would have been lured away to far easier, less controversial but more lucrative avenues of medicine, and many human beings would have been forgiven for choosing less challenging ways of spending the day, Dr. Robinson’s clarity of mission remains stronger than ever.

‘Being able to get this center open, to give the women the option to have the care they want, whether it’s delivery or abortion,’ is how she envisages success for the next chapter of her working life.

And for Dr. Robinson personally? ‘Having the skill set to be able to meet my patient where they are, and to do it in a way where they don’t feel any judgement.’

To donate any amount, however large or small, to the funds for Alabama’s first freestanding Birth Center, go to: