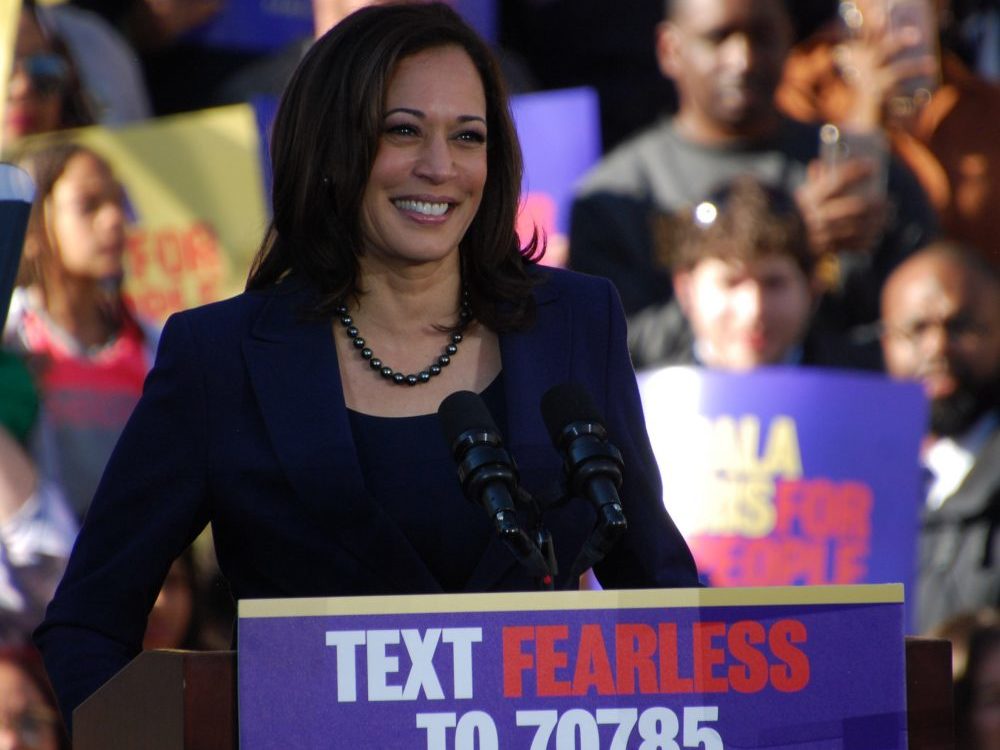 What Happened to Kamala Harris’ Campaign?

As the country, and the world, tuned in the junior Senator from California drew on her skills as a former prosecutor to ask the tough questions of Kavanagh and made a name for herself as a formidable, high-stakes debater.

Aside from the obvious goal of preventing Kavanagh’s confirmation, Harris had another purpose in her questioning – to establish the context for a line she would return to over and over in the next year: “We’re going to need somebody who knows how to prosecute the case against this president.”

Harris was planning to run for President.

And late last year, CNN ranked Harris number one in their power rankings of likely Democratic candidates. She received a rockstar reception campaigning for other Democrats in the 2018 midterms. Harris looked like a frontrunner before she had even announced that she was running for the Democratic nomination.

That announcement took place on Martin Luther King Jr. Day, January 21 2019. Within twenty-four hours, her campaign had raised over $1.5 million, equalling the record set by Bernie Sanders in 2016.

Since announcing, there has been little for Harris to celebrate. The biggest moment of her campaign came in the first Democratic debate, when the Senator destroyed Joe Biden for his record on school desegregation.

On the back of that debate performance, Harris rose to fifteen points (ahead of Sanders and Elizabeth Warren and trailing only Biden) in the RealClearPolitics index, an average of national polls.

But that bounce in Harris’ poll numbers has proved an anomaly. The Senator has now slipped to fifth in the RCP average, behind even South Bend Indiana mayor, Pete Buttigieg, a 37-year-old who had no national profile to speak of just a few months ago.

In Iowa and New Hampshire, the states with the first two primaries, Harris’ projected percentage of the vote is in the low single digits.

So what happened to Harris’ campaign?

Well, election day got closer and registered Democrats re-evaluated their best route to winning. This campaign, which some initially saw as a repeat of 2008, has turned out to be based more on desperation than hope and the older, white candidates have been the beneficiaries.

Race has so far been part of this election in a tacit way. It is much less of a talking point than in 2008, but in some senses this campaign is all about race. As Ta-Nehisi Coates wrote in the Atlantic, “Trump truly is something new—the first president whose entire political existence hinges on the fact of a black president.”

Just as Trump’s election was a reaction to Obama’s presidency, the 2020 election is all about Trump and about the Democrats doing whatever is necessary to rid the Oval Office of his misogyny and white supremacy.

Perhaps Democrats, even more battle-weary and despondent after one Trump term than after eight years of George W Bush, are unwilling to take the gamble and want to place their stock in electability above all else.

And electability is something Joe Biden has in spades. Re-elected six times as a Senator for Delaware, Biden is hugely popular amongst African Americans after eight years as Obama’s Vice President.

Warren too has a broad base of votes, having increasingly shored up support in white, middle-class communities.

There is clearly room for both Biden and Warren at the front of this race, but where does Harris fit in to the field? In addition to lacking an obvious voter support base, Harris has struggled to find her niche in a campaign where the big names have rooted themselves on the periphery of the party.

As the campaign has progressed, Biden has cemented himself as the standard bearer for the party’s centrists.

On the other end of the spectrum, Warren and Sanders have locked up the left wing of the party.

There doesn’t appear to be much clamour for a middle-of-the-road Democrat amongst the party faithful – all of whom want a strong opponent to Trump above all else.

The key question seems to be whether they opt for Biden who frames himself as a known quantity, an experienced, steady hand, or whether they choose a more renegade Warren or Sanders, a New Englander with a bold policy platform.

Harris’ campaign is not over, but barring major scandals or catastrophes for at least a couple of the frontrunners, it looks extremely unlikely that 2020 will be Harris’ year.

For those still determined to frame this as a 2008 re-run, 55-year-old Harris may not seem particularly young. The Democrats’ eventual nominee in 2008, Barack Obama, turned 47 that year.

But Harris is a spring chicken compared to the Democratic frontrunners. Warren will be 71 by next year’s presidential election, Sanders 79, and Biden will turn 78 just a few weeks after election day. There is time for Harris yet.

And regardless of who wins the Democratic nomination next year, Harris only needs to wait for the House of Representatives to impeach this president before she, as a Senator, will have a chance to prosecute the case against him.