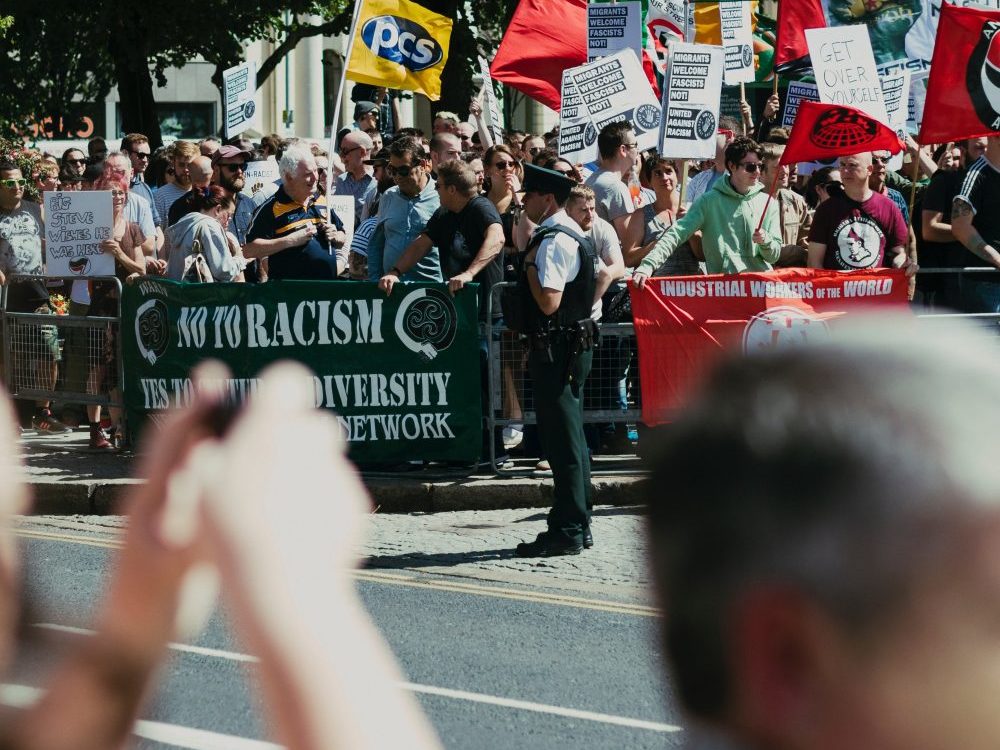 What is Happening in Northern Ireland?

From midnight tonight, abortion and same-sex marriage will finally be legal in Northern Ireland

Meanwhile, same-sex marriage is illegal – Northern Ireland is the only part of the United Kingdom that does not allow it. But not for much longer.

The North is most definitely now.

In July 2019 Labour MP Stella Creasey led a successful push in Westminster for a bill that would decriminalise and extend the right to abortion and legalise gay marriage in NI if the Northern Ireland government was not up and running by the 21st October 2020.

Abortion in Northern Ireland is currently illegal in all circumstances except when the mother’s life is at risk. There are no exceptions for rape, incest or fatal foetal abnormality. We are held accountable to the 1861 Offenses Against the Person Act, and this law is still actively being used to prosecute anyone who has or acquires an abortion in Northern Ireland, with the threat of life imprisonment if found guilty.

But what will happen come October 21st if the NI Assembly is not restored?

From the 22nd of October, anyone accessing an abortion in Northern Ireland will no longer face the fear of prosecution or life in prison. All current ongoing prosecutions, such as the tragic case where a mother is being prosecuted for obtaining abortion pills for her teenage daughter, will be dropped.

Access to abortion services in Northern Ireland are hoping to be available by March 2020, but up until then, patients will be able to access these services by travelling to England. Unlike before there will be no means tests, all costs will be covered including transport and accommodation. As someone who had to travel from NI to England for Endometriosis surgery, those costs can really add up. This is a welcome change and a much-needed relief to many; however, travelling is still not accessible for everyone.

To access abortion care you do not need to go through your GP. Patients simply need to call the central booking office on – 0333 234 2184.

Westminster will bring in legislation to make Gay Marriage legal in Northern Ireland. This will come into force from the 13th January 2020 and you and your same sex partner will be able to be legally married. Finally.

But will the NI Assembly restore government?

The NI Assembly has been suspended since 2017 after the Renewable Heat Incentive (RHI) scandal. Talks to restore devolution have fallen through at every step. Recently the Churches in Northern Ireland have put pressure on the MLA’s to restore government to intervene in this bill becoming law. Northern Ireland has been without a government for over 1,000 days. Important services have lost funding, people are dying on waiting lists for vital health services, mental health services are being cut in the region in the UK with the highest rate of suicide, homelessness is growing and our people are suffering, yet none of these reasons prompted the churches to push for this, it seems like that’s something that only a bill for bodily autonomy and equal marriage can do.

On Thursday 17th October after nearly three years without a government, a successful move to recall the Assembly was granted after the 30 MLA signatures required were obtained. A special sitting regarding the abortion legislation is due to be held on Monday 21st October. However, the government is still not restored, for the impending law changes to be void, a devolved government needs to be sitting in Stormont come Monday and with Sinn Fein already saying they won’t attend this doesn’t look likely.

As a cis woman who suffers from pelvic pain, I see only too clearly the connection between bodily autonomy and being able to advocate. When you are not even trusted with your own body, then how will you ever be trusted enough to have a say in your health care? At times throughout my journey I have felt like my existence as a vessel is one that has driven whether or not I get help for my pain. From 18 until the age of 23 my pain was blamed on the fact that I had lost my virginity, yet once I was engaged and past my mid-twenties this language shifted. My starkest example of this, was when I was seeing a bladder nurse after being admitted to hospital with urine retention. She commented on how something really needed to be done, so I could have sex, give my husband a wedding night and get pregnant once married. I had just spent 15 hours unable to pass urine, but the real issue of course was not my pain, it was the duties I would not be able to fulfil once I was married.

My hope is that with bodily autonomy comes better respect. Attitudes need to shift, so that the next generation don’t have to put up with this bullshit.

If you want to help or learn more about the situation in Northern Ireland the BPAS, Amnesty International & Alliance for Choice have long been campaigning for our right to choose. Abortion Support Network is a fantastic charity which helps vulnerable people who have to travel alone or who cannot afford the journey. If you want to learn about the real stories behind our abortion ban check out in her shoes NI, where anonymous accounts are shared.