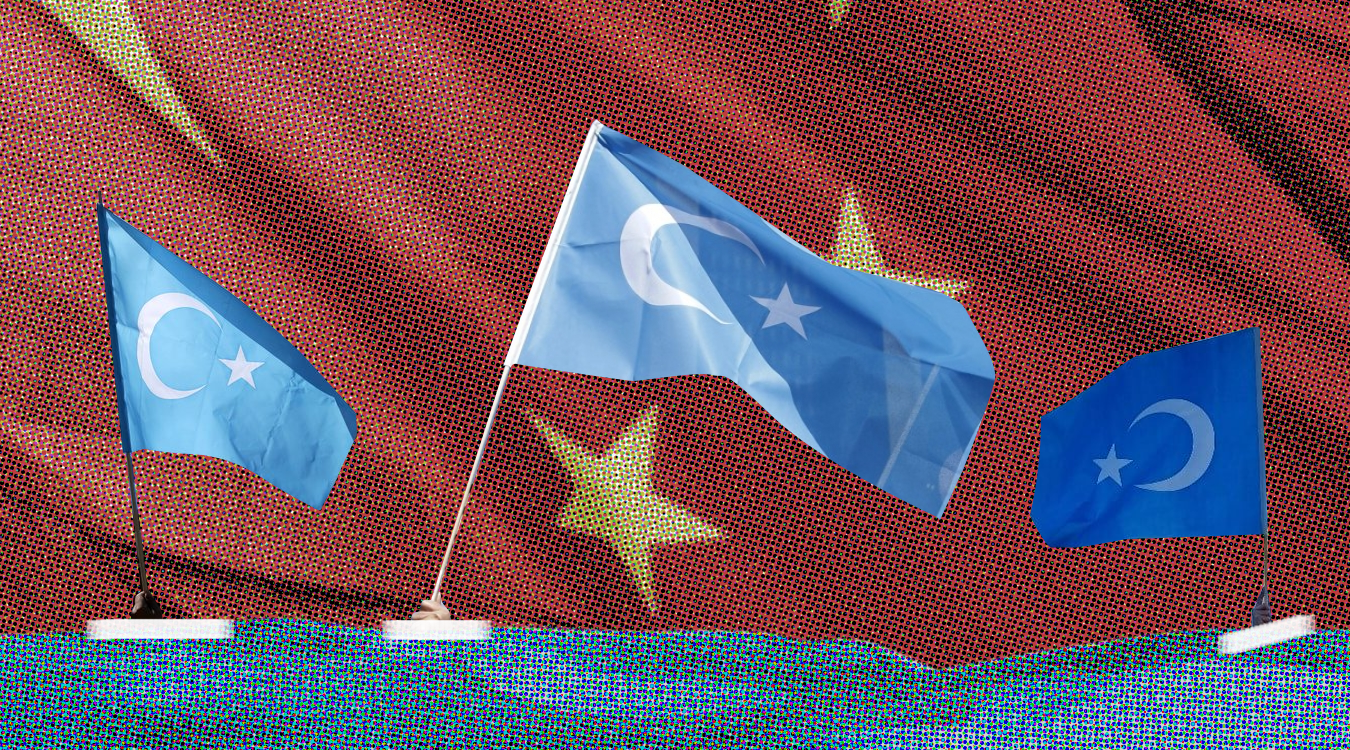 China is facing global political criticism over its alleged persecution of the Uighurs – a Muslim minority group who live mostly in the Xinjiang province in northwestern China.

When you see drone footage of countless people kneeling blindfolded with shaved heads waiting to board trains en masse, there’s only one question we’re asking. Is history repeating itself?

China is being accused of allegedly persecuting Uighur Muslims and forcing them into ‘re-education’ concentration camps, where they have been forced to eat pork and children have been separated from their families with the intention that they grow up not learning about Islam. In addition to all of this, the BBC recently reported that US Customs and Border Protection at the port of New York and New Jersey seized a 13-ton shipment of hair products worth than $800,000 of Uighur Muslim women’s hair, made by forced labour from children or prisoners of the camps.

With what feels like a blind eye turned against the global accusations against China, we are going to break down what’s allegedly been happening to the Uighur Muslims and how our actions can help.

Who are the Uighur people?

The Uighurs are a Muslim Turkic ethnic group, with the majority living in the Xinjiang region of China. There are approximately 11 million people. There are Uighur Muslims also in Uzbekistan, Kyrgyzstan and Kazakhstan and also living in Australia. Xinjiang has been under China’s control since 1949, with many Uighurs still identifying the region as it’s previous name East Turkestan. The region is influenced by a rich trade history, with towns such as Kashgar historically thriving under the Silk Road trading route.

Uighur Muslims also speak many dialects, one mainly influenced by Standard Xinjiang and Standard Soviet, depending on the proximity to neighbouring Kazakhstan. China is being accused of forcibly erasing the Uighur language (also called Uighur) and forcibly taking Uighur Muslims to camps in Xinjiang to learn Mandarin.

What’s China being accused of?

In 2017, the Xinjiang government passed a law prohibiting women from wearing any kind of veils and men have not since been allowed to grow long beards. Mosques have also been demolished in this region.

According to reports, over a million Uighur Muslims have been sent to more than 85 identified camps in Xinjiang. A satellite image from 2015 has revealed vast empty land in the Northwestern region, in comparison to the 22 April 2018 satellite image revealing a large compound, an alleged concentration camp. The movement to these camps happened mainly between 2017 to 2018.

The Chinese government including the Chinese Ambassador has denied the existence of these camps, however after images of camps, barbed wire fences and watchtowers emerged, the government has now acknowledged these as ‘re-education’ camps specifically for the Uighurs.

Uighur women have spoken out and said to be forcibly sterilised and the China scholar Adrian Zenz has also reported that Uighur Muslim women are being fitted with contraceptive devices and if resistant, they are sent to the camps. Many Uighur Muslims have said they have been detained, interrogated and beaten for their Islamic beliefs.

It’s important to recognise that the region where Uighur Muslims have been living is in a ‘special economic zone’, i.e. it has rich oil and mineral supplies. Did we mention that the Xinjiang region is China’s largest producer of natural gas and a key element to China’s Belt and Road project, the most expensive infrastructure project in history?

What is China’s response?

The Chinese government has justified the ‘re-education camps’ by stating they are combating religious ‘extremism’ and ‘terrorist activities’. This is due to violent incidents that took place in the capital’s Urumqi in 2009 and knife attacks at Kunming railway station in 2014.

The Chinese Ambassador to the UK, Liu Xiaoming has also said to the BBC, that ‘Xinjiang has completely changed since 1990 because of the thousands of terrorist attacks,” and denied any mistreatment to Uighur Muslims.

What has the global response been?

In September 2019, the US condemned China for the alleged treatment of Uighur Muslims at the UN General Assembly. More than 30 countries have also called out China’s treatment. In July 2020, the UK warned China over potential sanctions due to the “gross and egregious” human rights abuse. However, if asked whether the Uighurs were facing genocide, the UK Foreign Secretary Dominic Raab said the international community had to be “careful” before making such claims.

Why do we keep referring to the Uighurs as ‘Uighur Muslims’?

Instead of it being a sweeping or lazy generalisation, it’s key to state Uighurs as Uighur Muslims as being Muslim is key to why these ‘re-education’ camp are happening. It is Islamic culture that is being allegedly erased and Islamophobia that is used as a weapon against the Uighur Muslims.

How is fast fashion connected?

Fashion Revolution has stated that “a new coalition of more than 180 global human rights groups has stepped forward to call on the textiles industry to put a stop to Uighur forced labour in Xinjiang, China.”

“The coalition estimates that 20% of the world’s cotton is produced in Xinjiang, where involuntary labour camps are imposed on some 1.8 million Uighur people.”

This means almost every major apparel brand, from NIKE to Topshop to Primark, selling cotton products is potentially implicated, says the coalition. It’s calling on these brands to cut any connection with Uighur cotton.

What can you do?

It may be easy to feel helpless but our voices still matter and are crucial in aiding those whose human rights have been allegedly taken away.

It’s key to sign petitions, especially ones which call upon leaders to sanction trade with China and which asks the International Olympic Committee to not allow China to host the 22 Olympics.

As China does not allow aid and Uighur Muslims could be detained from such aid and contact, you can still donate to Uighur Muslims who have fled to neighbouring countries. It’s imperative we email our local MP’s and politicians to make a stand against these ‘re-education camps’ and the alleged treatment Uighur Muslims are facing. Amnesty International has a sample letter.

Regarding fast fashion, as well as revaluation where you spend your pennies, the Fashion Revolution coalition asks that we demand fashion brand’s to sign up to the coalition’s demand by removing Uighur forced labour from the supply chain. We can also contact brands (whether that’s on social media or via email) and ask simple #WhoMadeMyClothes. Transparency is key in realising how much of an impact our shopping habits and lifestyle choices can have on marginalised groups around the world.

Use your voice, especially to help those who can’t.