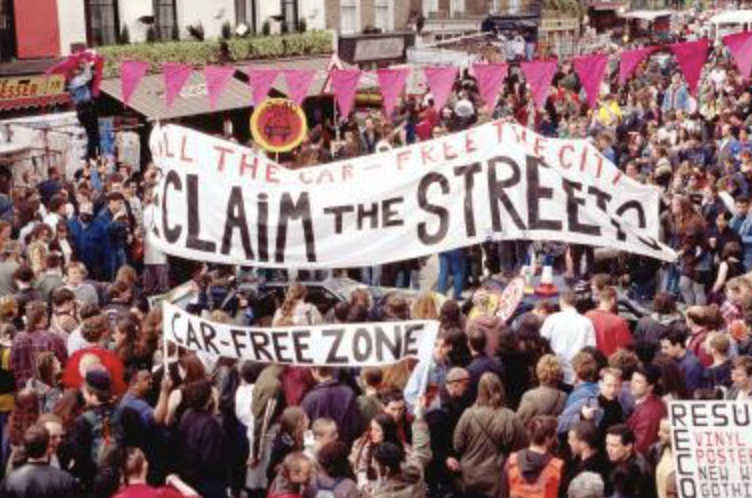 Where to Attend Reclaim the Streets Vigils in Your Area

Want to take a stand and give remembrance to Sarah Everard? Here’s when and where you can

The tragic, bone chilling news of Sarah Everard’s death, following her lengthy disappearance has ignited cities and towns across the U.K. into action. Many are holding vigils this Saturday in order to pay their respects and join in solidarity against sexual abuse, violence and harassment. These vigils, titled ‘Reclaim the Streets’ are a present-day incarnation of a long history of public protests for self-identifying women in the UK.

In honoring Sarah’s death, and protesting the rampant patriarchy which women must navigate in order to exist safely, these vigils follow the legacy of women’s marches and protests before them. From the Suffragette movement which successfully gave *most* women the right to vote in 1918, to the Reclaim the Night marches which first launched in 1977 following the threat to women’s safety posed by infamous serial killer, Peter Sutcliffe, otherwise dubbed ‘The Yorkshire Ripper’, to the Women’s Marches, whereby in 2017 we saw a staggering number of attendees amassing up to 100,000 women in opposition of Donald Trump’s presidency and what this represented for women’s rights.

Events like Reclaim the Streets give women’s voices a platform, and the opportunity to exist boldly and bravely in public, in spaces that we have been socialized to fear. Spaces like these offer safety and empowerment, and represent resistance to the authorities that tell us we need to change our lifestyles in order to be safe. Those who are quick to victim blame, rather than holding the perpetrators of these crimes responsible for their actions.

This weekend, all the vigils in remembrance of Sarah will be happening on Saturday, the 13th of March at 6pm. See below the exact meeting point in your local area.