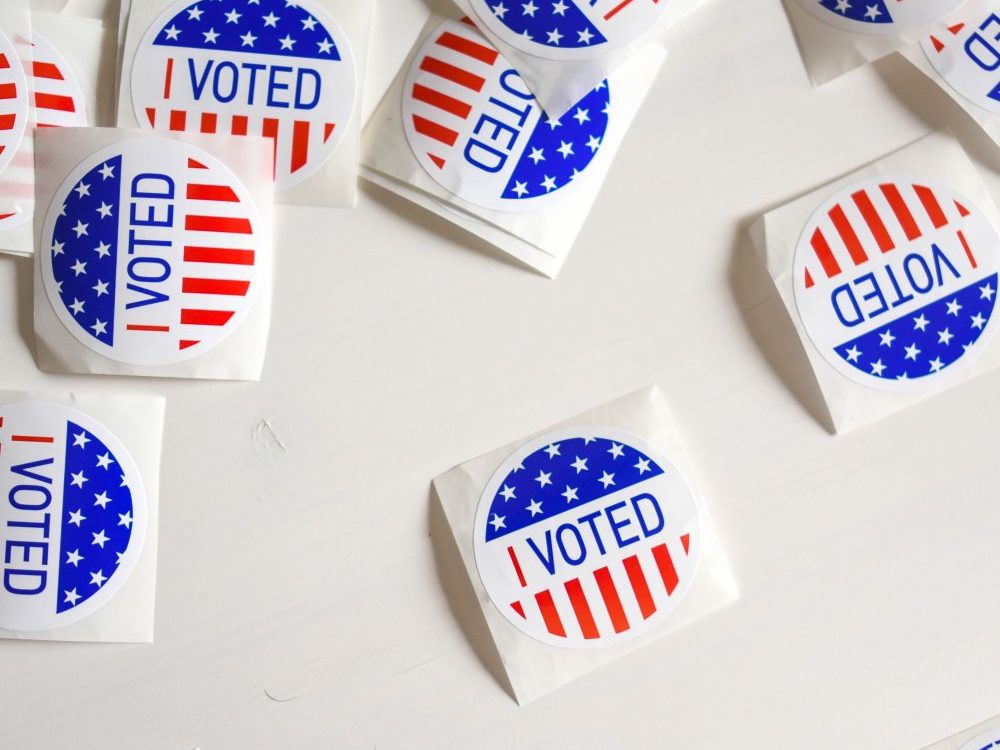 Why Are U.S. Elections So Awash With Cash?

It might seem obvious that candidates are desperate for funds, but this issue has serious ramifications for the future of the country

In a classic episode of the Simpsons, TV anchor Kent Brockman asks viewers, “It’s 11 o’clock, do you know where your children are?” and Homer angrily responds, “I told you last night: no!” If the episode were written today, I think Brockman would have another message to strike fear into the hearts of viewers around the country: ‘It’s 2020, do you know how your politicians are funded?’

The answer is: we often don’t know, and even when donation details are published, we are powerless to stop millions of dollars ending up in candidates’ coffers. As a result, those with the deepest pockets have a much bigger impact on politics than those of us with just one vote to wield.

Large corporations and the super-rich know that investing in politics is an effective use of their money. As elected representatives become dependent on this source of funding, many vote in line with the interests of their funders, without consideration of what’s best for their constituents. While so much money is flowing untrammelled into US elections, candidates also have to spend an enormous amount of time fundraising to stand a chance in state and national races. That’s time that could be better spent talking to voters and developing policy ideas.

As elected representatives become dependent on this source of funding, many vote in line with the interests of their funders, without consideration of what’s best for their constituents.

We’re still eight months out from this year’s presidential and congressional elections but already hundreds of millions of dollars have been spent on the campaign. According to OpenSecrets.org, a campaign finance watchdog, $6.5billion was spent on the 2016 presidential and congressional elections. It’s a staggering, almost incomprehensible, amount and we know very little about where the money came from.

So how did it get this bad?

It’s got a lot to do with 2010 case Citizens United v Federal Electoral Commission, in which the Supreme Court of the US said that a spending limit on ‘electioneering communications’ was unconstitutional as it ran counter to the First Amendment. This paved the way for the formation of super political action committees (PACs), which can raise money unlimited funds from corporations or individuals.

And there are no prizes for guessing the identity of one of the decision’s biggest cheerleaders. Senator Mitch McConnell called the case “an important step in the direction of restoring the First Amendment rights”.

Marge Baker is the Executive Vice President at People for the American Way, a progressive advocacy group focused on fighting right-wing extremism and building a democratic society.  She says that the Supreme Court’s decision to let unlimited amounts of corporations’ money into politics has had a clear impact on what comes out.

“What you see is people getting elected to office at the state or national level that are beholden to the special interests that got them there and that plays out in troubling decisions on climate change, on healthcare, on gun violence prevention, on a whole set of issues. So it makes it harder to legislate for the people because the people’s voice gets drowned by all this outside money.”

Ten years have passed since Citizens United but the impact of the decision continues to be reflected in Congress’ lack of action on key issues. There is a clear relationship between how prospective Members of Congress fund their campaigns, and how they vote once elected.

Texas Senator John Cornyn received more money from the oil and gas industry in the last year than any other Member of Congress – nearly $400,000. It’s not hard to see why. Cornyn has a long history of voting against protecting the Arctic National Wildlife Refuge from drilling, funding clean energy initiatives, and even acknowledging that climate change is real. Over the last year, Senator Martha McSally of Arizona accepted $92,000 from the National Rifle Association and she has been one of the NRA’s most reliable Senators, earning an A rating from them for her efforts to stymie gun control measures.

When Mike Pompeo was a Member of the House of Representatives his campaigns were so heavily funded by the climate change-denying, billionaire Koch brothers, that the Kansan was known as the ‘congressman from Koch’. Despite being elected in part by rural Kansas voters whose livelihoods are at risk from climate-change induced drought, Pompeo consistently voted against measures to reduce carbon emissions and transition to cleaner energy sources. He is now representing this dangerous agenda on the world stage as Secretary of State.

Without a cap on donations, incumbents who have had an opportunity to show their loyalty to special interests have a huge advantage. Congress is overwhelmingly white, male, and over the age of 50 which is not particularly representative of the population as a whole. But efforts to make Congress more diverse are hampered by the influence of money. Once these old, white men are elected, and start voting in support of the special interests that got them there, they are rewarded with even more funding next time – making the cycle difficult to break.

Alexandria Ocasio-Cortez, the congresswoman for New York’s 14 district, is part of a small, new wave of representatives who have managed to break through the big money barrier. She beat a firmly entrenched, and very well funded incumbent in the Democratic primary and with her election to Congress made the place slightly less pale, male, and stale.

During the campaign Ocasio-Cortez spoke often about the challenges of working within a flawed campaign finance system. “You can’t really beat big money with more money. You have to beat them with a totally different game,” she said.

So far very few others have been able to replicate Ocasio-Cortez’s success in playing that game. One of the major barriers for insurgent candidates is a lack of transparency about where the money is coming from. If you don’t know how your senator or congressperson financed their campaign, it’s impossible to accurately judge whether they are beholden to a corporate interest or acting in the best interest of you as a constituent.

Citizens United said that it was open to Congress to legislate for greater transparency. But that would, of course, require the same people who want to keep their donors secret to pass laws requiring that they disclose them.

Marge Baker says that the blame for the failure to do so thus far lies at the feet of Republicans: “The overwhelming amount of special interest money is coming from the ultra-conservative side. [Democrats] are not going to fight with one hand tied behind their back, but what you see at the federal level is that the desire to do something about this, to create public financing systems, to overturn Citizens United… you see the Democrats lined up pretty solidly in favour of the reforms… Republicans at the federal level just don’t support these kinds of reforms.”

Enter Citizens United’s big fan, Mitch McConnell. The Senate Majority leader is still wreaking havoc on campaign finance reform measures in the Senate and refusing to move them. McConnell’s recalcitrance brings the importance of this year, in which he and many other anti-reform Republicans are up for re-election, into very sharp relief.