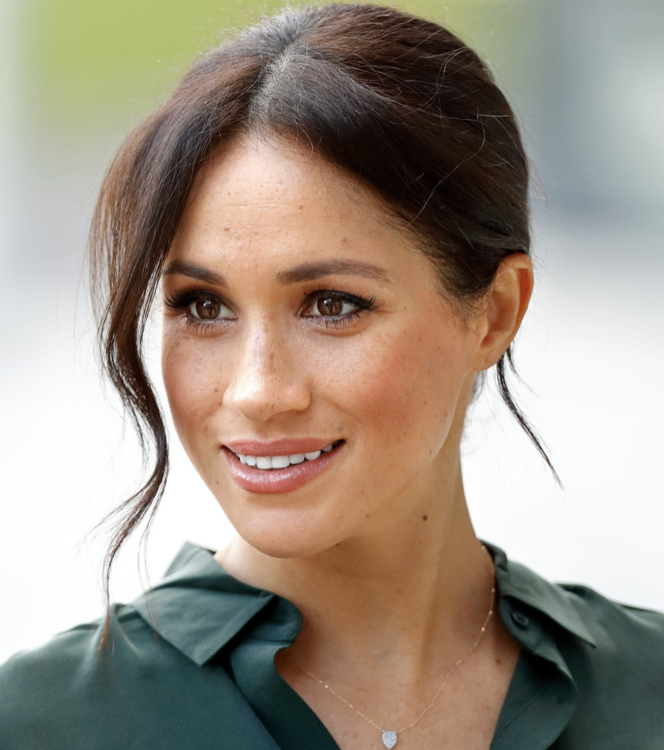 This was how the front page of Britain’s Daily Star tabloid paper shared the news that the Duke and Duchess of Sussex were expecting their second child.

The huge caption overlaid the picture released by the couple, a black and white image of the pair of them presumably in their garden in Los Angeles, except with the notable addition of their eyes blacked out, all to add to the point being made by the paper, that presumably if this couple truly wanted the privacy they claim, they wouldn’t be presenting themselves in this unseemly fashion.

The Star’s reaction was among several equally swift and brutal by voices across the UK media to, not so much the news itself – after all, nobody even within those walls would begrudge the couple their happiness and relief after Harry’s longtime wish for his own family, and the Duchess’s miscarriage last summer – but instead, the style in which the couple chose to make it public.

The paper even added a screen grab from the film Notting Hill with Hugh Grant and Julia Roberts in a matching pose, with the caption ‘Movie’ next to the one of Harry and Meghan’s ‘Real’. Message received loud and clear: that the couple are continuing to orchestrate their image in increasingly Hollywood fashion.

Piers Morgan, predictably, called the photograph ‘cheesy’ and compared the Sussexes to the Kardashians in their equally tireless pursuit of attention and self-aggrandisement. And bloggers across the board joined in too, while the monthly trumpet was sounded to demand Prince Harry be stripped of all his British honours, including his military titles.

The couple, it seems, are guilty on two counts. The first is timing – that this swing for attention on both sides of the Atlantic comes with unseemly swiftness only days after Meghan’s victory in London’s High Court, where a judge decided she had ‘a reasonable expectation of privacy’ when it came to her letter to her father not being published in the pages of another British tabloid.

To this charge, I’m afraid the reaction reveals an embarrassing lack of understanding by the UK media and its commentators about what a ‘right to privacy’ actually is. Winning such a right in the courtroom doesn’t mean you’re never allowed to show your face again, it means you’re the one who gets to choose when and what parts of you go on display, you decide when and how you exert that right, otherwise what’s the point of winning the case?

The second crime is apparently one of styling, because not only does it go against the grain of all previously self-contained royal announcement pictures, but this apparently intimate moment of joy wasn’t a spontaneous snap by someone close to the couple, but actually taken remotely from London, on an iPad by a Vogue photographer. To this second charge I can only ask: if you had the opportunity of a sunny garden and a professional photographer to capture your moment, would you say no?

But never mind the charges against the couple not really standing up to any kind of scrutiny, because the message in the media is loud and clear, another chapter in the narrative of these two has already been written, the narrative that says they don’t really want privacy, quite the opposite, they just want to control their image and fan the flames of adoring, gushing attention everywhere. And that Meghan (always Meghan, never Harry, have you noticed?) is California’s own Lady Macbeth, uber-controlling, hypocritical, arrogant and, worst of all, clearly having her cake and eating it.

The thing is, even IF Meghan is anywhere near as uber-controlling, in love with her own vision and horribly complacent about what she thinks she can uniquely bring to the world, with Harry in the side-car and soon-to-be two photogenic tots along for the ride, I’ll buy that. I’m completely prepared to accept it because the alternative is… Britney Spears.

Everything we saw in the toe-clenching documentary ‘Framing Britney Spears’ from the sexualization of a teenage girl, to the paparazzi filming her mental breakdown frame by frame, to a bunch of lawyers making we can only guess how much money in their infinite willingness to continue to control her affairs through conservatorship, we were served one horrible reminder after another of exactly what someone not being in control looks like, how miserable it can be for them, what behavior it permits or even endorses from others, and the apologies that inevitably have to follow, even if them take years to come and only then with the pressure of social media and a brand to protect (yes, this is about you, Justin Timberlake).

In the light of watching the documentary this week, I’ve been looking back to that time of Britney’s rise and fall, and trying to think – who was that era’s untroubled version of Britney, America’s former sweetheart? Was it Lindsey Lohan? Paris Hilton? Nicole Richie? It was none of them. It seemed that stardom for a young girl in Hollywood in that era came with a huge emotional cost, that the female public figures around now – from Beyonce to Taylor Swift to, yes, Meghan – hopefully don’t have to pay.

One of the very few to have lasted the course, to have gone through that era and come out the other side without a police mugshot to show for her troubles and all the personal downfall that it implies is, of course, Madonna, who told us decades ago, ‘One gin and tonic is about as out of control as I ever get.’

Do we want our female stars, those women whose feats we enjoy and admire, to be in control of their image or not? I’ll take the idea of Meghan’s “hyper-controlling” purported tendencies over the alternative, women being pushed too far by the press, any day of the week.