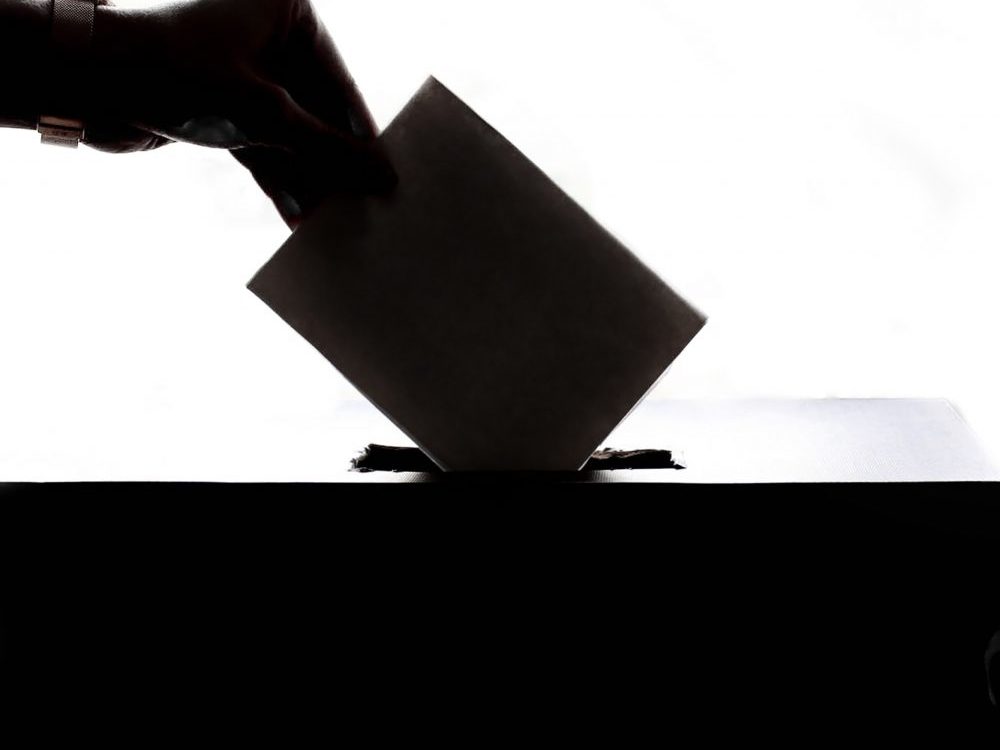 This General Election Is So Damn Important

“Things fall apart; the centre cannot hold; mere anarchy is loosed upon the world” – this line from W.B. Yeats’ poem ‘The Second Coming’, which he wrote in the aftermath of the First World War, feels particularly pertinent right now. It’s not just about violence and war; it’s about political turmoil and the breakdown of society. The old rules no longer apply – so where does that leave us? Confused. The 2019 General Election has seen a political landscape distorted by two extremes – on one side is a radical socialist who has failed to stamp out the antisemitism in his party, and on the other is a lying racist who is pushing his party further to the right.

Voting in the ‘Brexit election’, or the ‘Love Actually election’, as its become known, was never going to be an easy decision to make. Boris Johnson runs the most unpopular new government on record, Jeremy Corbyn is the most unpopular leader of the opposition. So it’s fair to say that many voters found the main options underwhelming. But, this election is a significant one. As we head into 2020, this election will define the next decade. The previous 10 years have been marred by political failures; Grenfell, the Windrush scandal, austerity, Brexit (even if you voted for it – the government’s handling of it has been abominable), a spike in hate crimes, terror attacks, climate change, and record highs of people using food banks. Not to mention, a recent study that showed almost 5,500 patients have died since 2016 because they spent so long on a trolley in A&E waiting for a bed in overcrowded hospitals. The list goes on. There is a common theme. The Tories have been running the country since 2010. Surely, the moment for change is now.

From the hallowed halls of Westminster to Whitehall, the political elite are desperately trying to bail water out of a sinking ship – or they are abandoning it altogether. More than 70 MPs will stand down at this election, with some citing the abuse they experience as an MP, or the lack of tolerance for different viewpoints within their party. On the other side, public trust in the government is at an all time low, with 72% saying that the UK’s democratic system needs a lot of improvement, according to the Hansard Society. It’s the worst figure in the 15 years the charity has carried out its annual political engagement audit.

Whatever happens next, the new government needs to reignite the public’s trust – and fast. Brexit is obviously a key concern for the country, but there are other issues that need attention: the NHS, domestic abuse, our hostile immigration system, homelessness, and the environment, to name a few.

I urge you to look online at the different parties’ manifestos, or listen to our latest podcast episode for a rundown of the key points, before heading to the ballot box so you can make an informed decision. Briefly, if we look at some of the policy promises of the two main parties, Labour plan on creating a more humane immigration system, raise the minimum wage to £10, introduce free childcare for all 2-4 year olds, and spend £26 billion on the NHS by 2024. All of this sounds great, but how are they going to afford it? They say they will increase taxes on the rich – so only those earning over £80,000 will be impacted (95% of the population will not see any tax increases), as well as higher corporation tax. Jeremy Corbyn, love him or hate him, has an ambitious plan if he is elected – so much so that he’s being compared to Santa Claus. But, if we look at the tax rates and public spending of other European countries, his plans don’t seem unrealistic at all.

There’s also the small issue of Brexit – the Tories want to get it done and dusted by January. Labour want to renegotiate a new Brexit deal within 3 months and then hold a second referendum on the deal or remain within 6 months.

The Conservatives, if reelected, want to have no income tax, VAT or National Insurance rises, and will introduce a points-based immigration system, amongst other things. One of their key manifesto promises is the addition of 50,000 nurses, which has already been criticised for not being 100% true as 18,500 of them are actually already working for the NHS and will be retained. Can we trust Boris Johnson? He promised us he wouldn’t prorogue Parliament, and then he did. He said he would “rather be dead in a ditch” than agree to extend the Brexit deadline, but then he did. He seems to be driving another big red bus of lies. The question is, when will it stop?

Today’s polls show Conservatives ahead with 44% of the vote share, Labour at 34%, and the Lib Dems at 12%. The Tories’ lead has narrowed so there is still the possibility of Labour gaining ground and pushing them out. Boris Johnson is hoping for a majority in order to get a mandate for a hard Brexit. But, it’s looking ever more likely that a hung parliament could be on the cards either in favour of the Conservatives (in which case they’d need the support of the DUP and Johnson would need a new Brexit deal), or a Labour minority government (in which case they’d need support from another party to prop them up, e.g. the Scottish National Party – but only if they grant Scotland a second independence referendum). Your vote could be the one that swings it – don’t think it doesn’t count: it does.

In these divisive times it can feel a bit overwhelming – and tempting to just hide under a rock. But this would be foolish. We need to be engaged in order to enact change. A surge in young people registering to vote suggested that there may well be some scraps of hope left to cling onto. Could this be the election to rival the “youthquake” we witnessed in 2017? This overwhelmingly benefitted Labour and left the Conservatives with no majority.

3.2 million people registered to vote since the election was called in November, two-thirds of those new applications were made by people aged 34 and under. Polls suggest that younger people are more likely to vote Labour, Lib Dem, or Green – they want change. Why? We are more likely to have student debt, be stuck in the perpetual renting cycle, work in the gig economy, support a second Brexit referendum, and be worried about climate change. All the things the Conservatives are either against, or have caused, or do not take a strong enough stance on. Labour may not be perfect, but it is a party that encourages liberalism, social justice, and internationalism. And right now, that is what the UK desperately needs.

If the youth turnout matches the spike in applications to vote, we could wake up on Friday the 13th feeling not so unlucky. But, only if as many young people as possible – women and men – go out and vote. Women under 30 are the demographic least likely to vote, and are more likely to be undecided (15% of women say they intend to vote but don’t know who for yet). This is a crucial stat because research shows that women under 35 are more likely to vote Labour. It’s no wonder: over 85% of the burden of Tory/Lib Dem cuts has fallen on the shoulders of women.

It’s been 101 years since women were given the right to vote in the UK (although only women who owned property); suffragettes went on hunger strike, chained themselves to Parliament, got sent to prison, and even died, so that future women could have a say in the running of our country. So, today is the day to stand up and get your voice heard.