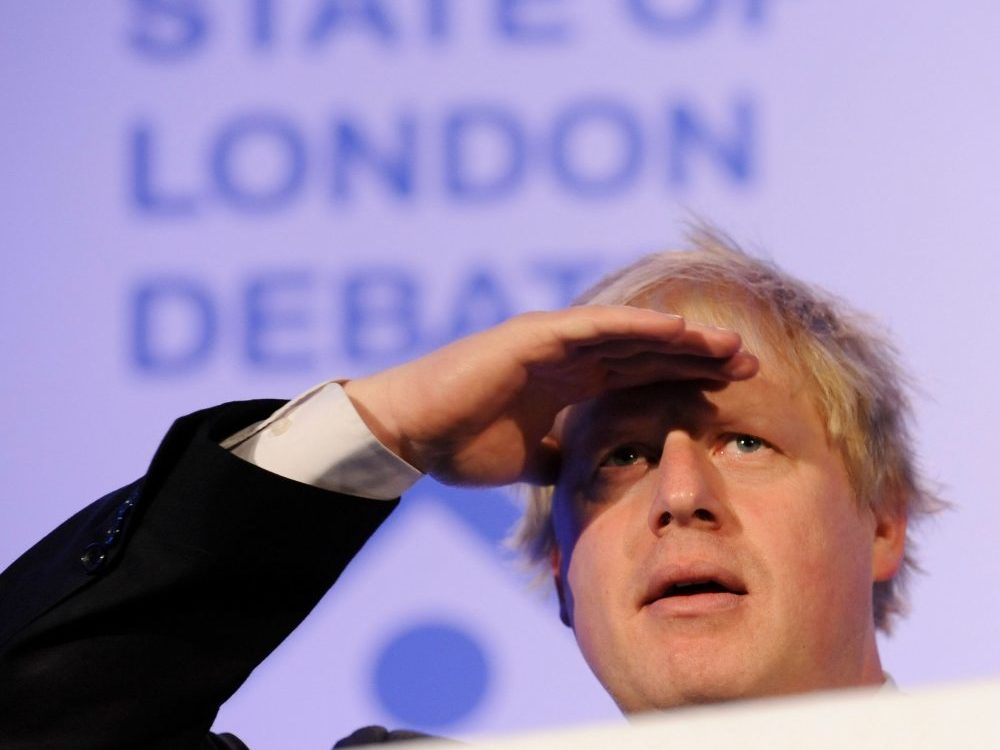 Will Boris Johnson Finally Face Up To Women?

Now that he is everyone’s Prime Minister, he’ll have to learn to deal with the female half of the electorate

Boris Johnson must realise his record when it comes to women has never been impressive, even before his former Cabinet colleague Amber Rudd made her memorable comment about him being “not the man you want driving you home at the end of the evening”.

Now, as he prepares to walk through the door of Number 10 and become the leader of all the men AND women in this country, he must seek to improve his record with half his electorate – both in how he treats them, and how they regard him in return. If he needed any further proof that there is room for improvement in both respects, he need look no further than the results of a Guardian poll released on Friday. It reveals that, of the 70,000 readers polled, 70% of the women view his clownish tendencies to be part of “a calculated act”, 91% of them believe him to be “xenophobic” and a whopping 97% call him “repellently dishonest”. Ouch!

Johnson, though has done a relatively good job of suppressing his more mischievous impulses throughout the leadership campaign – helped by being kept under lock and key by his team, until most voting party members had already made up their minds – and the last week has seen him make a token gesture in the direction of equality in parliament, with the airing of a letter he wrote last month to Conservative Women in Parliament. In it, he supported their aspiration of 50% of prospective parliamentary candidature, and added, “I would like to see a similar focus for all levels of the party.”

Although with typical sleight of hand, this meant dodging a commitment to a 50/50 split within the Cabinet, he later joined rival leadership candidate Jeremy Hunt in pledging to fill at least one of the ‘top four’ roles – Home and Foreign Offices, Treasury and PM – with a woman.

Cabinet representation is crucial, following Theresa May’s departure, and he has plenty of female ability to lean on. Amber Rudd has indicated she’ll be happy to continue to serve, as has Penny Mourdant. Ardent Brexiteers Liz Truss and Andrea Leadsom can probably expect their phones to ring as well in the first few hours of Boris Johnson’s recruitment session.

Key to this newly women-facing Boris is his partner Carrie Symonds. A seasoned Tory strategist and communications adviser, she is the person credited for reeling him in, insisting that he not respond to barbs with his own, making him as ideologically elusive as ever, but harder to beat during the campaign.

Symonds is a woman who knows her own mind. Following her eight years working for the Conservative party, a role she left when her relationship with Johnson became public, she has been tireless in her campaigning for eco-awareness in her role with Bloomberg’s Vibrant Oceans programme.

Last year, she was instrumental in efforts to keep black cab sex attacker John Worboys behind bars. Back in 2009, she had been one of his victims, giving her a lift in his cab and then spiking her drink. When she learned he was about to be released, she added her weight to other victims’ voices and persuaded the Parole Board to review the case.

More significantly, accounts of her row with Boris Johnson at their home at the height of the campaign were telling. Her overheard complaints of “Get out” and “You don’t care about anything” paint a picture of a passionate woman with the confidence of youth, not prepared to put up with bad behaviour, however charismatic and powerful her partner. It also paints a picture of Boris Johnson as a man in his mid-50s having to adjust to treating a woman as his equal.

All of this contrasts with many of the new leader’s previous pronouncements on women, which have ranged from faux-schoolboy naughtiness to far more harmful and apparently indifferent misogyny.

His days as a full-time journalist saw more of the former, adopting a kind of Bertie-Wooster-meets-Benny-Hill persona, reveling in his apparent confusion and objectification of women. At the Labour Party conference in 1996, he wrote in the Telegraph of “the hot totty” in attendance, and commented that “with the fickleness of their sex, they are following the polls”.

As the paper’s correspondent in Brussels, he gleefully reported that the Pirelli calendar of nude models he kept on his desk “caused something of a stir. They made women feel embarrassed, I was told.”

As a motoring columnist for GQ magazine, he leant on descriptions including “filly”, “chicks”, women “waggling their rumps” and thoughts of the “ample bosoms” behind the female voice of SatNav. Can you imagine somebody less posh-sounding than Boris Johnson getting away with this? Or with his description of Hillary Clinton as “dyed blonde hair and pouty lips, and a steely blue stare, like a sadistic nurse in a mental hospital”?

His striking comments weren’t entirely reigned in when he entered politics. He sought to be voted MP for Henley in 2005 by promising “voting Tory will cause your wife to have bigger breasts”.

His tenure as Foreign Secretary was revealing. During the leadership campaign, his team championed his commitment of £212million in UK aid money to secure education for a million vulnerable girls across the Commonwealth. However, it is for his casual treatment of one vulnerable woman overseas that this chapter will forever mark him.

After British Iranian national Nazanin Zaghari-Ratcliffe was detained in Iran, she claimed she had been on holiday at the time. Johnson went on the radio to claim that she’d actually been teaching journalists in Iran. A few days later, she was summoned before a judge to face charges of plotting in propaganda against the regime. She remains in jail, recently moved to a mental ward, while her UK-based husband has been on hunger strike. Johnson claims his remarks made no difference to her situation, although he had to apologise in Parliament.

Then last year, he wrote in a Telegraph column that Muslim women wearing a burka “looked like letterboxes”, adding that any female student dressed in one should be asked to remove it. These remarks, what he later brushed off as “plaster falling off the ceiling” were directly linked to subsequent abuse of Muslim women by the charity Tell Mama; they cited four different incidents of women being called similar names in the week after his words were published, despite none the week before. Islamic observers remain concerned that Johnson, like his American counterpart, knows exactly what he is doing – playing to his own UK base of those Tory voters who believe Islam to be a threat to Britain, and who will defend a voice they think represents them.

Of his eight years as London’s mayor, he records his biggest improvements in areas of crime, housing and transport. When pressed on women’s issues, he cites a strategy to eliminate violence against women, improving support services for victims of abuse both sexual and domestic plus creating specialist units within the Met to deal with rape, sexual assault, human trafficking and prostitution.

But as London Mayor, in 2013, he launched the World Islamic Economic Forum alongside the Malaysian PM Najib Razak, who was asked about the role of women. As the Asian leader proudly cited the number of female students entering university, Boris Johnson suggested it was because “they have got to find men to marry”.

Even if Mr Razak had read enough P.G. Wodehouse to laugh along, Johnson’s record in parliament makes for less merry reading when it comes to women’s rights. He has made it a custom to abstain from any votes on abortion, including those in Northern Ireland where abortion remains illegal – a surprising mindset from Johnson, who usually operates from a default of more liberal, individual-supporting instincts, particularly when it comes to his own chaotic personal life, in which his treatment of women has come freshly under the microscope.

This includes multiple affairs, two alleged abortions by his former lover Petronella Wyatt, a child born to lover Helen MacIntyre whose existence became known after the Court of Appeal quashed his injunction, and claims of another child born out of wedlock. Public questions of just how many children our new Prime Minister actually has have gone unanswered by Boris Johnson or his team, but it is clear his wife of 25 years Marina Wheeler had suffered huge amount of public humiliation, culminating in their divorce in 2018, and his new partnership with Symonds.

In both her influence and public image, Carrie Symonds’ presence will be crucial to Boris Johnson’s success in the coming months. As he seeks to unite warring factions of his own party, never mind a divided nation, he will need to improve relations with one half of the electorate in particular. And perhaps learn from the woman at his side on how to communicate with and about them, what is and isn’t important, and what they will and won’t tolerate.